What’s Jeffrey Gettleman problem? This week he has a story in The New York Times about Somalia’s Radio Mogadishu, “the one and only relatively free radio station in south central Somalia where journalists can broadcast what they like–without worrying about being beheaded.”  Then he has to praise the Italians who once colonized Somalia (they dressed well), get locals to tell him they’re “really dark” and bring up “Black Hawk Down.” He piles on about how derelict and broken down things are, except the story is accompanied by images (like the one above) of the soundproof studios with what looks like the latest computer editing equipment.

Britain’s Home Office has had research done on the Muslim blogosphere. What they paid for is turning out to be rubbish. [The Guardian]

A group of white Zimbabwean farmers whose land had been confiscated by Robert Mugabe’s regime, try to get hands on property and land owned by Zimbabwe’s government in Cape Town, South Africa. [BBC]

“Power-sharing,” where electoral victors have to co-exist with intransigent leaders on the African continent, is now the preferred solution to political crises on the continent. Think Robert Mugabe in Zimbabwe or Mwai Kibaki in Kenya. To unpack this phenomenon, the journal Africa Spectrum has a special issue on this topic. Check it out. [Africa Spectrum]

Victims of sexual abuse at the hands of Catholic priests and a cover-up by the church hierarchy, at least got an apology out of Pope Benedict, but in Rwanda where the church were participants and enablers of the 1994 genocide he is completely silent. [Comment is Free]

As for Rwanda’s government, they think computers will exorcise the country’s violent history. [The Guardian]

Meanwhile, Rwanda has elections coming up later this year and opposition politicians are complaining that they’re being arrested or harassed, journalists are being threatened by the ruling party and the genocide is now a way to justify President Paul Kagame’s 15 years uninterrupted rule in one capacity or other.

Human Rights Watch released a report last week that accuse the Ugandan religious-rebel army, the Lord’s Resistance Army–known for its campaigns of rape, abduction and turning children into soldiers, of going across the border into the neighboring Democratic Republic of Congo and in four days murdering 321 civilians and abducting 250 others, including at least 80 children. Predictably the LRA denies it.

Apart from the silly “oil curse” headline, this “Independent” (UK) newspaper story on Nigeria’s oil-rich, but dirt poor, Niger Delta is worth the read.

By now you know that resist the old “resilience of Africans” trope, but I can’t stop celebrating the Kinshasa Synphony Orchestra. The Economist has a tight review of the new documentary on the Orchestra, including this insight: “… Most of the orchestra’s prblems will be familiar to amateur musicians the world over.”

Congolese artist Sammy Baloji’s photography is being exhibited in Manhattan till April 28.

By now you know I think Mulatu Astatke, “the godfather of Ethiopian jazz” (see my previous posts on this blog) is a god and I’ll take any excuse to post about him. The news is that his new album, “Mulatu Steps Ahead,” is out (you can get a free download off his site). And as the London Times reports Mulatu discovered jazz while at boarding school in Wales.

Finally, on a solemn note, “The Guardian” (UK) finally has an obituary of South African liberation hero, Fatima Meer. It is surprisingly short and without emotion. Better to check out is South African journalist Maureen Isaacson’s piece in the Sunday Independent (South Africa) or the contribution of US sports writer Dave Zirin (he wrote a similarly excellent celebration of the life of poet and activist Dennis Brutus).  Here‘s also a link to pictures of Meer’s funeral posted by Books Southern Africa‘s Ben Williams. 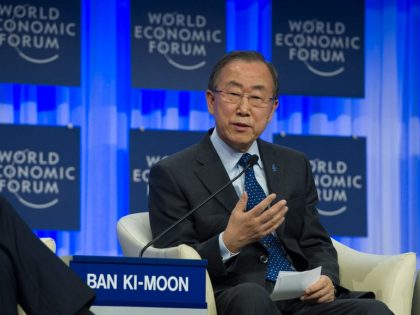 Are Corporations Colonizing the UN?

If market-focused empowerment becomes the norm in development, who will want to learn about politics or find out why their countries are poor in the first place?