Following his election in 2017, French president Emmanuel Macron committed a large part of his political agenda to renew dialogue with his African peers; a much-needed tabula rasa after his predecessors François Hollande’s unpopular military ventures in the Sahel and Nicolas Sarkozy’s overall “troubled rapport” with the continent. Macron knew that his ambition to open a new page in French-African relations could only be met if he adapted his diplomatic modus operandi. At the heart of his new diplomatic strategy, the recruiting of various African intellectuals turned out to be a key asset in trying to shift the Françafrique narrative, while simultaneously protecting French interests on the continent.

In 2017, following a wave of allegations from African countries demanding that their cultural heritage kept in French museums be returned, the president chose not to play deaf. Instead, he commissioned Senegalese scholar and writer Felwine Sarr and French art historian Bénédicte Savoy to lay down the framework for the comprehensive restitution of African cultural property. The report, which was received with enthusiasm by African leaders and globalized the debate around stolen colonial art, was also an incredible publicity shot. To turn words into action, and further strengthen his popularity among African leaders, Macron also made sure to visit several countries concerned with the restitution of cultural artifacts and bring African experts with him. Macron even earned the support of Senegalese philosopher Souleymane Diagne, who viewed the restitution of artifacts to Sénégal and Benin in 2018 as a success. In reality, the restitution of only 26 objects appears rather superficial, almost cynical, considering that at least 46,000 looted objects are still kept within French museums.

France’s economic, political, and military leverage in Africa has come to be challenged by various external powers. In Cameroon more specifically, successive British, Israeli, and Russian military agreements testify to the weakening of French influence in Central Africa. It is in this context that, in July 2022, the French president flew to Yaoundé to pay a visit to his homolog Paul Biya, in power in Cameroon since 1982.

Again, Macron had carefully selected his entourage for this trip. Most importantly, he invited along the Cameroonian scholar, Achille Mbembe, based at Wits University in South Africa and a close friend of Macron, who is known for being a fierce opponent of the autocratic rule of Biya. Earlier that year Mbembe was tasked by Macron to organize the Africa-France summit in the city of Montpellier. On paper, the summit was an attempt at rethinking French-African relations and emphasizing the role of African civil societies in tackling contemporary developmental and environmental issues. The aim was also to promote Africafrance as the ideological opposite of  Françafrique (how French-African relations have been characterized, mostly to the benefit of the French state and French corporations, since colonialism), and suggest that African states may well be the new masters of the game. Diagne, who also contributed to the organization of the event, claimed that, among others, African states now perceived France as a potential economic partner. This helped reinforce the idea that power dynamics are shifting in favor of African states, and that France wanted to keep a low profile. However, both scholars were heavily criticized back home. Indeed, a large segment of the African intellectual public opinion viewed the summit as a shameless attempt by France to improve its reputation, trivialize its complex history with the continent, and create the illusion of a balance of power.

The recruiting of African scholars like Felwine Sarr, Mbembe, or Diagne is an integral part of Macron’s attempt to bury the concept of Françafrique and to demonstrate his moral “correctness.” Interestingly, Macron’s strategy is nothing new. Sarr, Mbembe and Diagne’s motivations aside, under colonial rule, a network of “French-educated” African elites ensured that French influence in former colonies would not be jeopardized after independence. Known for being one of the founders of the Négritude movement, Sénégal’s first president Léopold Sédar Senghor was a fierce advocate for the emancipation of African, Black, and diaspora identities and an active critic of eurocentrism. Ironically, Senghor also believed that this emancipation could only be achieved by maintaining Franco-African ties. Note that the “poet-president” attended France’s most prestigious universities, was named minister under the presidency of Charles de Gaulle, became a French academician, and spearheaded the creation of the Organisation Internationale de la Francophonie, the equivalent of the Commonwealth for British former colonies. Therefore, Senghor played an ambiguous role in both Africa’s struggle for independence and in maintaining France’s soft power in former colonies like Sénégal. Unfortunately, Senghor is not an isolated case. Côte d’Ivoire’s first president Félix Houphouët-Boigny, whose life path resembles that of Senghor in many ways, entertained an ambivalent relationship with French authorities. Houphouët-Boigny is believed to have coined the term Françafrique to illustrate his desire to maintain a special bond with Paris after accessing independence. This partly explains why Côte d’Ivoire remains an unshakable bastion of the Francophone world to this day.

Claiming that intellectuals like Mbembe, Sarr, and Diagne played a similar role in supporting the neo-colonial aspirations of the French state as did Senghor a generation before them, will be dismissed as ahistorical by some. And Mbembe, Sarr, and Diagne would certainly object. The different historical contexts in which these two generations of scholars evolve do not allow for such hasty comparisons. Mbembe himself claimed in his book, On the Postcolony, that Africa is no longer the “colony” described by Frantz Fanon in The Wretched of the Earth.

However, none of this can or will stop Macron from using their expertise to display his good conscience and subtly restore a semblance of French influence in Africa through a new form of intellectual soft power. 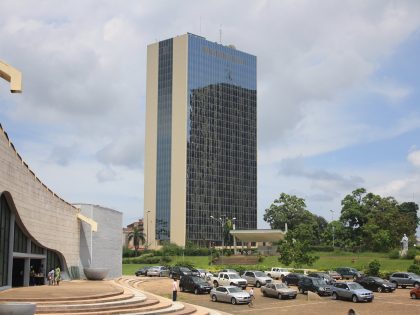 An uncompromising criticism of the CFA franc

The CFA franc, pegged to a strong Euro, penalizes African economies as well as regional trade and facilitates the development of Western multinationals. 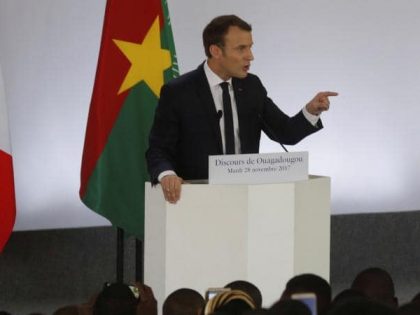 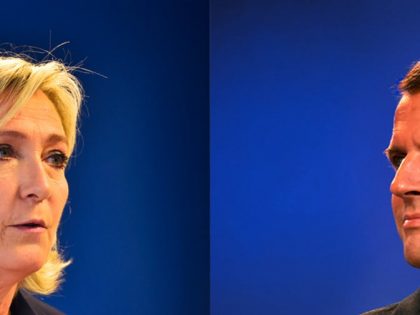 The real danger of an Emmanuel Macron victory is that, simply by virtue of not being Marine Le Pen, his policies will be treated as reasonable.