What does it mean for an “extinct people” to reassert itself politically, economically, and culturally? Who determines their supposed extinction and how is this notion challenged? How and why do people “revive” a purportedly forgotten past in search of identity, recognition and reparations? Where does such a movement come from and what kind of followers does it attract? And why, most of all, does “indigeneity” play such a prominent role?

These questions lie at the heart of my book, Khoisan Consciousness: An Ethnography of Emic Histories and Indigenous Revivalism in Post-Apartheid Cape Town (published by Brill in 2022). The term Khoisan has controversial origins, but it is commonly used in reference to the Cape Khoi, San, Griqua, Korana and Nama ethnic groups with the oldest footprint in Southern Africa, including by many of the people concerned.

Despite putting up fierce resistance, the Khoisan were dispossessed by settlers from the mid-17th century onward. Their culture, language, and modes of subsistence were suppressed as they became assimilated into colonial society. During apartheid, the Khoisan were classified as “Coloureds” alongside various other racialized groups, which fed the stubborn myth of their virtual extinction. “Coloured” has demeaning connotations of miscegenation, but many internalized or re-engineered the label over time. Most individuals with Khoisan ancestry indeed still identify as “Coloured” and the “remaining” Khoisan are popularly regarded as “Stone Age throwbacks” living in the Kalahari Desert.

These (self-)representations are increasingly being challenged in the post-apartheid era, and nowhere more so than in the Kalahari’s polar opposite, Cape Town. The Mother City has indeed become the hub of “Khoisan revivalism,” with growing numbers of people refuting the extinction narrative by (re)claiming Khoisan identities, languages, and cultures. Many also pursue land, traditional leadership titles, and official recognition as indigenous people.

Notwithstanding notable exceptions, such as the work of anthropologist Siv Øvernes or historian June Bam, commentary in the media or in scholarly work is sparse and highly critical. Khoisan identity is dismissed as anachronistic, racially-loaded or opportunistic. Affirmations of indigeneity are reduced to assertions of being “first” or having the greatest claim to victimhood; perhaps in order to repackage apartheid-era identity politics. Xenophobic statements by certain social movements or secessionists have proven critics right to be wary, but the Khoisan themselves are rarely engaged with in an in-depth manner and instead appear unidimensional. Khoisan identity and claims to indigeneity emerge as merely a means to an end. A vital point remains painfully absent and dramatically underexplored: Khoisan revivalism and its articulation of indigeneity is about much more than claiming rights or resources, vital as these might be. In other words: our understanding of Khoisan revivalism remains inadequate without exploring additional perspectives.

I have conducted ethnographic fieldwork among Khoisan revivalists in Cape Town and surrounding areas since 2014 to try and understand their points of view. Khoisan revivalists are far from homogenous. During my fieldwork, I met people with diverse backgrounds, motivations, and goals. I observed protests, rallies, and governmental meetings, as well as cultural ceremonies, poetry readings, and community-led language courses. Indigeneity is articulated as a claim to ancestral lands, traditional leadership roles, and statutory recognition, but it equally provides existential bearings, healing, and a sense of pride.

Khoisan identity is meaningful in the everyday, giving rise to everything from tourism initiatives, medicinal practices, and fashion brands, to history workshops, artistic performances, and spiritual gatherings. The main concern is not copy-pasting the past or chasing “authenticity,” but a dynamic and arguably therapeutic sense of self. Khoisan revivalism’s origins lie in the rejection of “Coloured” identity in the anti-apartheid struggle, as well as the revisionist historiography of the 1970s and 1980s. Henry Bredekamp—South Africa’s first academic historian of color appointed at a South African university—was pivotal in popularizing under-examined aspects of Khoisan history, such as their resistance campaigns against the Dutch or their agency in negotiating trade deals with them.

Together with other like-minded intellectuals, Bredekamp organized several large-scale public conferences because he felt revised interpretations of Khoisan history needed to extend beyond the ivory tower and initiate a “battle for identity.” Khoisan revivalism has therefore always been as much about countering colonialist representations with new histories, as it is about addressing socio-economic marginalization (think housing, land rights, and poverty, for instance) by imagining alternative presents.

Linking the past and present permeates Khoisan revivalism. A case in point is the rationale behind the Griqua Museum in Elsies River, an impoverished township on Cape Town’s Cape Flats struggling with gang violence and substance abuse: locals might cease thinking of themselves as non-indigenous “Coloureds” lacking roots and identity, but as possessing an ancient culture and rich history, which might in turn motivate them to act differently in the present.

At the same time, we should not romanticize Khoisan Consciousness, and especially not in a country where notions of race and ethnicity have a violent history. While these notions need to be scrutinized within the movement as well, the Khoisan Consciousness that is currently sweeping across South Africa is about much more than identity politics, ethnicity, or race. This reductive interpretation has informed the few existing policies dealing with the Khoisan, such as the controversial National Traditional and Khoi-San Leadership Act, which is widely rejected by Khoisan revivalists because it is based on apartheid-era modes of balkanizing ethnic groups and appointing traditional authorities. The Act also does not address Khoisan revivalists’ longstanding call for a ‘Khoisan’-option in the census. Nor does it address various other pertinent issues, such as claiming back ancestral lands, returning human remains from museum collections, and including a Khoisan language among the current eleven official ones.

These types of policies indeed do not take into account Khoisan revivalism’s multifaceted nature, which leaves their grievances largely unaddressed and generates resentment. Meanwhile, Khoisan revivalism becomes ever more popular and assertive. A striking example is the unprecedented massive land occupation (“reclaiming”) near Grabouw, a fruit-producing region outside Cape Town, involving thousands of Khoisan occupants.

If we are to understand the people and rationales behind these types of actions in all of their complexity, we urgently need to start paying closer attention to what motivates people on the ground. 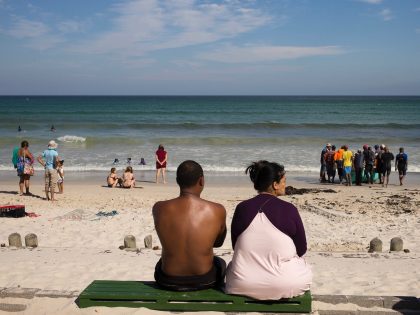 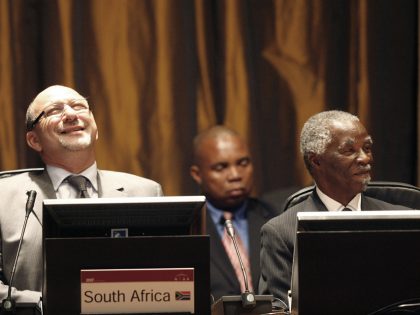 The question as to whether a coloured can become leader of South Africa’s ruling party and even, more remotely, president of the country. 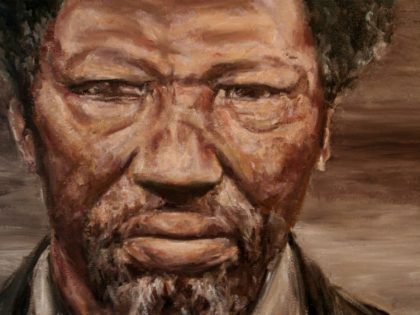