In 2021, the South African government was provided with funding of around €700 million (ZAR13 billion), from the German government to decommission its coal-based power stations in order to transition to green energy. True to their hypocritical nature, the Germans quickly reverted back to coal-fired plants when Russian president Vladimir Putin stopped supplying Russian gas to the rest of Europe. This dynamic is terribly familiar to countries of the global south. The Guinea-Bissauan revolutionary, Amilcar Cabral, already said in 1971: “Imperialism—as you know better than myself—is the result of the gigantic concentration of financial capital in capitalist countries through the creation of monopolies, and firstly of the monopolies of capitalist enterprises.”

Cabral was assassinated, in January 1973, by fascist Portuguese just months before the PAIGC (Guinea Bissau’s anticolonial movement) succeeded in achieving Guinean independence. His influence at the time reached beyond Portugal’s colonies in Africa (he had a hand in the formation of the Popular Movement for the Liberation of Angola, MPLA, and the Liberation Front of Mozambique also known as FRELIMO). He also inspired other liberation movements which combined mass and armed struggle in Southern Africa, especially in South Africa. There, the Pan-Africanist Congress and African National Congress of South Africa were contemporaries of the PAIGC and fashioned themselves in the same image, though not with the same success. Cabral also influenced the Black Consciousness Movement, led by Steve Biko.

At the time of Cabral’s murder, Yusuf Dadoo, a leading ANC ideologue, wrote about Cabral’s life lessons for the ANC and its allies. “Cabral saw the task of the national liberation movements as not merely to usher in Black rule replacing white faces with black ones; it was not only to raise a different flag and sing a new anthem but to remove all forms of exploitation from the country.” Dadoo added, “ Cabral was careful to distinguish the color of men’s skins from exploitation and repeatedly emphasized that the struggle was against Portuguese colonialism and not against the Portuguese people.”

Biko, who emerged as a political leader around the time Cabral was murdered, would himself die at the hands of apartheid police in 1977. Drawing parallels between these two anti-colonial thinkers one cannot help but notice how their insistence on using culture as a tool of anti-colonial mobilization was a key component of their political thinking. For Cabral it was vital that for people to free themselves of foreign domination they must first understand their own culture and that of the oppressor. Biko, in turn, argued that culture must be defined in concrete terms. “We must relate the past to the present and demonstrate the historical evolution of modern Africa. We must reject the attempts by the authorities to project an arrested image of our culture.”

These days, it is clear that the kind of cultural revolution desired by Cabral and Biko is less straightforward and fraught with appropriation. As the Angolan anthropologist Antonio Tomas puts it, Cabral’s life and work illustrates the striking gap between “revolutionary hopes and postcolonial realities.” In post-1994 South Africa the comprador bourgeoisie in the ANC have betrayed the people’s sacrifices and aspirations for their own material benefit. This present class of leaders plays the intermediary role between the first world and the third world—they facilitate oppression on behalf of their masters in the first world. At the same time, they are also bound to co-opt revolutionary ideals in service of their own economic advancement. South Africa’s energy minister, Gwede Mantashe, has described the worldwide pressure to decarbonize as a colonial, anti-fossil fuel agenda. It’s one thing to take aim at the double-standards of global elites, but it is another thing—as Mantashe has—to call opposition to land dispossession for extractivism by rural communities “apartheid and colonialism of a special type.”

As the academics Maurice Taonezvi Vambe and Abebe Zegeye summarize, what Cabral sought through cultural renaissance was “first and foremost a people’s renewal.” Unless culture sinks its roots into the creative humus of people’s experience, the discourses of Africa’s renaissances that are authored by Africa’s elite will surely wilt.

This is a key postcolonial dilemma: how to cultivate a truly mass, national culture. It was arguably #FeesMustFall and #RhodesMustFall that first challenged the post-apartheid cultural order by exploding the myth that the new South Africa had brought equality and opportunity. The ideology of rainbowism that founded this myth was imposed from on high. But, as Cabral emphasized, “Culture is not a superstructure, but is deeply rooted in the economic and social reality of a people.”

The question, therefore, cannot be answered in the abstract, and has to be grounded in the real struggle for emancipation waged by the people. Franz Fanon, just like Cabral, would later predict that the leaders of national liberation movements on assuming power would seek to fill the shoes of colonial masters and oppress the rest of the population. Still, Cabral believed that the post-independence role of the petty-bourgeoisie leadership holds the key to the potential of successful revolutionary socialism in the continent.

Any serious electoral politics from the African left must confront this terrain. Much as the labor movement and social movements are the bread and butter of successful left-wing political organizations, the precarious middle classes on the continent are an important constituency to target. It is this group that has the most reason to be disgruntled with the vagaries of neoliberalism, having originally been promised that the integration of Africa into global capitalism would issue steady economic growth and furnish all with opportunity for security and flourishing.

Yet it is precisely this that renders the petty bourgeoisie contradictory: on the one hand, disillusioned with the promise of individual success made by contemporary capitalism, and on the other, allured by it. In Cabral’s words, it is “a vacillating class, with one foot in the camp of the bourgeoisie and the other foot in the camp of the proletariat.” The #FeesMustFall moment planted the seeds of revolutionary consciousness across the burgeoning, professional managerial class, but these were quickly snuffed by the pressures to join the labor market and adopt individual strategies of pursuing upward social mobility. Fees Must Fall activist Lufefe Sopazi, notes that it was Cabral’s legacy and dedication to liberation that inspired them to remember that the struggle for liberation was not over and it was betrayed as the lives of the majority of the African people in South Africa were not liberated.

Nonetheless, the task of a revitalized left in Africa is to appeal to the middle class squeezed by neoliberalism. In Africa, the working class lacks the sufficient numbers to constitute a formidable political force. A counter-hegemonic coalition requires the vast ranks of the unemployed and under-employed, as well as progressive wings of the middle class. As junior partners of these broad-based coalitions, enthusiastic youth can bolster movements with their energy, capacity, and technical skills, as Cabral did in Guinea-Bissau.

For South Africa, 29 years after democracy, the question of post-apartheid remains an illusion, reinforced and spurred by native elements controlling political or state power. It remains an illusion because the ruling class as predicted by Cabral in Tell No Lies, Claim No Easy Victories is subjected to the whims and impulses of imperialists. This pseudo bourgeoisie, however, strongly nationalist during the struggle for liberation, cannot fulfill a historical function; “it cannot freely guide the development of productive forces, and in short, cannot be a national bourgeoisie.” Evidence in South Africa today points to the inevitable destiny of another failed state, as we have witnessed in the past few years the total collapse of state owned enterprises such as PRASA (the passenger rail service), SAA (the national carrier) and Eskom (the state power utility).

For Cabral, national liberation is the restoration of a people’s historical personality through the eradication of imperialist domination. In South Africa, this has not yet been realized. He argued that only when the national productive forces are entirely liberated from all forms of dominance can there be national liberty. National liberation must acknowledge the right of the people to have their own history because imperialism usurps it via violence.

Any liberation organization that ignores this is undoubtedly not engaged in national liberation. That is the challenge for South Africa now. 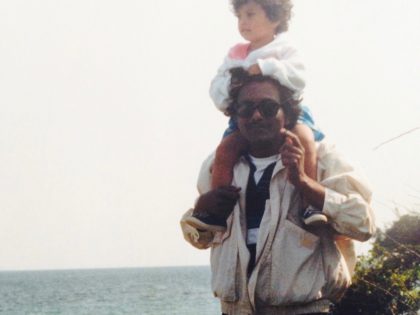 To revolutionize a culture

The writer on Frank’s Archive, based on her father’s records, that explores the different functions of books, power and knowledge.