As the prospect of the FIFA ban on Kenyan football being lifted improves, it might be a good time to look at the example of neighboring Uganda, and how the football sector in that country managed to pull itself out of a deep crisis. A decade ago, the state of Ugandan football looked highly discouraging: after years of internal wrangles and conflicts between the Federation of Uganda Football Associations (FUFA) and some of the country’s powerful clubs, as well as match manipulation, and financial accountability problems, many fans and sponsors turned their backs on the sector. The public image of both FUFA and club football was poor, and public trust and confidence were low. Meanwhile,  the popularity of the English Premier League (EPL) among Ugandan football enthusiasts was on a steady rise.

In 2022, however, Ugandan football is thriving, and it is increasingly successful internationally: The U20 male national team qualified for the 2023 Africa U-20 Cup of Nations; the winner of the last season’s Uganda Premier League (UPL), Vipers SC, reached the group phase of the CAF Champions League—only the second club in the country’s history (after Kampala Capital City Authority FC, KCCA) to achieve this milestone; the senior women’s national team won Council for East and Central Africa Football Associations (CECAFA) competition and thus qualified for the Africa Women’s Cup of Nations 2022 in Morocco (where the team went out in the group stages); the winner of the FUFA Women Super League (FWSL) 2022, She Corporate, made it into the final at the CAF Women Champions League Zonal Qualifiers (where they lost to Simba Queens from Tanzania); and Ugandan coach Charles Ayiekoh Lukula (who was in charge of She Corporate at that tournament) was hired as head coach by Simba Queens and led the club to the semi-final of the CAF Women’s Champions League in Morocco, the first time a CECAFA team reached that stage and the first time a Ugandan coached a team at this tournament.

In domestic competitions, there are many positive dynamics as well. The UPL is broadcast on live TV by Chinese multinational StarTimes, as part of a 10-year contract. There is also a revival of football in the various regions of the country outside the traditional football area of greater Kampala. The UPL clubs based in the north-western city of Arua and Jinja in the east did well last season and some of these teams have been competing for top UPL spots. Jinja-based BUL FC (thanks also to strong management and sponsorship) is atop the UPL table currently, and won the Stanbic Uganda Cup last season (against Vipers SC).

The fan base is growing and vibrant in a number of clubs and there are many examples of improved relationships between fans and club management. Many clubs manage to sign deals with sponsors, including those in the lower divisions and outside the UPL. Currently, more than 40 sponsors are engaged in the UPL.

The KCCA FC, which plays in the capital, just announced that it would start floodlit night games in the second half of the UPL season, thanks to the support of the club’s newly signed jersey sponsor, Chinese multinational CHINT Electric Uganda, an energy solutions company. FUFA started its own TV channel in 2022 and is broadcasting live games from various competitions (women and men; senior to school level), press conferences, and various other activities. The social media presence of FUFA, clubs, players, fans, journalists, and pundits is extensive, innovative, and captivating.There is a range of very strong and popular amateur competitions, especially in Kampala, usually played over the weekend. Artificial turf grounds have been constructed, and this supports the football of amateur teams, competition organizers, schools, academies, and communities. Arua Hill SC is building a stadium that is integrated into a larger shopping mall complex, which also has plenty of office space and hotel facilities. The club offers fans and other members of the public a real estate product—a plot and house in Kongolo Sports City. Clubs such as Vipers and KCCA made some good money from players’ sales in recent years and this helped  cover the club running costs and development initiatives, such as improvements to stadium infrastructures. Finally, football competitions at secondary school and university levels are popular with students and fans and attract significant media attention.

One could go on at length about the various current problems in Ugandan football—the issue of players’ welfare for example, but there is value in exploring what is behind the regained popularity and positive trends in the game in Uganda? How was the turn-around achieved?  I have explored these questions as part of a research project into the effects of the commercialization of football in Uganda and Kenya.

The leadership of the current national football association president, Moses Magogo (in power since 2013), marked the beginning of the revival of both FUFA and the sector. This was a very gradual process that had shortcomings, limitations, and setbacks. However, judging by the situation in late 2022, it was remarkably successful. Key components of this revival included FUFA being more open and responsive to external criticism; a strengthened media team; a focus on professionalization of the sector via significant capacity-building (running various training programs for clubs, coaches, sponsors, media and other professional groups that operate in the sector); a more inclusive sharing of the benefits of these programs across regions; an enlarged set of well-organized competitions (including beach soccer and the like); a boosting of women’s football; promoting commercialization efforts; successes in attracting sponsorship; and an improvement in the relationship with government.

This trend is particularly evident in the strengthening of media/PR units in many clubs (that was accelerated during the COVID-19 lockdown months when clubs had to find a way to reach and stay in touch with fans at home, for instance via the launch of club TV). Social media handlers are the norm now and the work of these committed, skilled and enthusiastic, young handlers ensures that teams provide updated, detailed, and slick mix of texts, pictures and videos about the latest happenings in their clubs, on all sorts of platforms: from Tik Tok to Twitter. Other parts of club operations, such as accounting, marketing, fan affairs, talent recruitment & development, or players’ transfers have been professionalized too.

There is “more balance and better coexistence”—as one marketing professional put it—between EPL and UPL and Ugandan football generally. Dedicated fans now prefer to go to live matches rather than watch EPL games on TV. There is a significant and increasing sense of fan culture (in terms of identity, pride, rituals and off-pitch activities), self-organization, and desired engagement with the club management. Fans reportedly buy and increasingly wear the shirts of their local club also thanks to the “wear your local jersey” initiative, and other promotional activities. For example, one club gives free access to home games this season to all undergraduate university students who show up wearing the club’s 2022/23 jersey, while another club offers free access for women and students. Fans also spend money more readily on merchandise. There is also increasing demand for easily accessible and detailed information, statistics, data and updates. The drive for, interest in, and use of statistics and data (by fans, coaches, pundits, journalists, scouts and agents) is a major feature of the sector’s development. This is also due to the influence of betting that relies on people having access to stats.

Ugandan football is remarkably broad-based and linked to various values and aspirations: love and passion for the game; pride in one’s city, region, country and culture; professional opportunities, jobs, business, incomes, and profits; uniting communities and strengthening identities; showcasing, supporting and celebrating talent ; inspiring youth through being a role model in one’s home community; and putting all regions on the map of national attention.

Finally, many sponsors are joining the football sector, and/or renewing their engagements with it. Sponsors are varied and include firms from across the economic spectrum. Major sponsorships from multiple large brands are seen as crucial to inject money, vitality, and confidence into the game and the future trajectory of football in the country. There is no overreliance on betting firms in terms of sponsorships.

Uganda is not an outlier in the region given positive developments too in Tanzania, Rwanda, and Burundi for example. Second, in Uganda it is not just football that is on a significant upward trend but the sports sector as a whole, including in netball, basketball, rugby, boxing and athletics. Multimedia company Next Media just launched NBS Sport, a 24-hour sports-dedicated channel, to extensively broadcast local sports including live-action and talk shows. Joseph Kigozi, Next Media’s Deputy Group CEO and NBS Sport General Manager reportedly noted: “We have put together a platform where Ugandan sport can leave the back pages and small segments of daily content … Sport can be a source of income for all stakeholders … We look forward to working with all involved to make this a success.”

The platforms are here now, the work on expanding and stabilizing the content provision of local sports is well underway. 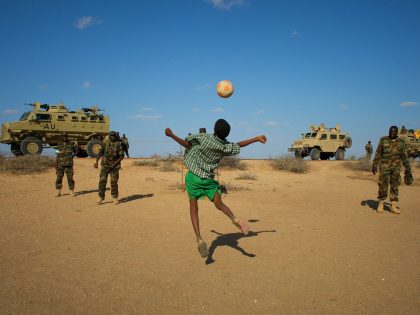 Football historian and broadcaster David Goldblatt’s new, encyclopedic book of football opens with a chapter on Africa. Here we republish an excerpt. 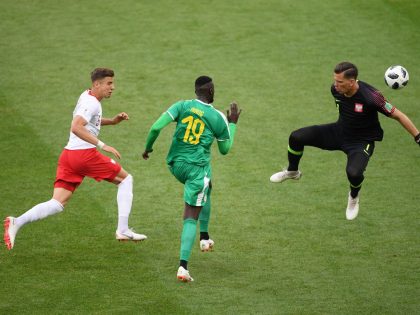 A Kenyan football fan reflects on a lifetime of World Cup finals. 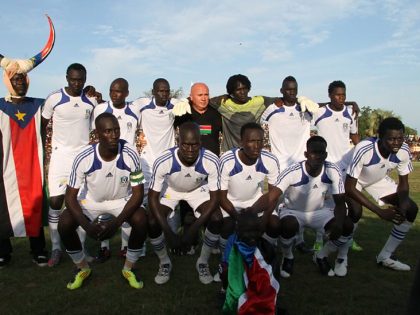 Zoran and his African Tigers

Every new nation (or with claims to nationhood) wants a national football team otherwise you may as well not exist in the first place. Palestine and Taiwan are recognized by FIFA, but not so lucky …

With less than 50 days to go before the start of the 2010 World Cup, Kenya-based journalist and author Steve Bloomfield has done a decent piece for Britian’s “The Independent” on the countdown to the …