The following article is a part of our series of reposts from The Elephant. It is curated by editorial board member Wangui Kimari.

The recent, non-stop coverage of Queen Elizabeth’s death on international media was met with various levels of disbelief in countries that were once colonized by Britain. The BBC, naturally, covered the Queen’s death and funeral as if it was a global tragedy, while CNN and Al Jazeera devoted hours to the ceremonies preceding the funeral, including interviewing the thousands of people who stood in long lines to pay their respects to the late monarch. The coverage reeked of British exceptionalism as if what happens to Britain and its royal family is of immense significance to the entire world.

There seems to be a general sense of amnesia surrounding Queen Elizabeth and her rule, especially the horrors her empire was unleashing in many parts of the world when she ascended to the throne in 1952. Worse, British colonialism under her rule has been whitewashed and sanitized as if it never happened, or was a good thing. Most British people have also conveniently forgotten that the wealth their country enjoys today was built on the backs of African slaves who worked on Empire’s plantations in the Americas and the Caribbean, and through the exploitation of its colonies around the world, including in Africa.

For those who see the British Empire as a sinister force that destroyed communities and plundered people and territories, the extensive coverage of the Queen’s funeral, for example, was like a slap in the face. The Economic Freedom Fighters (EFF) in South Africa even issued a statement describing Queen Elizabeth as “the head of an institution built up, sustained, and living off a brutal legacy of [the] dehumanization of millions of people around the world.”

Kenya stood out as one country where the Queen’s death did not generate mass grief, even though the newly elected president William Ruto made an obligatory trip to London to attend her funeral and the outgoing President Uhuru Kenyatta declared four days of mourning. Kenyans on Twitter and other social media spaces did not send out messages of condolence to the Queen’s family, nor were there special state-led commemorations for the late monarch. It is not the Queen that we resented but the institution she represented, and her failure to acknowledge the harm that the institution inflicted. As Kenyan journalist Rose Lukalo commented, “The Queen’s death and burial has resurfaced the uneasy truth of Kenya’s unfinished business with colonialism.”

Many British people actually believe that the net impact of British colonialism around the world was positive because it established schools and railways and introduced Christianity to people who purportedly had no religion. They are not told that British colonialism in Kenya, and other places, was brutal and exploitative. It robbed indigenous people of their land, and created a class of landless people and squatters—terms that were virtually unknown in traditional African societies because all land was communally owned.

The history of slavery and Britain’s role in it is similarly whitewashed. Britain is often lauded for abolishing slavery in 1883, but what is not widely known is that when the Slavery Abolition Act was passed, there were more than 40,000 slave owners in Britain. What is also not talked about often enough is that one year after slavery was abolished, Britain and other European powers embarked on colonizing Africa at the infamous Berlin Conference of 1884-1885, thereby unleashing another form of slavery on Africans.

The British Empire’s establishment of a “settler colony” in Kenya was particularly pernicious. In 1923, Britain forcibly possessed the most fertile parts of the Rift Valley—the so-called “White Highlands,” an area comprising 5.2 million acres. The locals were moved to “reserves” where they were expected to pay taxes to a government that basically stole their land from them.

When the locals rebelled, the Empire’s lackeys tortured them and put them in concentration camps. Caroline Elkins’ book, Britain’s Gulag, documents these atrocities in detail, including the rape of women deemed sympathetic to Mau Mau freedom fighters in Central Kenya; Mau Mau, themselves, were jailed and tortured by the colonial regime. It is worth noting that the places where these Mau Mau revolutionaries were arrested, detained, and tortured in the 1950s was not far from the Aberdares mountain range where the young Elizabeth and her husband found out that her father, King George VI, had died, and she was the new British queen. It is also worth noting that it took some 5,000 former Mau Mau members more than 60 years to receive compensation from the British government, a legal battle that has been lauded for its tenacity and boldness.

Societies that have experienced the trauma of colonisation often become dysfunctional. Forced to abandon their traditional values and social security systems, uprooted from their ancestral lands and natural resources, and brainwashed to believe that they are inferior beings, these societies begin to manifest all the symptoms of a sick society. Colonisation separated families and introduced an economy based on exploitation, which changed the nature of African societies and economies.

Post-colonial governments did not reverse this sad state of affairs. On the contrary, post- independence Kenyan elites benefited from colonial policies that alienated Africans from their own land and became the biggest beneficiaries of post-independence land grabs disguised as land redistribution or adjudication. It is believed that one of the main reasons Jomo Kenyatta was selected to lead the country’s transition to independence was because he had made a secret pact with the British colonial government not to undermine British and white settler interests in the country.

People who understand the psychological, social, and economic damage that colonisation caused in their countries have been vocal about Queen Elizabeth’s failure to acknowledge the harm her empire inflicted on colonized subjects, or even to issue an apology. Many royalists have insinuated that perhaps the Queen was not aware or had not been informed of the atrocities committed by British colonial officers in places like Kenya. But as Elkins stated in a recent article published in TIME magazine, this argument is highly implausible. She wrote:

Beginning with her first prime minister, Winston Churchill, the queen’s ministers not only knew of systematic British-directed violence in the empire, they also participated in its crafting, diffusion and cover-up, which was as routinized as the violence itself. They repeatedly lied to Parliament and the media and, when decolonization was imminent, ordered the widespread removal and burning of incriminating evidence.

Shashi Tharoor, the Indian author and politician, has a similar view. He believes that even if the Queen was not in charge when the empire committed the most violent atrocities, she had a duty to, at least, acknowledge that these atrocities took place. For example, in Jallianwallah Bagh, a site in the city of Amritsar where hundreds of pro-independence activists were killed or injured in April 1919. Although Elizabeth was not queen then, the scale of the massacre was so shocking that it has been viewed as one of the worst atrocities that the British empire committed against civilians. As Tharoor argues:

We do know that much of colonialism’s horrors over the centuries were perpetrated in the name of the Royal Family but when she and her consort visited Jallianwallah Bagh, she could only bring herself to leave her name in the visitors’ book, without even an expression of regret, let alone of contrition or apology, for that vile British act of deliberate mass murder.Now that the Queen is dead, will her son King Charles take the responsibility of confessing to the sins of his mother and the empire she presided over? Not likely, given that the idea that the British monarchy is above reproach has become more entrenched since her death. 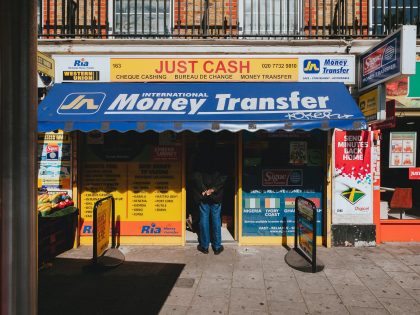 The UK and migrant men from the Global South

To understand why it is single young men that are the primary target of Britain’s deportation of asylum-seekers to Rwanda, we need to revisit the country’s history. 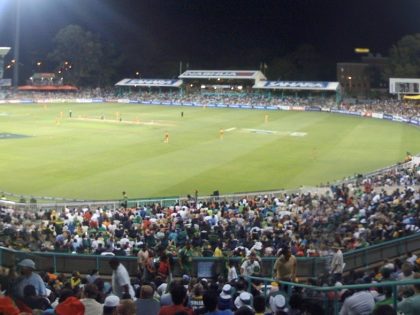 First class cricket in South Africa, once a white man’s preserve, is now technically open to all, but it is a game of money, dazzle, dancing girls and quick results. 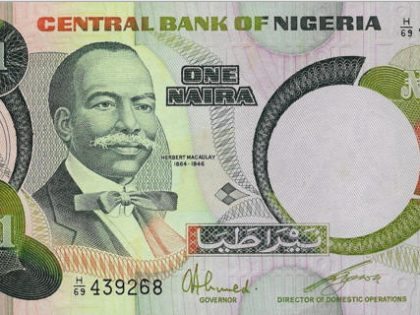 History Class with Cheta: Who is Herbert Macaulay

Too many people have forgotten about the one Naira coin, and the chap on that coin. This is a big disservice to Nigeria. Today’s History Class is going to be about that fellow, the one …