It is safe to say that AfriForum has grown into one of the largest interest groups in South African society and politics. The self-proclaimed “civil rights” organization has grown massively in recent years, from just over 9,000 members in early 2010 to more than 300,000 currently.

Originally seen as a fringe movement concerned mainly with the rights of an Afrikaaner minority, the perception has now shifted, in large part due to the activities and publicity garnered by Gerrie Nel, the head of Afriforum’s private prosecution unit. Nel and the organization have taken on very public court cases—such as the Senzo Meyiwa murder trial—and worked hard to position themselves as fighting for the rights of minorities within the country who have been left behind. From building a university and already producing graduates with their trade union partner, Solidarity, to fighting for clean water in Parys and even helping in the Barolong Boo Seleka royal family court case. The organization is positioning itself in direct contrast to the ANC, a governing party that they claim has done very little but destroy.

The organization is also active on social media. Ernst Roets, Afriforum’s deputy CEO, was recently on the Hustler’s Corner (a podcast hosted by a local celebrity DJ and gaining increasing popularity), claiming the organization’s anti-apartheid stance, while its campaign officer, Ernst Van Zyl, has appeared on numerous local news panels, furthering the strategy to bring the group into the mainstream of the country’s politics.

However, for all their talk, Afriforum remains, at its core, a conservative, Afrikaaner-nationalist organization. It campaigns vehemently against land redistribution without compensation, against Black Economic Empowerment and affirmative action, and against the proposed legislation to introduce National Health Insurance (NHI) to the country. A look through the petitions page on the organization’s website reveals an expansive list of legislation and policy that it is actively opposed to or attempting to influence. In 2021, for example, Afriforum was in court to try to force parliament to change the powers afforded to provincial premiers, to allow for the Western Cape premier to call an “independence referendum,” an idea that has gained significant traction in that province.

AfriForum’s rise, and its attempts to “remake” itself in the political mainstream is symptomatic of a groundswell of right-wing populism in South Africa and has its roots in the 2019 national election. AfriForum was instrumental in the resurgence of the Afrikaaner-nationalist Vryheidsfront Plus (VF+) in the 2019 election. Indeed, for the VF+, it was a match made in heaven with many viewing the close association with AfriForum as a signal that the party would fight for particular concerns, such as property rights, farm killings and affirmative action where other parties, such as the Democratic Alliance (DA), were seen to be failing. In many circles, the VF+ is viewed as the parliamentary wing of AfriForum, largely rooted in the same interests. Post-election analysis showed that many voters felt as if the DA, under the leadership of then party leader Mmusi Maimane, could not adequately fight for the issues that concerned them. Many white voters saw AfriForum take these issues to court, fight against the EFF and stand up for issues such as farm murders where the DA seemed lackluster in its approach. The VF+ doubled its support in the 2019 election, growing to 2.38% from 0.90% in the 2014 national election.

The potential influence that AfriForum wields is significant and as the organization increases its mainstream credibility, it has become acceptable and even advantageous for political parties to work with the organization as a way of appealing to or drawing in lost voters or even to gain some new supporters. The DA’s burgeoning relationship with Afriforum is a good example. In a shift in their rhetoric and under new leadership of John Steenhuisen, the DA and AfriForum have enjoyed a much closer relationship than before the 2019 election. In the past three years, the DA, under the leadership of John Steenhuisen, has worked with Afriforum on opposition to land expropriation without compensation, often drawing on similar talking points to oppose the amendment of the constitution. They have also both opposed amendments to the health act, a potential policy issue that many white individuals in South Africa remain opposed to, as well as fighting against COVID-19 restrictions.

Various other political parties, such as ActionSA and even the ANC breakaway party, Congress of the People (COPE) have all at one time or other joined hands with AfriForum on various issues. COPE supported AfriForum in its fight against land redistribution without compensation and held joint press conferences regarding the matter.

The politics that were once seen as a fringe, right-wing reactionary type of politics have been brought to the mainstream with the issues that AfriForum talks about often entering the dominant political conversation in the country. In addition to lobbying support from political parties, AfriForum is consistently in the courts, mounting legal actions. Recently it brought a case against Dubul’ibhunu, a popular song with roots in the anti-apartheid struggle, claiming it is tantamount to hate speech and calls for the murder of white farmers. Another case saw Afriforum advocating for the right to display the apartheid-era flag. The narrative of a white genocide and white farm murders is leaned into heavily by AfriForum as it goes to the heart of many fears that white South Africans hold regarding race and the transition to majority rule.

Both these cases dominated the political and media conversation in the country for weeks. This resulted in many white South Africans feeling more emboldened in their beliefs. As columnist Max Du Preez noted in the local Sunday Times, “loosening the lager to join the rest of SA,” AfriForum no longer needs scare tactics to gain membership, their politics and ideals are seen to be representative of a large portion of the country’s electorate.

The rise of Afriforum and its brand of right-wing populism cannot be viewed in a vacuum. It is symptomatic of the rise of reactionary politics in general. Organizations such as Operation Dudula, the Patriotic Alliance (PA) and even ActionSA promote right-wing populist politics that is attempting to mobilize a coalition of voters around a common enemy. This has resulted in ongoing and virulent xenophobia, and calls for African immigrants in particular to be expelled from the country. In early 2022, AfriForum launched a border patrol with sniffer dogs citing concerns around porous borders and the numbers of “illegal immigrants” in the country. This feeds similar politics of  Operation Dudula and the PA, intent on marshaling popular sentiment against immigrants. As poverty and unemployment remain entrenched characteristics of daily life for millions of South Africans , the appeal to this type of politics is all the greater. Drawing on the failings of the ANC and many existing fears of white South Africans, AfriForum is able to position itself in direct contrast to a governing party in crisis.

AfriForum is not an isolated movement, or a fringe group. Where political parties such as ActionSA and the PA have a fairly limited scope of influence on legislation, AfriForum has become a lobby group that can hold real sway over political parties in the National Assembly. It has the power to influence voters and therefore the reactions of parties to issues AfriForum concerns itself with.

White minority populism is on the rise in South Africa. It represents a pattern of reactionary politics that can sew discord and divisiveness. The rise to prominence of AfriForum is a clear sign of the mainstreaming of the right-wing. To ignore or excuse it would be dangerous. 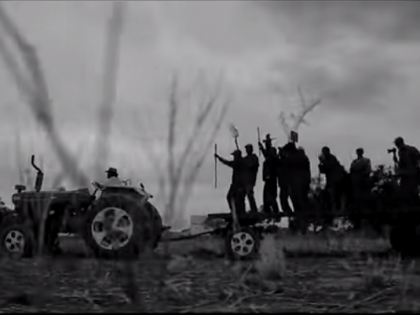 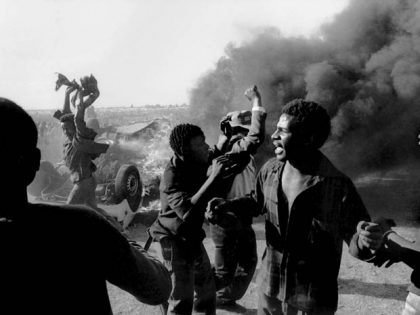 Struggles over memory in South Africa

Revisionism pervades popular culture in South Africa now, coloring our perception of the past. The murder of  South African white supremacist leader, Eugene Terreblanche, over the weekend, will surely be exploited in the next few days. (Terreblanche was beaten and hacked to death by workers on his farm on …