This August will mark the 10th anniversary of the Marikana massacre. On August 16th, 2012, South African Police murdered 34 striking miners in the country’s Platinum Belt. The miners, all black, were striking about working and housing conditions as well as a living wage. As Dan Magaziner, an editorial board member of Africa Is a Country, and I argued in an op-ed piece in The Atlantic a week after the massacre, Marikana also proved that South Africa’s problems were no longer specific to apartheid’s legacy, but global problems of poverty and inequality.

South Africa is now essentially a “normal” democratic country dealing with issues that, however extreme they sometimes appear, are not actually so unique: economic inequality, labor rights abuses, corporate irresponsibility. These are not South African issues, they’re democratic issues. Because South Africa was the last hold-out among the 20th century’s legion of racial and colonial states, and because its liberation movement took place after the international consensus on human rights and non-racism had already emerged at least at a rhetorical level, it is often treated as an exceptional case. This may have been true under apartheid, at least to some extent, but it is no longer.

A black government sent an overwhelmingly black police unit under the command of a black police commissioner, to murder black people demanding a better life. To top it all, the country’s deputy president at the time (now president) was on the board of Lonmin, the multinational, that owned Marikana. (The Farlam commission, set up to investigate the killings at Marikana and which cost the country $9 million, exonerated Ramaphosa from any liability regarding the escalation of tension and the eventual shooting. However, a recent High Court decision means Ramaphosa could still be found liable for the events that led up to the massacre.)

So the events of August 16th, 2012 marked the end of South African exceptionalism, the chimera of the rainbow nation, and the limits of the 1994 political deal. Marikana spawned the Economic Freedom Fighters (they were founded one year later), inspired the student-led Fees Must Fall and Rhodes Must Fall movements five years later, and exposed the bankruptcy of African National Congress rule. It also exposed the hypocrisies of the country’s growing white and black middle classes, and its mainstream media.

Claire-Anne Lester and Benjamin Fogel’s piece on this site, “What does it have to do with Marikana?” is one in a series of posts collectively titled “Marikana, 10 years on” we are publishing to commemorate those fateful events and to ask questions about a possible politics forward. The contributors to the series are Lester, Shaeera Akbar Kalla, Ziyanda Stuurman,, Camalita Naicker, Naadira Munshi,  Nicholas Rush Smith, Luke Sinwell, and Fogel.

In addition, on August 20th, 2022, Africa Is a Country will be hosting a one-day symposium (organized by Lester, Fogel, staff writer Will Shoki, and myself) with the same title, “Marikana, 10 years on,” at Constitution Hill in Johannesburg, South Africa. The event will also be streamed online. It will run from 12pm to 6:30pm.

Follow us on Twitter and Facebook for details and the full program. Already confirmed to speak are Ronnie Kasrils (a former government minister under Nelson Mandela and Thabo Mbekki), Pumla Goboda-Madikizela (psychologist and author of the books, A Human Being Died that Night: A South African Story of Forgiveness and Memory, Narrative and Forgiveness: Perspectives on the Unfinished Journeys of the Past), Stuurman (a researcher on policing), Kalla (a leader of Fees Must Fall), Naicker (a historian and activist), Sinwell, Munshi, Trevor Ngwane, and a number of others.

The event also marks our foray into producing public events on the continent.

In our return, we are planning events related to the politics and fandom of the World Cup (these five African countries have qualified: Cameroon, Morocco, Tunisia, Ghana and Senegal), producing a film on climate struggles in Africa (the Marikana event also forms part of this work), and we have plans to deepen our analysis and writing on LGBTQI issues.

We’ll see you on September 5th.

Every year, around this time, we take a month long break from publishing. We need it. 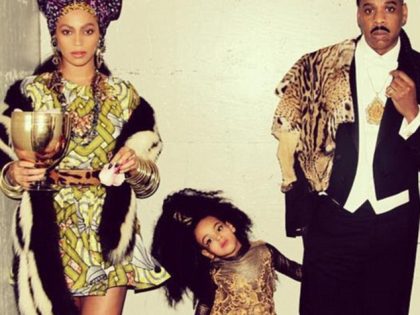 The year that Prince Akeem, Queen Aoleon, King Jaffe Joffer and the “African” Kingdom of Zamunda made a spectacular comeback.