In December 2019, film connoisseurs in Ethiopia received a rare treat when the Addis Ababa Cinema Houses Administration Enterprise arranged a festival to showcase some of the classic Ethiopian movies made between 1964 and 1992. These films had been largely inaccessible to filmgoers, filmmakers, instructors, and students, for decades. The last time any of them screened was in 2008. The desire to go back in time and see some of these early masterpieces was evident as crowds lined up to enter the Ambassador Theatre in the center of Ethiopia’s capital city. After the screening, audiences expressed joy and amazement at the artistry of these films and wondered why they had not had the opportunity to see them before. Since then, the question still on everyone’s mind is what is to become of this rich cultural heritage, and how will it be appreciated by the next generation.

The first film in the line-up was Hirut, abatwa mannew/Hirut, Who is the Father, the first black and white feature film, produced and written by Ilala Ibsa and directed by Lambros Jokaris in 1964. It portrays the story of Hirut, who was forced to become a prostitute, but instead of accepting her fate, she attempts to alter her life by enrolling in school. The film offers a progressive portrayal of Hirut as she grows into a successful, educated, modern woman. The film also has beautiful shots of a modernizing Ethiopia, including the newly constructed African Union building in Addis Ababa and the streets of Asmara in the early 1960s. The screening was followed by some personal anecdotes by relatives of Ilala and crew members still living.

For fans of African cinema, this film is significant for a very important reason. Usually, film historians consider Ousmane Sembene’s classic film La noire de… to be the first feature-length African film, produced in 1966, and his later film Mandabi, produced in 1968, to be the first feature-length film in an African language since La noire de… is mostly in French. But Hirut, abatwa mannew, a film entirely in the Amharic language, was made earlier, which might raise questions for what we consider “African cinema” and for how we tell the story of African film history.

The next film was Gouma (usually translated as Blood Ransom), directed by Michel Papatakis in 1974. Unfortunately, some of the celluloid reels of this film have decayed over time, so the audience was unable to see the entire movie. The film is set in Wello and explores Ethiopian indigenous culture. In the story, the main character, Tariku, accidentally kills his friend, and so, instead of the death penalty or retributive justice, the community opts for a traditional, restorative conflict resolution system—the gouma. For this, Tariku travels to several locations to beg for money to donate to Zewudu’s family. Though it appears unusual in Ethiopian films to focus on a single person for an extended period of time, the film’s one-and-a-half-hour story beautifully communicates its theme with good aesthetic and cinematic elements. The film achieves a balance between honoring indigenous traditions and gratifying public interest in a socially conscious, modern Ethiopia. The question on our minds, however, is how can we find a way to preserve and restore this important film.

Another film that screened at this festival was Aster, directed by Solomon Bekele Weya in 1991-1992. Its production was begun under the Derg regime and the film was completed shortly after the Ethiopia People’s Revolutionary Democratic Front (EPRDF) came to power. The film, set in the 1960s, is told through a sequence of flashbacks in which the protagonist reveals her life story to a friend at her wedding anniversary dinner party. The film moves between the night Aster delivers her story and flashbacks to her history. The story dramatizes class conflict, as Aster’s husband is a doctor from a wealthy family while Aster comes from a more humble background.

There is another feature-length film from this era: Behiwot Zuria (Around Life), produced in 1989. Unfortunately, this film could not be screened at the festival, but the director, Berhanu Shiberu, was there to share his experiences. Its story focuses on the psychological decline of Almaz, who loses her husband and then her child. As such, the film critically examines the social construction of gender and reflects on social conventions. In the final scene, after Almaz has gone mad and is wandering a graveyard, she meets an intellectual who comments on the contradictory nature of social institutions and explains to Almaz that it is society that is insane, not her. The film ends its story by leaving it open-ended with a song called Mela, which is an Amharic word for a solution.

In addition to these fictional dramas, there are numerous documentary and essay films that were not shown at the festival. Among these is the important film, Wondimu’s Memories, directed by Teferi Bizuaehu in 1976—a reflection on the progress of the revolution that was screened at the important Pan-African cultural festival, FESTAC, in Nigeria in 1977. Moreover, the directors of Gouma, Behiwot Zuria, and Aster also made several documentaries during this time.

In spite of the missing material, the audience’s excitement was fantastic to see. In the past, Ethiopian film audiences were skeptical of the continuity between Ethiopian cinema’s early period and the current generation of filmmakers. Internationally, when most people think of Ethiopian cinema before the 21st century, they think of the directors Haile Gerima and Salem Mekuria, who have lived and worked in the US since the late 1960s. Many readers of Africa Is a Country are probably familiar with Haile and Salem’s many films, including Harvest 3000 Years (1976), Sankofa (1993), Ye Wonz Maibel (Deluge, 1997), and Teza (2008). But this festival reminded us of the prolific and diverse creative talent from this earlier time period by connecting the older generation with the new.

The success of this festival in 2019 inspired another festival, Retrospective on Ethiopian Films, in Addis Ababa in March 2021. This second event, a collaborative venture between film producer Yidnekachew Shumete, film scholar Michael Thomas, Yikunoamlak Mezgebu, the director of the National Archives and Library Administration, and Elias Mengistu, the manager of the Addis Ababa Cinema Houses Administration Enterprise, continued the energetic reconsideration of the past and future of Ethiopian cinema. Thomas’s new book, Popular Ethiopian Cinema: Love and Other Genres, will be published later this year. He is one of several academics involved in an important book on Ethiopian cinema, Cine-Ethiopia: the History and Politics of Film in the Horn of Africa, published in 2018 by Michigan State University Press.

The success of these retrospective festivals and the work of many Ethiopian scholars and intellectuals, such as Aboneh Ashagrie and Menelik Merid, has inspired a desire to recover these earlier films. Recently, an effort was made to create a digital copy of Hirut that could be more easily screened in theaters, but considering limitations on the budget and available technology in Ethiopia at this time, there is still hope for a full frame-by-frame digital restoration in the future.

Retrospective festivals such as these, along with such scholarly work, also give us a lot to think about and raise a lot of questions. For example, one might ask whether there is much continuity across the generations, considering the changes in government in 1974 and 1991. What sorts of films were being made in the 1970s and 1980s and how did they reflect the time period? How did Ethiopian filmmakers from that era participate in international and Pan-African conversations about film art?

In our scholarly essay “Early Ethiopian Cinema, 1994-1994,” published in the June 2022 issue of the African Studies Review, we attempt to answer these questions through a comprehensive and in-depth analysis that situates these films  in their historical and cultural contexts. For too long, these films have been dismissed or ignored as propaganda films from a bygone era, partly because of assumptions about repression during the Derg regime, which governed Ethiopia from the mid-1970s to 1991. We argue that, in fact, these films were remarkable, artistic achievements that still have something to offer us today. Sadly, as they have been entombed in an archive for so many decades, many have already begun to deteriorate. To preserve these films and make them available to the world requires the attention of many responsible individuals and institutions.

It is our hope that all interested parties can begin the work to properly preserve and restore this cultural heritage. 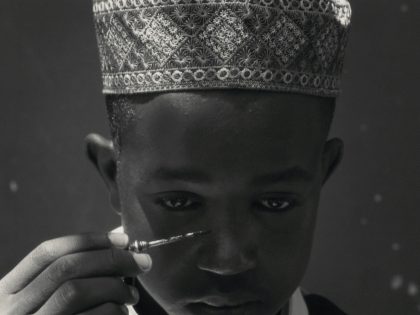 A journey to Harar

In Mexican-Ethiopian filmmaker Jessica Beshir’s Faya Dayi, khat is more than an important export product in a capitalist economy; she captures khat’s roles and meanings in everyday Harari life. 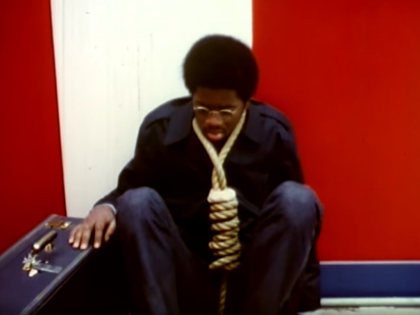 When a young Ethiopian, Haile Gerima, made a film about the exploitative nature of American college sports and the role of Black athletes in society.