In  1968, Haile Gerima, a young Ethiopian student arrived in Chicago to study drama. Born and raised in Gondar, in Ethiopia’s north, Gerima grew up entrenched in the arts scene. His father, Tafeka, was a well-known playwright and Haile intended to follow in his footsteps. Two years later, he transitioned his creative energies to film, and moved to Los Angeles to attend the University of California Los Angeles. There he quickly contributed to a generation of black filmmakers known as the L.A. Rebellion for carving out new spaces for political and aesthetic possibilities in film. His first production was the fourteen-minute short film, Hour Glass. The 1971 film broke down fictitious norms about form and content, but it’s the topic the film focused on that stands out: the exploitative nature of American college sports and the role of black athletes in society. Watching the film now, it is remarkable how relevant Gerima’s film is.

The clearest discussion of Hour Glass is laid out by cinema and media studies scholar, Samantha Sheppard, in her new book Sporting Blackness. Sheppard dates the film as following the iconic 1968 moment in which black American athletes disrupted the Olympics in Mexico to protest about racism and racial inequality in the United States. There, at the end of the 200 meter race, gold medalist Tommie Smith and bronze medalist John Carlos, stood atop the podium to accept their awards and raised black-gloved fists in the air during the playing of the national anthem—a gesture that brought attention to racial injustice in the US and resulted in the athletes returning their medals.

Hour Glass begins with a shot of a black man wearing a noose around his neck, before transitioning to a basketball game. Sequences of play follow, with spoken word poetry from The Last Poets, and escalating tension from the acoustics of the court rising in the background. Then, the athlete falls to the ground.

Two white patrons look down upon the fallen athlete, before the man and woman turn their thumbs down, as Sheppard puts it “cast[ing] university basketball programs as gladiatorial institutions where many black bodies participate in sports for the scopic, financial, and visceral delight of white audiences.” The Ancient Roman spectacle of death is embodied in the racial dynamics of university sport.

We then see the basketball player at home grappling with his positionality in this complex. He tosses and turns in his bed, and buries himself in decolonial and antiracist literature, showcasing the works of W.E.B. DuBois, Frantz Fanon, and Eldridge Cleaver, among others. In his dorm room he comes to grips with his unchosen position in this gladiatorial arena.

As he stirs, shots alternate between game sequences and scenes of a young, naked, black boy lying in a barren room on a bed. An older white woman yanks a blanket off of the child, and as she nails it to the wall, reveals it to be a portrait of Malcolm X. Again this happens with a portrait of Martin Luther King Jr. And when the woman tries a third time the boy fights back, holding up the painted cloth depicting Angela Davis. Flashes to the memories of white patrons turning their thumbs downward urge the protagonist to hastily pack a suitcase with some clothes and revolutionary texts and leave his room.

Outside, he walks, suitcase in hand and noose around his neck, past posters of black revolutionaries, to a bus stop. In the concluding sequence he takes a bus from wealthier suburbs of Southern California to South Central Los Angeles as Elaine Brown, the only woman to be the chair of the Black Panther Party, sings “Seize the Time” in the background. Although the film ends with him opening a door to a dark unknown, Sheppard analyzes how his revolt in the film is “not only a refusal to play the game of basketball but also a refusal to play the game of racial injustice and inequality … reconfigured as a questing body.”

Gerima attended UCLA in its basketball heyday, when white coach John Wooden was gaining iconic fame racking up national championships with a team of mostly black athletes, including Lew Alcindor (later Kareem Abdul-Jabbar), Lucius Allen, Mike Warren, Curtis Rowe, and Sidney Wicks. Thus, Hour Glass was both spatially specific and thematically general. But in addition to depicting some of the brutally violent gladiatorial elements of college sport, Gerima also correctly anticipated that black college athletes could be the theoreticians of our time.

It was only fitting then, when, in late June, football players from Gerima’s alma mater wrote a public letter demanding third-party protection in monitoring their health and safety. Athletes around the country followed suit, challenging the status quo of the college sports hierarchy. In mid-June amid anti-racist protests following the murder of George Floyd, Oklahoma State tailback, Chuba Hubbard, threatened to boycott the university. His teammate, Teven Jenkins, and Oklahoma State alum and NFL athlete, Justice Hill, publicly supported Hubbard’s statement. Weeks later it was announced that a top-NCAA recruit would forgo offers from UCLA, Kentucky, and Memphis, to play basketball for Howard University. Makur Maker’s decision to do so makes him the highest-ranked player to commit to an HBCU since 2012.

As American universities scramble to salvage hope for a college football season to proceed, to cash in on the exploitative profits, Hour Glass makes clear the gladiatorial logics of this arena that continue to persist. But looking back on Gerima’s film also helps to underscore how the essential workers in this particular matrix are, and have always been, the athletes themselves. 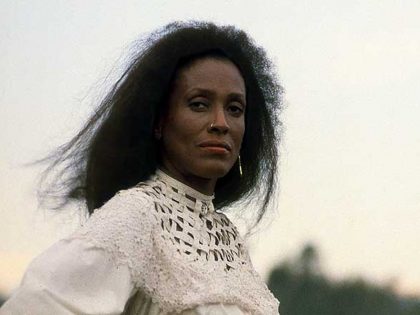 The second life of ‘Daughters of the Dust’

The classic film, first premiered in 1991, is making a comeback. Not least: Beyoncé’s visual album ‘Lemonade’ borrows liberally from Julie Dash’s film. Why is the film so influential?