Artist Adjani Okpu-Egbe, wrapping up a five-month artist residency in Brooklyn, volunteers this statement in Bursting Bubbles (2021), a short film by Maliyamungu Gift Muhande that premiered in late February 2022. The Cameroonian-born artist’s scientific-sounding framing might seem out of place. In fact, it flips the script on everyday notions of art viewing as passive contemplation—“taking in” exhibitions, “receiving” messages, etc. For Okpu-Egbe, art instrumentalizes the viewer for a collective endeavor. What, then, is the hypothesis? And what is the research?

Okpu-Egbe’s solo exhibition in Brooklyn, curated by Amy Rosenblum-Martín with Maliyamungu Muhande as curatorial advisor, ran from September 2021 through February 2022 in conjunction with the artist’s residency at the International Studio and Curatorial Program (ISCP). The exhibition title alone offered much to consider: On Delegitimization and Solidarity: Sisiku AyukTabe, the Martin Luther King Jr. of Ambazonia, the Nera 10, and the Myth of Violent Africa. Its three gallery rooms displayed twelve artworks plus a documentary-style film tracing a long arc of political history.

After being governed by German colonial rule from the late 19th century until World War I, Cameroon was divided under League of Nations mandates (later United Nations “trust territories”) into a small western British zone and a much larger French zone. This division ended upon independence in 1960, when a French-backed Cameroonian government took power, led by Ahmadou Ahidjo (1960-82) and then Paul Biya (1982-present), who is now Africa’s second-longest-serving head of state. Okpu-Egbe, as both artist and activist, focuses on conditions in Anglophone southwestern Cameroon, where he was born in 1979 (in Kumba) and lived until 2004. He is now based in London.

Anyone familiar with African decolonization likely knows the names of Francophone Cameroonian anticolonial nationalists active in the country’s southwest and coastal regions and abroad. These include Ruben Um Nyobé, a founder of the Union des populations du Cameroon (UPC) who died at the hands of the French military in 1958, and Félix Moumié, another UPC leader whose poisoning in Geneva in 1960 by the French secret service was never brought to justice. Okpu-Egbe’s work shines a light on more recent—yet perhaps lesser-known—political developments. He especially highlights ten incarcerated activists, whom he dubs “the Nera 10,” who had been arrested at the Nera Hotel in Abuja, Nigeria in January 2018 and subsequently extradited to Cameroon. The Nera 10’s leader is Sisiku Julius AyukTabe, a champion of nonviolent self-determination for the Anglophone southwest. Officially, this area comprises Cameroon’s Northwest and Southwest regions, but advocates have renamed it Ambazonia in the context of what has come to be known as the Anglophone Crisis (2016-present).

“Ambazonia,” coined after Ambas Bay in the mid-1980s, has been adopted by several groups seeking Ambazonian independence amid a broad spectrum of Anglophone tactics and goals that range, in varying combinations, from negotiation and decentralization to armed insurrection and full secession. As Okpu-Egbe explained in an interview, however, the Anglophone Crisis isn’t fundamentally about language. It’s more about citizenship and sovereignty; it stems from government efforts to marginalize residents of the former British Southern Cameroons by undermining their strong judicial system, school curricula, and social organizations, all of which happen to be (at least partially) Anglophone in origin.

In “Sisiku AyukTabe, the Martin Luther King Jr. of Ambazonia” (2021), Okpu-Egbe paints the impassioned and now imprisoned Ambazonian leader AyukTabe, his head turned in profile and upper torso in frontal view, as a “legend” on the cover of Time magazine, framed tangibly with shelves displaying books, lanterns, figurines, plants, a globe, and other objects. Large flat swaths of color on the canvas contrast with the smaller textured zones—imprints of bubble wrap on casting paint—constituting AyukTabe’s head and the fish adorning his crown. Okpu-Egbe here politically mobilizes what we might call “legitimization,” countering the “delegitimization” of the exhibition’s title—a reference to all-too-common attributions of African conflicts to ancient tribal hatreds (“the myth of violent Africa”), or to scant coverage of Cameroon in the international media despite thousands dead and more than 700,000 displaced in recent years.

This leads us to “solidarity,” the exhibition title’s second half. In a sense, Okpu-Egbe and his fellow activists (notably the Ambazonia Prisoners of Conscience Support Network) follow in the footsteps of earlier anticolonial nationalists. The work of these anticolonial nationalists, documented by historian Meredith Terretta and others, involved appealing to the international community through petitions to the United Nations and forging pan-African connections elsewhere in Africa and in the diaspora. Okpu-Egbe speaks forthrightly of his art as a platform for activism. His restoration of AyukTabe’s good name on a replica cover of Time stands as a metaphor for this platform—and maybe also for the overarching project of Ambazonians, who are not “separatists,” Okpu-Egbe insists, but “restorationists” striving for wholeness and belonging.

Analyzing Okpu-Egbe’s portrait of AyukTabe in a review for Hyperallergic, art critic Billy Anania found it “unclear whether the inclusion of this corporate magazine [Time] aims to be devotional or ironic.” Maybe both, and neither. Could the word “tactical” also capture the infiltration of Time by one of Ambazonia’s sage leaders, who gets likened to Martin Luther King Jr. and appears in the signature deep brown-black skin tone of one of the most celebrated African American painters, Kerry James Marshall? It is significant that Marshall’s avowed mission is one of restoring visibility to black subjects; Okpu-Egbe cites him directly in another work in the exhibition, “A Portrait of the Artist as a Shadow of His Former Self, after Kerry James Marshall” (2021). The United States, with its forceful African American constituency, is, after all, an influential center of global power. For better or worse, though mostly for the better, to build community and find visibility in the US is to amplify one’s cause. 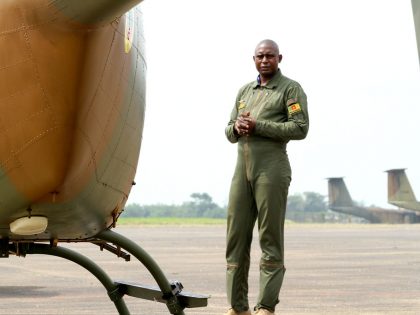 Cameroon in conflict with itself

The use of a singular narrative to explain the divisions within Cameroon belies the reality that both anglophones and francophones are complicit in the conflict. 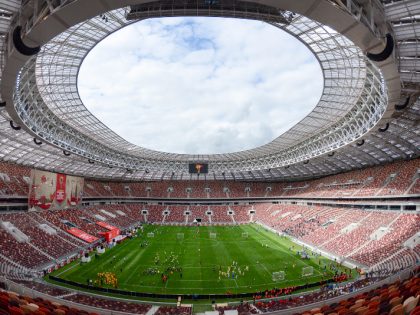 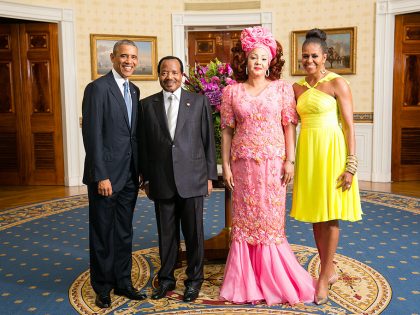 Everyone has their own Paul Biya

What would happen if the president goes missing? The people wouldn’t care. They’ve learned to live without him.