In 1951, a prominent British medical journal on mental disease published the now-notorious account from Dr J.C. (John Colin) Carothers on “frontal lobe function and the African.” While such racist pseudo-sciences were ubiquitous throughout the colonial period, this article contained the rather shocking analogy comparing the brains of “normal” Africans to that of leucotomized (lobotomized) Europeans. Although the original article is lost somewhat to obscurity, its hypothesis has been a mainstay in much of the historiography surrounding the racist science behind what can be called a “colonial psychiatry.”

Since Megan Vaughan’s seminal article on “Idioms of Madness in a Nyasaland asylum” (1983), a robust sub-genre in medical history scholarship has followed suit to explore the concepts, confinements, and rhetorical abuses of colonial institutions across their occupied territories. Kenya, as is often the case, looms large. This is due, in part, to the work of Carothers throughout the 1940s from Nairobi’s Mathari Mental Hospital, which followed on from an ugly eugenicist turn amongst white settler physicians in the 1930s. The body of work by such physicians appearing frequently within the pages of the East African Medical Journal and the later, more substantial, publications by Carothers in the early 1950s, solidified what came to be known as the East African School of psychiatry with Carothers as exemplar.

Carothers is known for three influential publications; the aforementioned article on frontal lobe function, a widely read World Health Organization monograph, The African Mind in Health and Disease (1953), and a British government commissioned treatise on the Mau Mau rebellion, “The Psychology of Mau Mau” (1954). Despite his prominence in some quarters, and the expectation that his years of service at the helm of Mathari qualified him as an expert witness on African mentalities, Carothers’ work did not receive a quiet acceptance among his contemporaries. Experts from psychiatry and anthropology weighed in with responses to the WHO monograph with scathing reviews appearing in equally prominent journals. Lest Carothers’ stance on race appear unclear, critics made direct references to his racial and biological determinism—fair play, considering Carothers himself cited his frontal lobe theory in his later works.

Frantz Fanon, critiquing the agony of the colonial situation, referred directly to the sinister nature of the work emanating from Kenya and from Carothers specifically. Although Fanon had many targets, Carothers’ infamy was cited in a summing up of his chapter on “Colonial War and Mental Disorders” in The Wretched of the Earth with commentary on the damage done by the widespread acceptance, even in university teaching, of the “uniform conception of the African.”

“In order to make his point clearer” Fanon wrote, “Dr Carothers establishes a lively comparison. He puts forward the idea that the normal African is a ‘lobotomized European.’”  Unlike Fanon, J.C. Carothers was not actually trained as a psychiatrist (he completed a diploma course in psychology while on leave in the UK). He utilized the patient population of Mathari Hospital and a general armchair anthropological tendency that infected many colonial administrators, to publish his findings about the nature of the “normal and abnormal” African. Although he lacked genuine academic credentials, he did enough to beat out experts like Melville Herskovitz (a prominent figure in the founding of modern African Studies in the US) to win the WHO commission. Despite this intellectual coup, the book was seen as a racially charged blemish on the organization and was controversial the moment it was released.

Melville Herskovitz’ review warned that the potential damage caused by the publication was palpable. “For where, as in Africa, stakes are high and tempers are short, anything this side of the best scientific knowledge will accelerate existing tensions and make their resolution the more difficult.” The impact of the book might have remained fairly academic; it was, after all, an extended institutional report with a poorly constructed literature review. But it gave Carothers an air of authority as an expert on African psychology amidst a period of turmoil and increasingly violent demands for independence.

By the time the state of emergency was declared in Kenya in 1952, Carothers had already returned to the UK. When the British government called on him to provide his opinion on the psychological impulse behind the Mau Mau rebellion, he was able to oblige from the comfort of home by plagiarizing substantial aspects of The African Mind with added polemics about the “forest psychology” of the Mau Mau. He made a brief government sponsored visit in 1954 to observe the detention camps, and his visit to Manda Island was documented in a scant entry in Gakaara Wa Wanjau’s Mau Mau Author in Detention. The result was a widely read government pamphlet, “The Psychology of Mau Mau,” which not only explained the reasons why Kenyans had resorted to violence, but also laid out a medicalized rationale for what to do about it.

Under the radar, in the mid-1950s, another psychiatrist had a mandate to visit the camps. However, so dominant is the Carothers narrative of East African psychiatry, these two doctors are generally not compared as such. Edward Lambert Margetts was a little-known psychiatrist from Canada who had the distinction of having overseen Mathari Hospital during the Mau Mau war. In stark contrast to Carothers, Margetts made some surprising observations about the trauma of detention camps—although it must be said that he was no sympathizer to the Mau Mau cause. Despite a penchant for collecting, documenting, and writing, he eschewed any opportunity to write about the Mau Mau war directly, but he too was invited to visit detention camps and to examine detainees brought to Mathari. Camp superintendents had little interest in big picture theories about the African mind, but they were keen to expose specific prisoners who were suspected of feigning mental illness as a means of escaping hard labor.

While some of Margetts’ notes are uncharacteristically cagey, he observed key patterns amongst a small number of detainees held in camps as well as Kenyans living amidst Mau Mau chaos. Most fascinating are medical notes with a term coined by Margetts “Mau Mau perplexity fear syndrome” in which he documented the anguished testimonies or panicked delusions of Kenyans who lived under a constant terror of violence. For detainees, Margetts made a remarkable observation that while some prisoners might well be “malingering,” others exhibited signs of dissociation caused by extreme trauma related to their confinement. Ganser Syndrome (after Sigbert Ganser, 1898) was also known as “prison psychosis” and included an array of unusual symptoms such as hysterical blindness or the compulsion to give nonsensical answers to easily understood questions. Margetts queried whether some detainees could be considered under this diagnosis—an indication that some of the trauma in Kenya might be attributable to British administration of the war and not the innate savagery of the African personality.

Frantz Fanon also referred directly to Carothers’ “Psychology of Mau Mau,” and to the government’s concurrence that the “revolt [was] the expression of an unconscious frustration complex whose reoccurrence could be scientifically avoided by spectacular psychological adaptations.” If Fanon was aware of Margetts at all, he would likely have conflated his views with those of his predecessor within the East African School. Fanon noted that Carothers’ work dovetailed with the types of claims made by the North African School. and the credence given to such ideas made the corruption, and “tragedy” of colonial medicine all the more evident.

Although they were contemporaries, these three psychiatrists had little in common, although two of them challenged the “Mau Mau as mental disease” paradigm from the distinct vantage points of clinical curiosity and revolutionary political thought. There are still many avenues to pursue within a scholarship concerned with psychiatry’s entanglement with colonial politics and violence, but perhaps J.C. Carothers output has had a shelf life beyond what it should have done. Edward Margetts’ tenure at Mathari is not unproblematic, but nonetheless leaves a very different intellectual footprint. From his clinical notes and writing, we may apply a bit more nuance and tension to the otherwise flat depiction of Carothers’ overt racism.

The “East African school” represents a paradox between a scientific community that for the most part knew better in the 1950s, and the undeniable influence of racialized intellectual outputs placed in just the right circumstances to do the most damage. 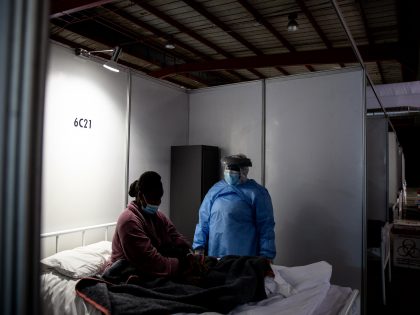 Capitalism is a disease

Anyone who lives in fear of getting sick exists in a state of unfreedom.

Did Frantz Fanon ask Léopold Sedar Senghor for a job in 1953? And what might have happened to postcolonial psychiatry in Senegal if Senghor had given him one?