In April 2014 I found myself in the dining room of a family home in Diepkloof, Soweto, speaking to two middle-aged women about their experiences of the political uprisings that engulfed Soweto and other townships across South Africa during the final, turbulent decade of apartheid in the 1980s. As one woman laid down a tray of coffee and vetkoek, the other, Zanele, interjected, “You know, the petrol bomb is very powerful.” She proceeded to tell me about how, as a teenager and school student, she herself had participated in the township uprisings by targeting white-owned businesses and bus companies with stones and petrol bombs. Listening to the recording of our interview later, the banal hums of domesticity—the stirring of teaspoons and clinking of cups—sounded in stark contrast to Zanele’s descriptions of burning vehicles, police birdshot, and rolling Casspirs in Soweto’s streets.

In previous histories of South Africa’s liberation movement, the involvement of girls and young women like Zanele is all but missing. From the mid-1970s, Black children, students, and youth were the vanguards and shock troops of the anti-apartheid struggle. But these young activists have been depicted as a primarily male and deeply masculine group. As township politics grew increasingly confrontational and dangerous during the mid-1980s, girls and young women were thought to have been largely excluded from the struggle and increasingly confined to the home.

Yet from 2014 to 2016 I met and interviewed dozens of former comrades from Soweto, all of whom had given up their habitual lives as teenage girls to fight against apartheid by joining ANC-aligned student and youth organizations in the 1980s. Now middle aged, these women were eager to share their past experiences, and their stories repudiated the idea that girls were absent or sidelined from political activism during these years. While they were far fewer in number than their male counterparts, these women still protested in the streets, confronted security forces with stones and petrol bombs, took on leadership roles in their communities, and were detained, interrogated, and tortured by the apartheid state.

Their narratives placed them at the very center of the township uprisings and emphasized how, despite the stereotypes attached to their gender, they were willing to risk their lives for the struggle just like boys and young men in their communities. “Our heads were so hot, we didn’t want to be left at the back,” Zanele explained. If her male comrades ever discouraged her from participating in dangerous or physically demanding missions, she’d protest: “No, we are going there. Why must we stay behind? Because we were all fighting. If you throw a petrol bomb, I throw one too. If you mixed the petrol bomb there, I want to know, how did you mix it?” In many ways these women’s narratives conformed to archetypal images of the fearless, heroic, but at times over-zealous comrade inscribed in collective memories of South Africa’s liberation struggle. But because this image is so starkly masculine, the female comrades I interviewed were often more intent than men to clearly demonstrate their valor and proficiency as stalwarts of the liberation movement. Zanele spoke of how she was often the first and most eager among her group of comrades to chase after and discipline suspected police informers, and how she felt no fear when confronting security forces in township streets.

Yet in many other ways, the stories these women tell expand and complicate our current understandings of the liberation struggle, as they highlight issues often eclipsed or overlooked in men’s accounts. Zanele spoke of the struggles female comrades faced in trying to balance their identities as both daughters and activists. “It was a little bit difficult,” she sighed, explaining how she was forced to choose between attending political meetings and completing her household chores. “Maybe it was easy for men but for us it was difficult because I got beaten everyday by my grandmother. If I didn’t finish to do this [cooking, cleaning] …I was beaten, maybe in a week, thrice.”

Once the police became aware of Zanele’s political activities, her home life was further complicated. Her grandparents forbid her to stay with them anymore, fearing she’d bring the police to their door. While Zanele at times expressed pride in rebelling against her domestic duties and parental pressures, she also spoke about the personal difficulties her politicization caused: “It was so painful, because I missed them. I want to see them, you know? I want to change my clothes. But I wasn’t allowed…it wasn’t safe for me to go home.”

These women’s stories thus tell us about how activism was lived on a day-to-day basis, and the struggles it brought to young people’s private and family lives—topics rarely explored in current histories which tend to prefer comrades’ more public identities and activities.

Zanele’s narrative was punctuated with the full spectrum of human emotion. She spoke candidly about how angry police informers made her (“I hate those people”, she repeatedly stated). She laughed when discussing how she and her friend would enforce a consumer boycott, demonstrating the thrill such confrontations brought. But she also expressed remorse for disappointing her grandparents, for attacking bus drivers during a bus boycott, and for destroying the groceries of those caught shopping at white-owned stores. Her narrative was at times contradictory and ambivalent—she would long for her days as a young activist and the excitement this brought, while also lamenting just how difficult those years were and the high price she paid for her political involvement.

These oral histories offer us a different picture of the struggle than those usually told by men: one that is messy, non-linear, and startlingly candid. It is no rosy, unequivocal, celebration of a war won. It is an introspective tale of what it meant to be a young woman against apartheid, both at the time of the liberation struggle and in the three decades since. 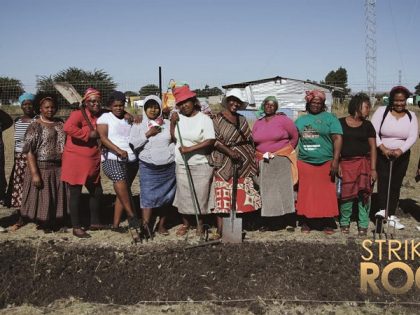 What is it like to be a woman leader in South Africa’s Economic Freedom Fighters?