There are some scholars and intellectuals whose indispensable work one returns to over and over again. For me, as for so many others, it is the late Cultural Studies’ founding father, professor Stuart Hall (1932-2014). For though much of Hall’s rich oeuvre came in response to  concerns in the context of Black and anti-racist struggles in his adopted homeland of the UK in a period spanning from the 1950s until his death in 2014, it still feels remarkably prescient and relevant to the present conjuncture.

Though admittedly never the most rigorous or systematic of scholars and intellectuals, the late Hall was fortunate in having so many remarkable students, friends, and colleagues. It is to their credit that his intellectual legacies have been preserved so well in the form of the Stuart Hall Foundation, in any number of publications in his honor, in the films of John Akomfrah and Steve McQueen, and in a series published by Duke University Press. In the latest addition to that series is an edited volume with Hall’s Selected Writings On Race And Difference by Hall’s erstwhile student Paul Gilroy (University College London) and Ruth Wilson Gilmore (CUNY).

At 440 pages, and covering academic essays, journal articles, occasional writings and speeches by Hall from 1959 to 2006, it is obviously an impossible task to detail the myriad themes and problems that Hall explores in this collection. Gilroy, who in 2019 was awarded the prestigious Holberg Prize from the University of Bergen, has in his own work and by his own admission not always seen eye to eye with his teacher and mentor on matters pertaining to race and racism.

One suspects, however, that Hall would have approved of his erstwhile doctoral student’s dissent. For in a telling essay on the great historian C.L.R. James from 1992, Hall in fact argues that:

Major intellectual and political figures are not honored by simply celebration. Honor is accorded by taking his or her ideas seriously and debating, extending, quarreling with them and making them live again.

In an era in which the neoliberal university and scholars and academics beholden to its logic all too often brand robust academic debate as a potential breach of “collegiality” and consider it inherently detrimental to the university “brand” if such debates take place in public view, these are apt reminders.

In his introduction to this volume, entitled “Race is the prism”, Gilroy situates Hall’s writings on race and difference in its historical and societal context. Gilroy starts with the observation that he has over the years overheard many distinguished British academics relate their astonishment in discovering that the real Stuart Hall was in fact a Black man from the Caribbean. For Gilroy, as for so many others of Hall’s students, part of Hall’s fundamental importance is also related to him being an embodiment of the very negation of the historical “impossibility” of the figure of the Black intellectual. Gilroy writes that:

Gilroy makes a convincing case for the centrality of race and racism as “indispensable for coming to terms with the meaning and the politics of his intellectual work as a whole.” In Gilroy’s rendering, race is for Hall, “a constitutive power” and “a prism” through which people are “called upon” to live through “crisis conditions.” Hall is singled out as “the first academic to highlight the reproduction of racism as common sense.” As a founding figure of Cultural Studies and the Birmingham School, Hall did as Gilroy rightly notes demonstrate a particular interest in showing how the modern mass media accelerated the  reproduction of racism. Hall’s essays on that particular topic in this volume, namely “Black Men, White Media” (1974) and “The Whites of Their Eyes: Racist Ideologies And The Media” (1980) should be compulsory reading for practically any aspiring media reporter.

It bears mentioning as a small caveat here, that though these issues are readily discernible from Hall’s intellectual and personal biography— including his fraught relationship with the racial hierarchies that ran through his family and childhood in Kingston, Jamaica—his turning towards these issues took time to develop and mature.

There is also to my mind a strong case to be made for the centrality of what another prominent student of Hall, namely the anthropologist David Scott has, inspired by Foucault, characterized as the “Caribbean problem-space” in Hall’s thinking on race and difference. The centrality of that very “problem-space” is readily apparent from the essays on the Caribbean and on Hall’s fellow Caribbean-born intellectuals included in this volume, such as Hall’s 1996 essay “Why Fanon?”, his 1992 essay “CLR James: A Portrait”, and his 2002 essay “Calypso Kings.”

Gilroy also emphasizes Hall’s seminal role as a “movement intellectual”, and one that as such was “a consistent if irregular participant in the public culture forged by black and anti-racist movements in the UK during more than five decades.” This public culture and the struggles it engaged in, “sought the extension of democracy.” If race, as Hall indicated in his essay “Race, the floating signifier” (1997)—an essay also featured in this volume—was ever changing, it also meant that racism had to be studied in its concrete historical, social, and political circumstances, rather than as some supra-historical, cross-cultural, and omnipresent “given.” Despite the chillingly bleak circumstances unfolding as Hall wrote (the Powellism of the late 1960s, the Thatcherism of the 1980s, the successor-neoliberalism of Blairite New Labour of the 1990s), this collection is also a reminder that Hall’s was never a “counsel of despair.” Until the very end of his life, Hall conceived of himself as something of a Gramscian “organic intellectual” for whom scholarship was never an end in itself, but was forged in constant dialogue with community concerns. And so, part of what makes this particular collection of Hall’s selected writings so interesting, is that the editors Gilroy and Wilson Gilmore have also dug up fascinating, but lesser known material, even for Hall aficionados. These allow us to observe Hall the “movement intellectual” in concrete action, and addressing matters of crucial concern for Black communities in the UK in public addresses in texts such as “Teaching Race” (1980), which was first presented to social science teachers in London, and “Drifting Into A Law And Order Society” (1979), a lecture presented to the Cobden Human Rights Trust.

There is however one particular respect in which Gilroy in his introduction places his teacher and mentor Hall resolutely in the past, even while arguing for the need for scholars and activists alike to learn from Hall’s lessons in the present. For Hall lived through the high tide of racialized minorities’ self-identification as “black” and with “blackness.” That was a category constructed in and through the crucible of the adverse circumstances of the anti-racist struggles against hegemonic forms of racism in the 1960s and 70s. (As a young social anthropologist undertaking ethnographic research in the townships and informal settlements of Cape Town in the early 2000s, I encountered the category as a residual element in former anti-apartheid activists’ nostalgia for the by then lost world of thought and practice with unitarian and universalistic aspirations of the United Democratic Front in the 1980s.) Gilroy refers to it as “that open, now anachronistic notion of blackness” towards which there is now apparently “considerable hostility” among anti-racists as “a political color accessible to all non-whites.”

Bearing in mind the significant anti-racist mobilizations in support of Black Lives Matter (BLM) in the USA and Europe last spring, I am not quite as sure as Gilroy that the category “Black” (now with a capitalized ‘B’) as a category of self-identification pertains to the past, nor of a presentist and inherent “hostility” towards it among younger antiracists. History, according to the Marxist adage, repeats itself twice—first as tragedy, then as farce. But it seems to me that Gilroy overdoes the polemics when arguing against a cardboard version of young and emergent generations of anti-racists’ ideas about antiracism as “mainstream visibility and inclusion” as “the final frontiers of anti-racist politics” and “self-care as the ultimate obligations of a black revolution.” Apart from that, there is also the question of whether the conditions of possibility that made for its emergence as a dominant form of self-identification is something that we really ought to be nostalgic about. For the belated realization that the very self-identification with the category of “blackness” operated as a signifier that sub-sumed and suppressed modes of identification and forms of difference—in the past decades captured in the extensive literature on intersectionality—that need not necessarily have been antithetical to secular forms of a resolute anti-racist and planetary humanist universalism. One suspects that the late and great Stuart Hall, whose work also offers lessons in the value of scholarship and activism attentive to the past and the present, but in Gilroy’s apt words uncommitted to the idea of offering a “final, political interpretation”, would have been open to and pragmatic about the ideas of the younger generations of anti-racists now for better or for worse in the making. 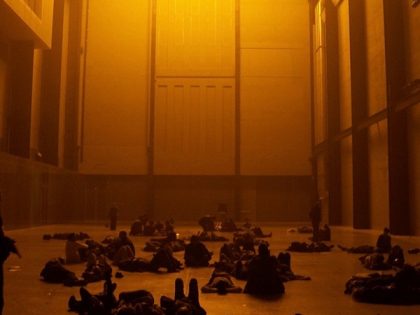 The re-emergence of racialized modes of thinking, racism and discrimination across the West, makes reading and re-reading Stuart Hall urgent. 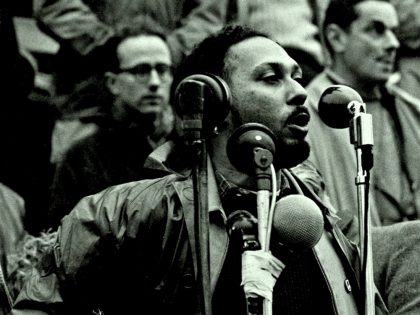 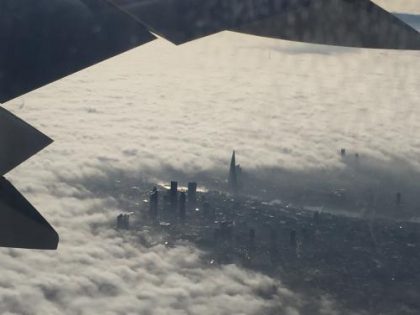 Will the UK ever give up on its racist immigration policy?

There have been lots of stories in the British press recently related to immigration, and these have made it clear that a sentiment still exists that is opposed to the familiar xenophobia with which the topic is usually discussed in the UK.