The song “Sabizeze” tells a story in which a Rwandan king, desiring a son as his heir, banishes his unknowingly pregnant wife. In exile, she gives birth to a son, Sabizeze. Once the king learns of this, he launches a search for his now-grown son and welcomes him home.

The song features heavily in the film, Ndagukunda Déjà (I Love You Already), a short documentary film directed by Sébastien Desrosiers and David Findlay. The film follows the story of codirector and Québécois journalist Desrosiers as he meets his estranged Rwandan father (then living in Montreal) and travels to Rwanda in a journey of self-discovery.

The choice of song is apt because of its parallels to the experience of Desrosiers: raised by a white Canadian mother in the absence of his unknowing father, he did not meet his father until he was 28 years old, and was subsequently welcomed to Rwanda by his father’s family.

Central to the 21-minute film are Desrosiers’s discussions of identity and belonging. Early on, he recalls his unwillingness to talk about his father because it would mean “accepting [his] otherness.” Later, Desrosiers talks about how he “played the part of the Black friend” but felt like an imposter because he was distant from his “African roots.” He explains that his journey to Rwanda was about finding acceptance; however, as he reflects on his experience: “If I thought I was Black in Québec, and that I would … return home to Rwanda … I was dead wrong, because there, to them, I was just a whitey, what they call ‘ummuzungu.’” Toward the end of the film, Desrosiers appears to gain the approval he seeks. Reflecting on his conversations with other Rwandans, Desrosiers’s uncle states, “Do not see him as a stranger. This is our brother. This is our son and our brother … I said, ‘Him— That’s our son. Rwandan just like us.’ They said, ‘No. No. He is umuzungu.’” His uncle replied, “No, no. He doesn’t look like us, but he is Rwandan.”

Such commentary captures Desrosiers’s negotiation of his own self-identification and others’ identification of him. While the film occasionally approaches identity in an essentialist manner, it also captures Desrosiers’s feelings of disappointment about being identified in ways he does not wish to be; his insecurity identifying as African, Rwandan, and/or Black; and his eagerness to belong and have his identity recognized and accepted by others.

The acceptance of Desrosiers’s father and uncle make for a happy if not trite ending; however, such understandings of the film are laid out for the audience in a largely prescriptive way rather than being demonstrated through dialogue and interaction. For instance, the audience is privy to little conversation between father and son. When more naturally occurring discourse is shown, it can be a little awkward. While calling his mother from Rwanda, for example, Desrosiers informs her that he met “the uncle,” before correcting himself to “my uncle.” While the film approaches Desrosiers’s identification with and belonging among his Rwandan family as a foregone conclusion by virtue of their shared heritage, this small error reveals that identification is a much more complex process. In other words, Desrosiers’s initial identification of his uncle as “the uncle” demonstrates that racial, national, or even familial identifications can never be assumed, but are rather products of social practice. I do not fault Desrosiers for this slippage, but I would have welcomed exploration of other instances of mutual discovery and identification.

The film is also framed as taking place during the twenty-fifth anniversary of the 1994 genocide in Rwanda. While unclear who the film’s intended audience is, there is very little history offered about the genocide itself. Desrosiers reveals that his father could not or would not speak about what happened to his family before or during the 1994 genocide. When his uncle accompanies Desrosiers to a genocide memorial, his uncle calmly explains that Desrosiers’s grandfather was killed at what he identifies as the beginning of the genocide in 1963, while his grandmother, aunts, and uncles were killed in 1994. Desrosiers admits that, while he did not know these family members, he feels he owes them “remembrance.” But he does not offer an explanation as to why. Indeed, the 1994 genocide itself seems worthy of remembrance, yet it is also presented without context.

Such scenes reveal not only potential differences between talking about the 1994 genocide in Rwanda and in the diaspora, but also the various processes through which the genocide’s memory is encouraged and expected to be taken up by Rwanda’s youth. In one scene, Desrosiers’s father calls his son’s journey “a bandage on [his] heart.”

Ndagukunda Déjà is rich with symbolism; however, if Desrosiers travelled to Rwanda to answer questions he asked his entire life, the film also creates more questions than it answers, particularly about identification, belonging, and memory. 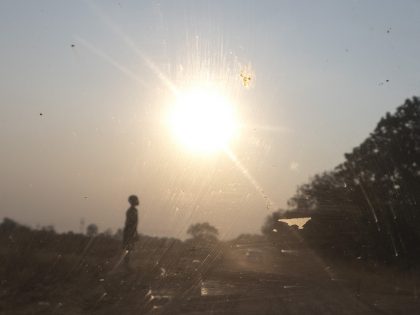 The house of exile

Edward Said once said of the usefulness of exile for intellectual work: it involves adopting “a spirit of opposition, rather than accommodation.” James Baldwin and Sisonke Msimang took it to heart.