At least 3.7% of Africa’s GDP leaves the continent as illicit capital. This translates into $88 billion annually. Most affected are countries rich in mineral and natural resources though capital flight is not limited to these countries, according to the United Nations Conference on Trade and Development (UNCTAD). Pilferage of government funds often happens as a result of grand corruption and collusion through illegal transfers of money out of a country. This is particularly egregious as COVID-19 demand that governments institute measures aimed at protecting citizens from the pandemic’s consequences.

Success in addressing the pandemic and its effects have to a great extent depended on programs and policies governments already had in place. Countries with functional policies before the onset of the pandemic are better prepared to handle the health, social, and economic needs of their citizens. On the other hand, countries with limited social policy regimes have resorted to reactive, disjointed, and insufficient measures to protect from the vagaries of the pandemic. The need for a functioning social policy regime has never been more pressing than it is now.

Social policy relates to state interventions that directly affect social welfare, social institutions, and social relations. Social policy therefore aims to provide basic services such as water, education, health, and sanitation to citizens through the state. Recently the role of social policy has been limited to poverty reduction. Success during and after the pandemic requires social policy that transcends the instrumental role of poverty reduction. Transformative social policy does this by proffering multiple instruments capable of promoting production, protection, reproduction, redistribution, and nation-building.

Financing of social policy is often a major obstacle to implementing and expanding schemes. Before the current crisis brought about by COVID-19, health, education, and social policy budgets in countries were already constrained. With the current economic crisis, budgets may face additional constraints, further deepening financing gaps. For budget stabilization and to repair public finances, governments might cut social spending, despite households being in greater need of protection following losses of jobs and income. Poverty levels might rise as a result. The current crisis precipitates urgency for governments to expand social services particularly in health, and social protection measures to cushion households from the effects of the pandemic.

Governments often highlight constrains of affordability as the main hindrance to social policy expansion. Traditionally, to finance social policy, governments have increased fiscal space through official development assistance (ODA), additional borrowing, improving revenue collection and reprioritizing expenditure. However, these sources of financing are becoming inadequate and dependence on these forms of revenue might compromise expansion of already constrained budgets. Usual sources of financing such as development aid could decrease as donor governments deal with the pandemic in their respective countries.

To meet the current and future demand for social spending, countries in Africa need to seek other sources of financing. One of these sources of revenue are recoveries from illicit financial flows (IFFs). The continent is one of those most negatively impacted by IFFs, as pointed out earlier. Other acts include misconduct by multinational companies complicit in dodging taxes, mis-invoicing, and transfer pricing, and cross-border illegal activities, such as dodging customs duties, trafficking in natural resources, and hiding wealth in offshore havens. The amount lost through IFFs is almost equivalent to annual inflows of official development assistance.

Financing from recoveries from IFFs can assist in closing the underinvestment gap. This gap can be overcome by stopping the hemorrhaging of resources, reclaiming stolen assets, and using the resources to expand social policy. State capacity is important in stopping the hemorrhage of resources. Governments have to strengthen anti-corruption laws to curb enablers of IFFs. Increased fiscal space can free other resources, thereby creating fiscal capacity to expand existing social policy interventions or to implement new programs. Curbing IFFs can potentially increase the revenue source of capital to finance social policy and investments in social development.

To curb IFFs, cooperation at international level is important and includes structuring reforms in the international tax system, which foster transparency and enhance cooperation between different tax jurisdictions. Improving transnational and trans-agency governance of illicit flows can further help in promoting the recovery of assets and IFFs. Also, countries with strengthened laws to deal with revenue loses through corporate tax avoidance could thereby increase their tax base. Countries with tax treaties that promote IFFs need to renegotiate such treaties. At national level, citizens can build coalitions to agitate for reforms and better distribution of resources, as well as openness and transparency in tax systems.

Curbing illicit financial flows is important for increased social spending but not sufficient to determine financing of social policy. Available resources do not necessarily reflect how resources are distributed and how much of the revenue reaches lower income groups. Although institutional capability is important in curbing illicit financial resources, the political context determines how resources are distributed. Financing of social policy is more a political choice than one of affordability. Persistent focus on affordability draws away from questions of how politics shape social policy and what determines how governments distribute resources.

Norms upon which social policy is implemented shape financing. Framing social policy around principles of equity, inclusivity, and solidarity can enhance social cohesion among citizens and stimulate government social spending. Universal provisions generate greater solidarity amongst citizens. Targeted schemes, on the other hand, impede mobilization for collective demand. The norms that underpin transformative social policy are foundational in enhancing a sense of citizenship to create demand for increased social spending.

Nations in Africa can free themselves from dependency on ODA and donor funds toward financial independence that inspires the sovereignty necessary for structuring appropriate social policy. 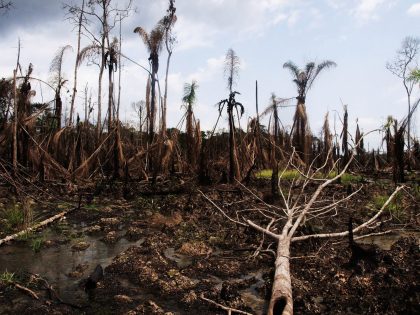 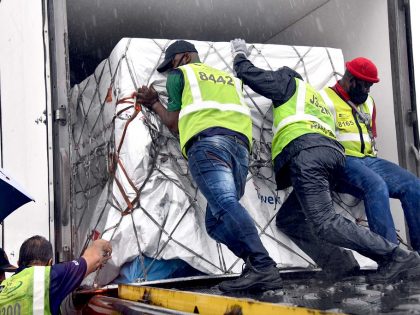