Following the recent elections, the US has a President-elect and a current President who refuses to concede. The race was tight, tighter than many had hoped, and race—the social construct—is central to why. The majority of white Americans voted for Donald Trump and the overwhelming majority of everybody else went for Joe Biden. Black voters, in particular, were key as Biden himself said: “The African American community stood up for me again” whereas Trump only walked away with 12 percent of Black votes. Twelve percent is not huge but considering the open white supremacy of the Trump administration it still comes as a shock. A friend told me she knew five of these Black voters and all said Trump was good for their business.

Their reasoning immediately took me back to the lead-up to the election when Ice Cube, 50 Cent and Lil’ Wayne shocked us all with their support for, or willingness to work with, Trump in the name of economic prosperity. Yet, for a cultural movement that popularized both “fuck the police” and “bling” in a society that routinely places profit over people should we have been so surprised? What we learned about hip hop this election season is how it, and the Black political mainstream more broadly, continues to have hope in the promises of American capitalism.

In January 2017, critic Hanif Abdurraqib eulogized a White House that welcomed hip hop, because until Barack Obama the relationship between hip hop and the office of the US president was generally adversarial. For example, “Eric B is President” from 1986, when Ronald Reagan was US President, is a hip hop classic that makes the Afrodiasporic cultural move to appropriate power that, according to the norms of white society, you are least likely to hold. It is worth noting the song samples James Brown’s “Funky President,” which was a rebuke of US president Gerald Ford. Emcees also consistently rejected presidents, as Biz Markie did when he rhymed “Reagan is the pres but I voted for Shirley Chisholm.” (Biz Markie was referring to the congresswomen from New York City, who became the first Black woman to be elected to Congress and also the first Black woman to run for president in 1972.)

This was repeated by Common and Method Man about Bill Clinton and then by LL Cool J for George H.W. Bush, president from 1989 to 1994. Athough most rappers seemed to be with LL when it came to Bush, Eazy-E surprised everyone by attending a Republican fundraiser during Bush’s presidency. By all accounts it seems a mailing error was taken as an opportunity, not so much to be down with Bush, but as a kind of trickster move to take up space in a place, again, not meant for you. Bill Clinton tried to seal the designation of “first Black President” through his 1992 appearance on the Arsenio Hall Show, which was at the time definitely a preeminent home to hip hop. That was all abrogated by his attack on Sister Souljah, which sealed his actual bid for the presidency.

The nature of hip hop’s relationship to the US Presidency changed with the election of Barack Obama. For many in the hip hop community, Obama’s Blackness was a point of connection and his success evidence that despite the past there can be a future for Black people in the US. Yet, race is not the entire story; for some Black hip hop artists the possibilities they saw in Obama were not only for their race but also for their class (aspirations). As hip hop became an economic powerhouse with its own moguls, the claims to power that have been its staple moved from the purely figurative realm to a more tangible proximity to political and economic power—from being president on a track to chilling with a sitting president.

Hip hop is often seen as a counterculture that will challenge the status quo. While this view is valid, it is also incomplete because hip hop has always had a parallel track about getting money, power, and respect. So, while open support of Trump makes many of us clutch our gold chains, hip hop’s embrace of Obama was not exactly chanting down Babylon. When hip hop gets political, the figures who are most cited—Malcolm X, Minister Louis Farrakan and Assata Shakur—represent a radical Black politics that is definitely far afield from Obama’s kinder and gentler status quo (after all it was during the Obama presidency that Shakur became the first woman on the FBI’s list of Most Wanted Terrorists).

I think it is safe to say that on the whole, Black Americans are skeptics when it comes to the US political system. By the same token, many of us still hold on to the possibility that we can fix things enough so that we too can access American prosperity. To me, this has to do with how mainstream Black politics puts forth a critique of racism but leaves capitalism relatively unexamined in order to get a seat at the table so we can get our piece of the pie. This plays itself out in hip hop when individual success is seen as the promise of collective success; wherein successful individuals, such as Jay-Z, critique not only racial inequality but also Black folks who are not “successful” because they didn’t heed him when he gave them “a million dollars’ worth of game for nine ninety-nine.” A similar positioning happens with Ice Cube’s Contract with Black America. The contract identifies how racism disadvantages Black people and a need for “Black responsibility.” It seeks repair for past wrongs primarily by demanding Black people get their piece of the pie, as per mainstream Black politics. The problem with this strategy, however, is it never considers whether the pie is too rotten for anyone to eat.

For me, this metaphor of the pie and its shelf life is really about two things. First, while I don’t think hip hop support for Trump is particularly astute, I also do not find it so surprising. If getting paid is the aim, then capitalism is the game, and that by its nature will lead to all kinds of relationships to power. Second, it is a call for interrogating what really are our visions of liberation. If, as the scholar Ruth Wilson Gilmore argues, capitalism requires inequality, racism enshrines it, then can we really financially plan our way to freedom? Can we all be billionaires? And should that even be our goal? Simply put, can we get rid of racism if we don’t also get rid of capitalism?

I would like to think we can build a world where there is no need for billionaires because everyone has access to what they need to live a good life. I know the road to getting there is not paved by presidential votes but begins with asking ourselves some tough questions about money, power, and respect. 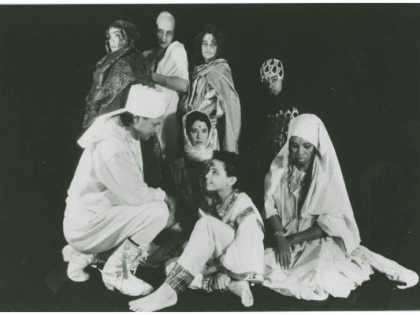 Despacito Will Not Save Us

The hit song and its production reflect everything that is wrong with the music industry and how it exploits the cultural production of communities of color. 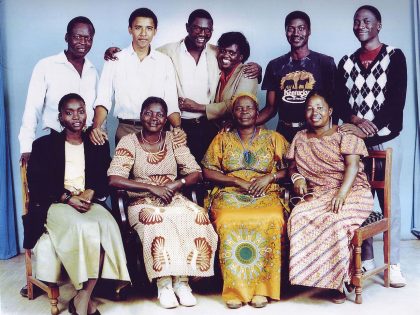 What Kenya means to Barack Obama

Throughout Barack Obama’s presidency, his personal links to Kenya have been weaponized by the U.S.’s Right’s as a slur. But there’s more to his relationship with his father’s country.