Last month, the brother of George Floyd appealed to the UN Human Rights Council to stop racist violence and the killing of black people in the US. While the current US administration continues to ignore and amplify systemic racism, Philonise Floyd looked well beyond his national borders for help. As he declared, “Black lives do not matter in the United States of America.” Floyd’s statement comes alongside weeks of anti-racist protests in cities across the world, with activists and ordinary citizens mobilized and enraged by events in the US. However, this “global conversation” on American racial injustice is not a new one. Movements for solidarity across the black Atlantic have a long history, accelerated in the mid-20th century by struggles for decolonization and civil rights. The example of a small country like Guinea shows how intimately black Atlantic lives are connected through shared pain, protest, and hope.

Guinean people have long had an ambivalent relationship with the US. The country has a proud history of anti-colonial politics, launching a socialist cultural revolution in the 1960s, and developing close ties with China and the USSR. Yet, Guinea also maintained friendly relations with the US throughout the Cold War and thereafter. Although the newly independent nation approached the US as a strategically useful ally, it also actively supported dissident black politics and culture, in line with its own commitments to pan-Africanism. Stokely Carmichael and Miriam Makeba fled the US for exile in Guinea in the 1960s, where they were warmly welcomed by the ruling regime. Makeba even went on to deliver Guinea’s annual address to the UN General Assembly in 1976.

Older Guinean artists and audiences reveled in the message of Black Power and the sounds of jazz, funk, and soul—translating these genres into local sounds. At the same time, black audiences in the US admired Guinea’s cultural politics and even adopted the regime’s slogan, “Ready for the Revolution!” These ties have continued over the subsequent decades through dance and music—from the Ballets Africains to Yéké Yéké to hip hop—and through the crisscrossing of people, styles, and ideas. In this process, Guineans have not entirely separated black and white America. American leaders, from JFK to George Bush and Bill Clinton, have also been celebrated in the country. Guinea’s capital, Conakry, is dotted with posters of Barack Obama as well as places like the Hillary Clinton literacy center.

Guinean people know that US foreign policy is steeped in paternalistic views about the rest of the world. As political commentator Tafi Mhaka recently stressed, America cannot lecture Africa on human rights. However, Guineans also admire many aspects of American political and popular culture. Even as they keenly follow stories of election hacking and interference in the US, they also discuss the merits of its system, its open discourse, and its laws.

Guinea is also the home country of Amadou Diallo. Diallo was a 23-year old man from the small highland town of Lélouma in central Guinea, who eventually moved to New York City to build a life for himself and his family. On February 4, 1999, as he stood outside his apartment building in the Bronx on his way home after dinner, Diallo was senselessly murdered by four officers of the New York City Police Department. They fired 41 shots, killing Diallo in a tsunami of bullets. The police claimed to have seen Diallo holding a gun, when he was, in fact, holding his wallet. The policemen were indicted for second-degree murder and ultimately acquitted on all charges. Their bullets not only killed a young man, but also the hopes of an entire family and a community, who looked to a successful son as a symbol of inspiration and support for others. Amadou Diallo represented a collective dream that was forever extinguished by racist and militarized policing.

Many Americans know of Diallo as “a West African immigrant,” but people in Guinea are deeply aware of his national roots. He was a Guinean man who had looked to the US for his future. Local musicians recorded songs about his killing, and how it was linked to racism. Last year, a Guinean newspaper interviewed his mother, Kadiatou Diallo on the 20th anniversary of his murder. As an advocate for criminal justice reform and the head of a foundation named after her son, she is still fighting for justice and said that almost nothing has changed in the US since her son was killed.

Over the past few weeks, Guinean activists and commentators have used the airwaves and social media to remember Amadou Diallo, and to denounce police brutality in the US, just as they have for years protested against police and military violence in Guinea. On the country’s most popular news program, one of the presenters described the US as “a hotspot for crime,” while another remarked that with these “atrocities … the state is committing violence.” As the Guinean sociologist, Dr. Alpha Amadou Bano Barry, tells us, “America was born in violence. Violence against black people is a fundamental trait of its existence and has always been normalized.” Barry, along with many of his compatriots, also believes that the swell of protest shows that political reform and cultural change away from the reflex of violence are, finally, now at hand.

This is the view from Guinea. Although the current US President insults countries in Africa, Guinean people see, clearly, what the US is—both good and bad. In speaking out against racist violence, they are speaking directly to Philonise Floyd and his fellow American activists. They signal that the world is watching and listening, and not looking for leadership from the US, but pushing in solidarity for change.

Let us remember Amadou Diallo and say his name, and let us collectively continue the history of struggle and solidarity. 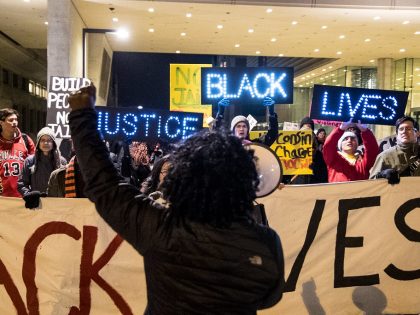