On a Saturday morning last September, Samuel Komolafe-Nath stood next to his older brother on the sidelines of a pickup game on Staten Island’s North Shore. The weekly soccer match brings together players from Nigeria, Senegal, Ghana, Sierra Leone, and of course Liberia, which counts a significant diaspora on the island.

The 18-year old Komolafe-Nath, wearing a FC Barcelona No.10 Lionel Messi jersey, patiently awaits the moment to come onto the field for the first time since arriving here a week earlier from Lagos. He moved back to Staten Island, where he was born, after 15 years in Nigeria.

“I left when I was really young, so this is all pretty foreign to me,” says Komolafe-Nath of his new life back in the U.S. with his dad, brother and sister. He studies Computer Science at the College of Staten Island, where he hopes to play soccer in the fall.
A voice calls him onto the field: “Messi, you’re in.” His brother looks on attentively.

Scenes like these play out every week in parks run by New York City and on high school athletic fields across the five boroughs, where African immigrants gather to practice, compete, or simply catch up with old friends. Soccer in New York City offers significant social, cultural and sometimes economic support for the African diaspora, one of the fastest growing immigrant communities in the city.

More than 30 years ago, the Old Timers, an association of Liberian men living in New York, began organizing pickup games regularly in the Park Hill section of Staten Island. The tradition has evolved today to include players ranging in age from 16 to nearly 70 years old and from multiple countries.

Matches are now played at Corporal Thompson Park, sandwiched between the West Brighton Houses, a housing project to the South, and the shipping docks to the North, over which a large Trump flag waves overhead. The presence over the years of more non-Liberian African players like Komolafe-Nath at the Saturday matches underscores the growing diversity in New York’s least diverse borough.

Tunis Hashim, who arrived here from Monrovia in 1986 and helps organize the matches today, is one of a few from the older generation who still comes out regularly.

“Soccer for us represents peace,” says Hashim of the role soccer has played in his country’s history.

Under his track suit, he wears a tee shirt bearing the image of the most famous Liberian, current president and former FIFA World Footballer of the Year, George Weah.

Prince Yates, fellow match organizer, knew Weah well in Monrovia: “We grew up in the same neighborhood and played together up until he left to play in Cameroon. He even played with us here on his visits to Staten Island.”

At a high school football field overlooking the East River in Upper Manhattan, Latin music plays from the stands as an announcer calls a soccer match live in Spanish over a portable PA system for a few dozen spectators. On the pitch, a Honduran squad competes against the NY Dragons, a team led by Togolese player/coach Florent Sodji.

Sodji (42), a former club pro and Togolese national team player, founded the Dragons in 2009. He sees it as part soccer club, part youth academy and part support system for fellow West Africans. Today, they participate in different amateur leagues throughout the year and practice in the Bronx every Saturday morning at 6.30 am, rain or shine.

Thirty-two-year-old NY Dragons midfielder Aly Lawal, one of a few non-Togolese players on the team, initially arrived in Houston from Burkina Faso for his studies before making his way to New York City to find work a few year later.

“When I came to New York, Florent and the NY Dragons welcomed me with open arms,” he says after his team’s loss to the Hondurans. “Life in the US can be so stressful. That’s why this team is so important for me. It’s like family.”

From Accra to Kano State to the Bronx

Abubakar Ahmed Ali’s soccer career spans nearly six decades, three countries and two continents. Every Saturday morning, the 69-year-old former pro (Accra Hearts of Oak, Raccah Rovers and the Green Eagles) and current youth coach travels from his home in Yonkers, NY, to a pickup game a few blocks from Yankee Stadium in the Bronx to meet up with old friends and to help train African “youth,” as he calls them.

The quality of play on the pitch is high. Mostly African, current and former professionals as well as college players, aspiring pros, and even a former boxing world champ from Ghana come out regularly.

Ali seems to know everyone, switching with ease from English to Hausa to Twi. His slow gait up and down the sidelines reveals the wear on his legs of a long career played at the highest level.

One of several links in the Bronx to Ali’s life back in West Africa is his best friend Ahmed Yakubu Mohamed, whom Ali has known since the 1960s when they played together in Accra. Mohamed drives to the Bronx from his home in New Jersey every weekend and brings his teenage grandson Mubashir, an aspiring college player, with him so Ali can help train him.

Reflecting on these friendships and on his work training kids here in NYC, Ali says proudly: “This is my passion … soccer is love.” 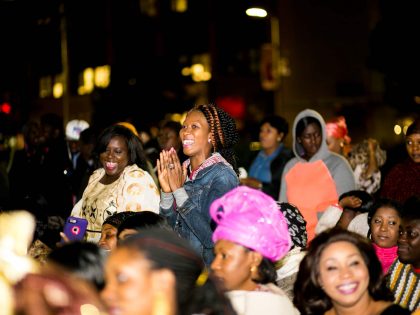 Malians started arriving in New York City in the 1980s, numbering about 8,000 now. They also brought their music. 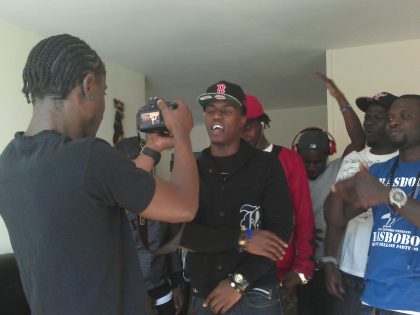 Boogie Down Nima in the Bronx

Recognition of the contributions to the New York cultural landscape by African immigrants remains strangely absent from the average New Yorker’s frame of reference. 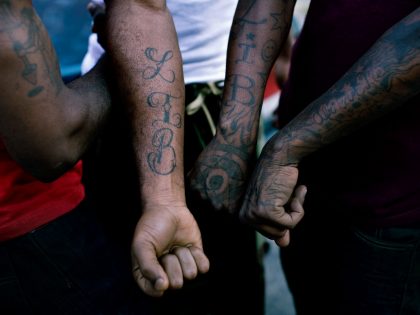