As COVID-19 rages, the struggle for survival has not stopped in Tanzania and sugar is now at the epicenter. On a recent cool Saturday morning in Morogoro, a town in the eastern part of Tanzania, some 196 kilometers west of Dar es Salaam, dozens of people flocked to a store on John Mahenge street that was reportedly selling sugar. Sugar, a commodity that has a long and pitiful history of being at the heart of the East African nation’s politics, had recently vanished from store shelves. After going without sugar for weeks, people told the local media that they had woken up very early in the morning, hoping that at last luck would be on their side.

So desperate were these people in their struggle for sugar that their health and possible exposure to the coronavirus mattered less. For while Tanzania no longer releases updates on the status of the COVID-19 pandemic in the country, the situation on the ground is far from satisfactory. Amidst this growing threat, however, the people that queued to get sugar did not bother to maintain the social distancing requirement advised by health experts to contain the spread of the pandemic. Nor did many wear masks. Nowhere could the relationship between poverty and ill-health have been more relevant.

What happened in Morogoro on that day was typical of the general situation across almost all major cities and towns in Tanzania. It took place exactly two weeks after the government informed the public of its intention to allow the importation of a total of 13,000 tons of sugar, projected to fill the deficit left by local sugar producers, which according to Tanzania’s business daily The Citizen, have the capacity of producing only an estimated 360,000 tons of sugar annually against a domestic demand of about 670,000 tons. The deficit is usually filled through imports, which have been made more urgent recently given the closures of local manufacturing factories for maintenance purposes and due to the rainy season. But Tanzania is no stranger to sugar shortage, nor has the importation of the commodity been a temporary solution to the problem. It is not known for how long the solution will persist now that it is known that sugar importation compromises Tanzania’s prospects to become a sugar exporter. In 2016, one year after having been elected to office, President John Magufuli banned the importation of sugar saying it was hurting local producers, but the politics of sugar is too complex to allow the ban to function effectively. It was lifted two years later.

The government’s latest attempt to import sugar came on the heels of an unprecedented price hike on the table condiment.  Consumers started to feel this in early April after they found themselves being forced to buy a commodity whose price fluctuated between 2,600 Tanzanian shillings (about $1.12 USD) to as high a price as 5,000 Tanzanian shillings (about $2.16 USD). In the bustling city of Dar es Salaam, for example, on May 1, 2020, I was forced to go to about ten retail stores in my neighborhood asking for sugar, but the whole thing turned out to be an exercise in futility. On the same day, because I was ravenously in need of the commodity, I went as quickly as I could to a nearby supermarket, but no sooner had I been there than I realized I had wasted my time. Acting on the advice of a friend, I had to call another friend who lives in another town in the city who, as luck would have it, had bumped into the commodity miraculously after he had gone to three other stores to no avail.

The reasons behind the current sugar crisis in Tanzania remain complex and a matter of fierce debate among the country’s economists, politicians, social justice activists, and ordinary citizens. On the one hand, there are those who believe that the situation is nothing but the result of changes to supply and demand. They also argue that the situation might have been aggravated by the Ramadan season, as almost half of Tanzania’s population is Muslim and sugar is an important recipe in the preparation of many evening meals for Iftar (end of fasting); it is not surprising then to see the price shoot up and the commodity even disappear from the shelves.

On the other hand, there are those who put the blame on the sugar manufacturers and wholesale traders of the commodity. They accuse them of hoarding it, creating an artificial shortage in what critics say is a plot to take advantage of the novel coronavirus and the holy month of Ramadan to amass more profit. The government, at least until the time of writing, belongs to this group and has so far been its staunchest proponent. It was in fact based on this belief that led the government to announce a cap on sugar prices, a move that nevertheless exacerbated the shortage for many retail stores owners. They would have rather not sold the commodity instead of selling it at an unprofitable, government-fixed price. The enforcement of the directive became more problematic and unpopular as regional and district authorities carried out patrols in neighborhood stores to see who is complying with the directive and who is not. With some arrested after being caught selling the commodity above the set price cap, other retail store owners abandoned trading in the commodity entirely, or sold it to their regular customers only.

As I was preparing to file this report, media reports in Tanzania indicated that authorities have been successful in importing a total of 25,000 tons of sugar to offset the severe shortage being experienced throughout the country. I couldn’t immediately and independently verify these reports for the stores in my neighborhood were still short of the supply. But, whatever the reason for the current sugar crisis, the problem seems to be more political rather than economic. And while it is undoubtedly true that economic solutions will be needed if a lasting solution to the challenge is to be found, politics remains the most influential arena from which the latest struggle for sugar—the struggle for survival—will be wedged for the coming few days. The flocking of residents from the “city without an ocean,” as Morogoro is famously known, to a store to get sugar was in its very nature a political act, and when all is said and done it was a real slap on the face of a cabinet minister who a few weeks ago suggested to the poor citizens of the country to consider using honey if sugar was too expensive! 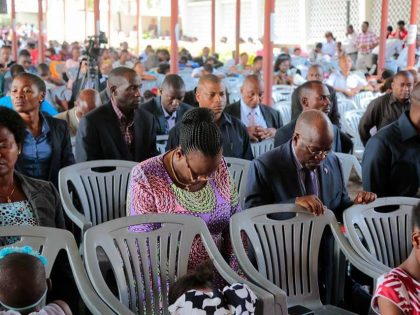