The heightened interest in Africa-China relations is prompted by the increasing trade, investment, and aid between China and several African countries. Entry by China’s government and private and public enterprises into Africa came with increased foreign direct investments (FDI), mostly in the telecommunications, hydropower, transport, manufacturing, and construction space. Such ventures were greeted by African publics with skepticism and embrace. Obviously, embrace was, and still is, predicated on investments and technology transfers. Although academic and media debates explore some of the negative and positive aspects of the relationship, the way we discuss these issues frequently overlooks African agency.

On the first: It remarks on China’s neocolonial aims that harvest strategic mineral resources while violating global governance norms, environmental concerns and African independence. Namely, in the telecommunication space, it emphasizes China’s uniqueness as a global actor and raises questions about the extent to which the Chinese government is supplementing and promoting repressive practices. For instance, Huawei, a private corporation with connections to the People’s Liberation Army, built Uganda’s closed-circuit television camera (CCTV) system. Many opposition leaders instantly underscored how such introductions will enable the police to target demonstrators. Critically, these new technologies are accompanied by loans to enable African governments the means to purchase them. In other words, loans mostly from China’s Exim bank, make Huawei’s technology affordable. China’s Exim bank in particular follows Chinese foreign policy and has performed a critical role in advancing the expansion of Chinese trade and investments in Africa. More to the point, such observations speculate China’s autocratic ambitions; they find substantiation in China’s use and selling of surveillance technology worldwide. Global experts claim that Chinese companies are working with the Communist Party to export authoritarian tech.

The above trepidations are audible. Yet, it is also true that advanced democracies distribute surveillance technology. AI surveillance equipment is sold by US corporations. IBM has sold its monitoring tools to eleven governments. Other liberal democracies like Israel, Germany, Italy, France, and Japan have also contributed to the global trade of surveillance technology. It must be said that we currently occupy a critical technological inflection point, which is marked by surveillance mechanisms that go beyond arrested scales and duration. As such, nation-states like Uganda, regardless of their meager circumstances, now have greater means to conduct broad, invasive, and targeted surveillance.

The increased application of surveillance practices does not signal the end of democratic regimes in Africa and abroad. Whether these instruments are being deployed for legitimate or illegitimate ends can only be determined on a country-by-country basis. Future investigations must identify which countries possess the devices to pursue security goals and autocratic practices. More pressingly, while these above discussions are useful in examining asymmetric power in China-Africa relations, they privilege Chinese actions, focusing on how Chinese vectors are deployed in the African arena. Indeed, the imbalances between Africa and China should inspire judicious skepticism. Yet, such fears should not rest on assumed African ineptitude. The truth is that African governments and people exercise greater agency than is purported.

African agency is illustrated by how Ethiopia used Chinese financial investments to pursue development goals on their own terms. For example, the Woredanet project stands for “network of district (worreda) administrations” and uses the same protocol that the internet is founded on, but rather than allowing individuals to freely search information, it connects minsters and cadres in Addis Ababa to video conference with regional offices. This empowers minsters to instruct district offices on how to conduct quotidian tasks. Woredanet helps build the state’s capacity in rural areas by training government staff to enable regional offices to provide better services.

As for the second discourse on Africa-China relations, it accents the obstacles that face these relationships. This work tends to center on African state actors. More precisely, it is less interested in discerning the oppressive practices of China and more chiefly interested in the applicability of Chinese economic strategies in the context of African development paradigms. This inquiry underscores the political and economic milieu of African states. It principally illustrates how African interest in China primarily stems from investment and trade opportunities, as instruments to support regime stability and strategic development on the continent.

Likewise, in terms of economic tools, beyond foreign direct investment and trade, the China Africa Development Fund and Special Economic Zones play salient roles. Critical attention is paid to the Economic Zones for their role in technology transfers. Notedly, another contested instrument is the Export-Import Bank of China, which is criticized for the lack of loan conditions. The absence of loan conditions, which would demand domestic political reform, further adds to suspicion about coordinated efforts between the Chinese Communist Party and Huawei. More to the point, exclusive focus on state-level action, regardless of whether it is lauded or rebuffed with acrimony, is a singular framework to capture African volition. Considering African actors from various levels, within and beyond the state, will illustrate a broader sense of agency and how Africans have influenced, and in some ways, driven Chinese engagements in Africa-China relations.

Research and coverage need multi-layered perspectives on the issue of African agency. Such contentions will challenge overly simplistic analysis that ignores African efforts in molding China-Africa developmental relations. Additionally, beyond the work that explores the actions of African state elites, limited efforts examine African non-state actors at multiple levels of engagement and negotiation with Chinese equivalents. These remarks do not wish to exaggerate African volition. It is appropriate to be wary of gratuitous readings which overestimate African power in China-Africa relations. Nevertheless, we must attempt to find a balance by pursuing work that demonstrates the degree to which African agency is expressed within these developing relationships. 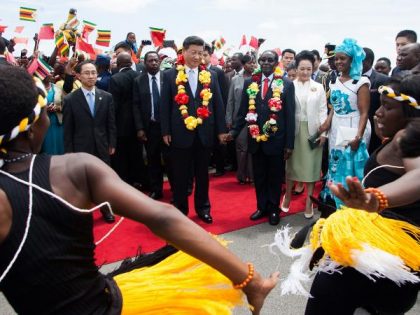 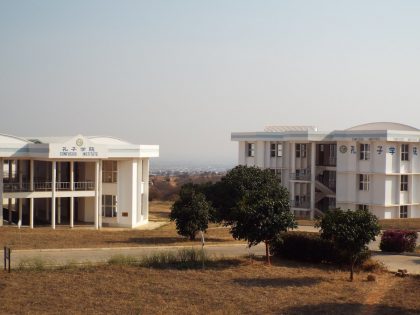 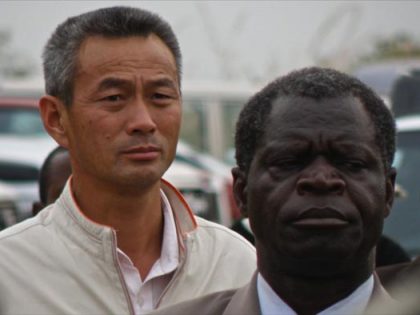 An exploration of China’s presence in Zambia, including suspicion, tensions and possibilities for collaboration.