Each year on March 21 South Africa celebrates Human Rights Day, a national holiday. The date is no coincidence. On that date in 1960, apartheid police opened fire on a crowd gathered at Sharpeville (by the PAC) to protest apartheid Pass Laws. Sixty-nine people were killed and scores were wounded. Although the generally agreed upon totals are about 180 hurt that day in the shootings and subsequent chaos, the reality is that since people knew that going to hospital might result in their being identified as having been at Sharpeville, those who could avoided any official institution, hospitals and clinics included. Most of the victims had been shot in the back and in the side, indicating that they were running away and posed no danger whatsoever.

Sharpeville shocked the world and helped to accelerate the nascent global anti-apartheid movement. The apartheid system was no longer something the world could overlook, no longer a distant clash involving undifferentiated Africans in the face of a seemingly harsh but generally westernized white state. The National Party responded with draconian measures that ensured that any opposition to apartheid whatsoever could land people in prison, in exile, or worse. Sharpeville was inarguably the single most important event in bringing the realities of apartheid to the world’s consciousness, and the country’s status as a polecat of a nation was assured from that date forward.

But the rest of the world was still appalled mostly in the abstract. A sporting and cultural boycott would develop over the next quarter of a century, taking longer to grow roots in some parts of the world than others, just as at some times the criticism and scrutiny of South Africa’s National Party government was more intense than others. The global gaze tended to move on rather quickly, responding to events and human rights violations as they emerged. The United States and the UK, the English-speaking nations that could have made the most difference, shook their heads and said the right words but rarely followed up with real action. Meanwhile, opposition in South Africa became increasingly difficult with masses of activists operating in exile across the African continent and abroad or else imprisoned on Robben Island and elsewhere. There was always opposition—the myth that the anti-apartheid struggle became quiescent after 1960 has always been overstated—but it did not gain serious traction until the young people of Soweto collectively shouted “Enough!” in 1976.

But Sharpeville is not the only reason why March 21 is such an important, solemn, vital date in South African history. Almost unimaginably, on March 21 1981, exactly 25 years to the day after the events of Sharpeville, another horrible atrocity took place, the contours of which are gruesomely familiar.

On that day a funeral party was traveling between townships of Uitenhage, the industrial city outside of Port Elizabeth in the United Democratic Front (and therefore ANC) activist stronghold of the Eastern Cape—an area known most for automobile manufacturing (making it South Africa’s Detroit, in effect). Township funerals in the 1980s were most often political affairs and the one that day—honoring the deaths of young people killed in protests earlier in the month—was no different. The state had effectively made funeral processions of this sort illegal. Police showed up on the scene, the funeral marchers—defiant, but unarmed—stood their ground, and the police opened fire. Nearly a score lay dead, and an uncountable number of people were wounded, shot in the back and in the side, a grim echo of history. The horrors that day came to be known as the “Langa Massacre.”

As long as we recognize that apartheid was definitionally a gross violation of civil rights and that the anti-apartheid opposition was motivated by a desire for human rights, broadly defined, it is perhaps easier to understand why March 21—the anniversary of Sharpeville, the anniversary of Langa—is so well chosen, and this national holiday so necessary. 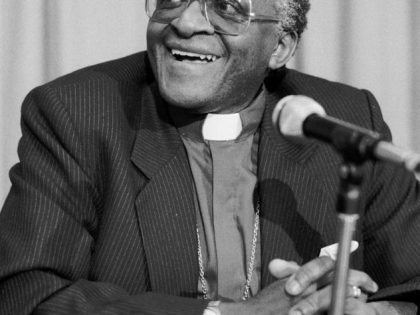 Marikana and the end of South African exceptionalism

South Africa’s problems are no longer specific to the apartheid legacy, but about more global issues of poverty and inequality. 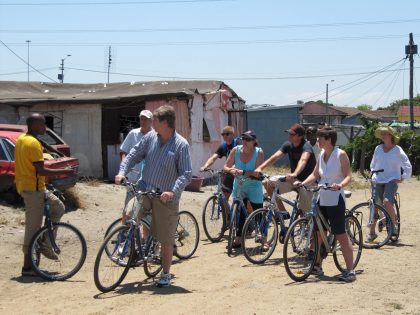 Take your madam on a social justice tour