In reality the sparkling economic progress that has been made since 2010 has had little bearing on most citizens, with 46.3 percent of Ivoirians still living in poverty. Trickle-down economics has failed to alleviate the biting hunger that nearly half of Ivoirians still suffer, while it has also struggled to reunite them. Politics remains as divisive as ever and although Ouattara announced on March 5th that he would not seek an unconstitutional third term in elections in October, as he had threatened to do, his increasingly authoritarian tendencies remain a concern.

This is a far cry from 2011. Then, after months of bloodshed that resulted in the deaths of 3,000 people and the displacement of 300,000 others, Ouattara’s arrival in power was regarded in much of the world, and in many parts of Cote d’Ivoire, with relief. Because he was a technocrat, he was seen by western elites and international financial institutions as a figure who might be able to stabilize a country which had spent nearly nine years at war.

On paper and by the standards of the market, Cote d’Ivoire is doing well economically. In the decade since the war, his administration has demonstrated a capacity to rebuild a broken economy and to attract considerable foreign direct investment. Ouattara’s Cote d’Ivoire has a GDP that has grown consistently at over seven percent and it has repeatedly been named in the top three fastest growing economies in Africa. Vast infrastructure projects abound, with a metro due to be installed in Abidjan by 2023 and new cafes, restaurants, and hotels emerge almost daily.

Ivoirians complain that these strong economic indicators have not improved their daily lives and that while investment floods into Cote d’Ivoire almost half of all Ivoirians are hungry. Additionally, while these new finances might help development eventually, they do not resolve the grievances that sparked the nine-year on-off civil war.

Nonetheless, international financial institutions and western governments have dealt with Ouattara and his business-friendly policies with glee. The president has sought out efficiency and has made it much easier to do business in his country. In 2014 and 2015 the World Bank noted that Cote d’Ivoire was among the top ten most improved places to do business in the world.

Ouattara has also brought some political stability to the country. It is no longer dangerous to travel around Cote d’Ivoire and a cease-fire line that marked the frontier between the north and south has long since been removed. Residents, even those who oppose Ouattara, express contentment that they are no longer faced with a daily threat of violence, while police road blocks have significantly reduced. Extortion is largely a thing of the past.

The façade slips away

But, as the years have gone on questions have increasingly been asked about the government’s respect for human rights and democracy. Additionally, political space has tightened and opposition leaders are concerned for their safety.

In 2016 President Ouattara held a referendum on reforms to the constitution in Cote d’Ivoire, which was successful but saw only 42 percent of the population participate. The government plowed ahead with reforms anyway, creating a Senate, which Ivoirians lamented was expensive, unnecessary and would simply allow the president to tailor the composition of the government to his requirements. A third of Senators—33 of the 99—in the Senate would be unilaterally appointed by the president.

This was only the beginning of a series of moves that undermined democracy in Cote d’Ivoire. Ouattara has increasingly cracked down on the opposition, choosing to arrest at will those who oppose him or seek to stand against him. The latest in a stream of such unsettling actions came in December 2019, when the president issued an arrest warrant for Guillaume Soro. The former head of the National Assembly and leader of the Forces Nouvelles rebellion, which ruled northern Cote d’Ivoire between 2002 and 2011, had been due to return to Cote d’Ivoire from a European tour when he was informed he would be arrested if he did so. He diverted to Ghana to avoid imprisonment.

The government claimed that Soro had been involved in a coup attempt and provided an audio recording to prove it. The tape however, allegedly dated from 2017, prompting Ivoirians to ask why the president had taken so long to use it against the ex-rebel. If he was guilty of such destabilization attempts while he was part of the government, why had the government waited so long to issue an arrest warrant?

Few can doubt that the impetus for such an action was the decision by Soro to announce, whilst in Spain in October, that he would stand as a candidate in the presidential election this year. The announcement likely disconcerted the government, which saw his northern and youth voter base as a potential challenge to its traditional strongholds in the north.

Not only did the government issue the arrest warrant for Soro but it also detained numerous supporters of the opposition candidate, including five members of parliament who are leaders of Soro’s Generations et Peuples Solidaires movement. Soro’s borther, Rigobert Soro, has not been seen since December 30th, 2019, which Amnesty International claims is the consequence of a forced disappearance.

Ouattara’s recent declaration that he would no longer seek to stand for an unconstitutional third term has allayed some fears of an autocratic turn in Cote d’Ivoire. However, the ongoing crackdown on the opposition and the failure to agree on a way forward regarding the composition of the electoral commission, which the opposition still regards as biased, cautions against viewing this decision as a resolution to Cote d’Ivoire’s political problems.

That Ouattara will not run in October’s election is undoubtedly a relief for Ivoirians who had feared the poll might be a re-run of 2010, in which Ouattara, Bedie, and Gbagbo faced off. But unless the president chooses to renege on many of his other undemocratic moves and opens up a genuine political dialogue with the opposition, reforms the electoral commission and releases political prisoners, tensions will remain high and the election could yet prove to be as controversial as the infamous 2010 poll.

The end of the CFA franc? 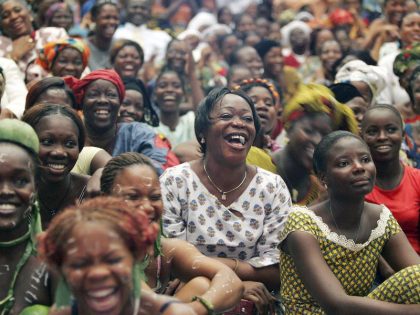 A New Day in Côte d’Ivoire?

The incumbent Alassane Ouattara’s electoral sweep might be a good outcome for Côte d’Ivoire. 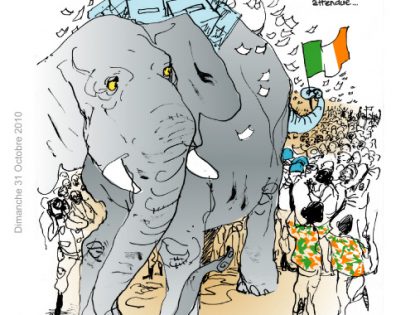 It’s been 10 years since Cote d’Ivoire’s presidential elections; “… a whole lost generation since the days when Côte d’Ivoire was West Africa’s most prosperous and promising nation.” The last election cycle was postponed indefinitely …