Until recently, it appeared that Africa, in my case South Africa, would experience the COVID-19 pandemic as a spectator on the sidelines. In South Africa, not long after local health authorities announced their preparedness, the virus knocked on South Africa’s door—not early, nor too late, but just in time and eager to check if our house was really in order. As the number of confirmed cases continues to climb, life mostly moves on as normal— supermarket aisles are still well-stocked, café’s and eateries buzzing—but not without an increasing sense of dread.

In the days to come, who will be left behind? In this moment of disquiet, humor has proved an easy coping mechanism, and the South African brand is distinctively irreverent and cutting. In one viral video, a man films a mock public service announcement from his car seat, affecting a “blackcent,” and greeting viewers as “comrade.” Promptly, he sets the record straight: “Corona is not your disease,” he proclaims. “Corona is for people who have got budget, people who can go to Italy in March, just to go to Italy. You are worried about the price of petrol going up.” The joke being made is that COVID-19 is a rich man’s disease (although of course, we know that’s not true). For the poor, it’s the usual assortment of immuno-compromising ailments, including high blood pressure, cholesterol, gout, tuberculosis, and HIV. In South Africa, this divide is shorthanded using race, a divide between white and black.

For the majority of South Africans, daily life has always been the dystopia looming over us, except without the hysterics. If the saying goes that, “a civilization is measured by how well it treats its weakest members,” then South Africa has long since condemned its weakest to an indefinite, tragic suffering. It wasn’t long ago that former president Thabo Mbeki refused to roll-out vital anti-retroviral drugs for the treatment of HIV. Not long after that, 143 people perished from starvation and neglect in state-run psychiatric facilities. Then there’s the banal health torment faced by working-class South Africans, who submit their tired and frail bodies to either dangerous or numbing work—in the mines, factories, shops and homes—traveling some of the longest commutes in the world in overcrowded buses and taxis to work the longest hours in the world, for some of the lowest pay.

And where many of our unemployed and working class find retreat from the troubles of this world is not behind brick and mortar, but in densely packed arrangements of corrugated iron, wood and plastic.

Without being alarmist, to consider what a fast-spreading COVID-19 could look like in South Africa is terrifying. In the scariest projections, 12 million South Africans could be infected by April. Even though knowledge of the virus is still limited, many are simply hoping the claims that the virus predominantly breeds in colder climates are true—which at a quick ponder, can’t be the case given the virus’s growing foothold in Southeast Asia, South America and Australasia. Either way, if the virus truly peaks during the winter months, that’s exactly where most of sub-Saharan Africa is heading, already being in the grips of an especially painful flu season. The coronavirus is globalist in character, knowing no distinctions based on color or nationality, but reinforcing class inequalities across and within these characteristics all the same.

Writing for Jacobin, Jedediah Britton-Purdy points out that COVID-19 “reveals a class system in which a mark of relative status is the power to withdraw.” If there ever was such a thing as a South African dream, it would be to earn enough money to opt out of state support. To send your children to private school, to sign up for private medical aid, to live in fortified gated communities—to withdraw from the public sphere and from society. Part of this entrenched mistrust in the state is an ugly legacy of apartheid: “The belief that rule by black people always ends badly is deeply rooted here,” summarizes the political scientist Steven Friedman. The other, more fundamental reason is that under capitalism, life is administered by the market and ruled by its dictates. This necessarily hollows out any other principle of social organization.

The pervasive extent of privatization has effectively created a bifurcated state in South Africa where your class position indicates the quality of service provision one can access. But the heart of the issue isn’t just a continuity of race-based discrimination and ensuing inequalities, but also the persistence of a survivalist ethic under capitalism, where self-interest overrides collective well-being. It is this that sweeps all South Africans, white and black into the cult of privatism. Faced with the alternative of a crumbling public infrastructure, the choice becomes pay up, or pay the price—the ideal subject in post-apartheid South Africa is the consumer, not the citizen.

However, the question COVID-19 has raised globally is just how much of state failure is rooted in incompetence? Or is it possible that the state is always doomed to fail, given the structural impediment facing governments, where their ability to easily coordinate real resources is obstructed by competition for them with an outsized private sector, and their effective distribution hampered by their measure in monetary value, not actual social benefit.

This is, of course, a time that demands decisive state action. On Sunday evening, President Cyril Ramaphosa announced drastic measures to combat the virus after South Africa recorded its first case of internal transmission. Declaring a national state of disaster, the measures include a travel ban on foreign nationals traveling from high-risk countries, a prohibition of gatherings exceeding 100 people, and the immediate closure of schools until the Easter weekend. All of this is welcome, but the underlying character of the outbreak consists of structural causes. For example, the increased occurrence of viruses worldwide is linked to multi-national corporation led, industrial agricultural practices. As the biologist Rob Wallace explains, “The near-entirety of the neoliberal project is organized around supporting efforts by companies based in the advanced industrialized countries to steal the land and resources of weaker countries. As a result, many of those new pathogens previously held in check by long-evolved forest ecologies are being sprung free, threatening the whole world.”

Mankind is now confronting head on the consequences of a capitalist globalization which ravages the earth and leaves desperation and dismay in its wake. The current moment feels of world-historical significance, the reverberations of which will echo for decades to come. It’s easy to slip into a paralyzing despair. Predictably, some have opted for a kind of alienated consumption, surrendering to the commodity fetish and hoarding goods to erect as defenses against the unknown. These efforts are futile—for what is known remains our inevitable mortality, and the enduring fragility of all we care about, be it friends and family, or our individual hopes and aspirations. As the psychoanalyst Gillian Straker once put it when describing racial melancholia, “No one can deny that now, more than ever, we need to make moral progress if we are not to destroy self and Other in repetitive catastrophes that will level us all in the undifferentiation and equality of death.”

And so this moment also presents the opportunity to rewrite public consciousness, to emphasize the impossibility of a life worth living unless it is accepted that we do so interdependently. The notion of Ubuntu—that I am, because we are—underwrites South Africa’s tenuous post-apartheid identity, and it is a powerful framework for an ethic of care and solidarity. Yet so far it has amounted to nothing more than a meaningless platitude, weaponized not to advance an emancipatory politics, but to smooth over our class antagonisms in the name of false unity. National unity must commence with, and not culminate in, the material conditions for human flourishing.

South Africa’s progressive forces are currently mobilizing to make the demands necessary not only to survive the crisis with all of its economic, political, and ecological dimensions, but beyond it, to create a livable society where there is a safety net for all. Some of these demands include increasing the capacity of our healthcare system by marshaling both public and private resources to ensure free testing in all healthcare facilities, the wide distribution of masks and sanitizers, providing proper water and sanitation infrastructure, as well as washing points at all venues of public life. They include economic cushions too, such as guaranteed paid leave, the roll-out of a basic income grant, the imposition of rent freezes and eviction moratoriums, and the government becoming the buyer of last resort to replace evaporating demand.

These measures are not unprecedented in human history. Many have correctly pointed out that the seminal economic shocks of the 20th century—two World Wars and a Great Depression—ushered in a planning state that provided the foundations for the social democratic policies in Western Europe and North America, which have now been cut back by neoliberal orthodoxy. This was also the case in South Africa, the benefits of which were only confined to the white minority—black South Africans have never known a welfare state. Now, liberal democracies globally have begun to bypass the market again, with Spain nationalizing all private hospitals and the United Kingdom asking automakers to make health equipment such as ventilators. Even the conservative American senator and one-time Republican presidential nominee, Mitt Romney, is proposing giving every American adult $1000 to cope with the outbreak.

The crisis cries out for these kinds of deep reform. But speaking at the Left Forum in 2016 on the panel, “Rosa Luxemburg: Reform or Revolution,” the economist Richard Wolff highlighted one incontrovertible fact about an economic system that is driven by the law of accumulation: “As long as there is capitalism, reforms will be undone.” As the reality of social distancing becomes a feature of the everyday, the deep entanglements of our lives and fates crystallizes. The road ahead places moral, economic and political questions before us, of which as time runs out, it is clearer now more than ever that only two answers remain: socialism or barbarism. 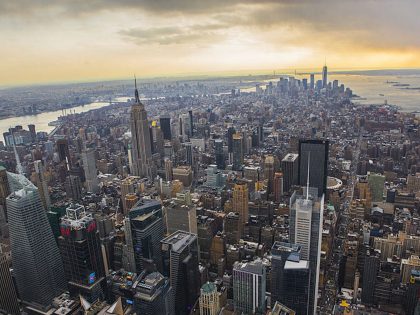