In 1882 Mame Yoko Gbahnyer, Mame Maroogbah, and Mame Bandawah of Senehun (present day Sierra Leone) wrote a letter to the colonial government in Freetown. Yoko in particular was remarkable for her time. She was a local leader after her husband, Gbahnya, the local chief asked for Yoko to be his successor while on his deathbed. (Mame Yoko and Mame Maroogbah were co-wives, and Bandawah was Yoko’s sister-in-law.)

The letter concerned a dispute about a trader who had been attacked in their region. The letter begins, “The women of Senehoo desire to show the interest they have always taken in the affairs of the country since the death of the Chief,” and continues to assure the colonial government that they will deal with the matter by arresting the person who attacked the trader.

Further south, in 1926, Baboni Khama, Mmakgama Khama, Milly Khama, and Oratile Sekgoma, all from Botswana’s royal family, wrote a letter to the High Commissioner contesting the leadership of the regent Tshekedi Khama on the grounds that he was withholding their inheritance as a way of consolidating his power. In 1934, members of the Anglican Mother’s Union in Uganda—Lusi Kafero, Everini Segobe, Tabisa Sonko, and Naomi M. Binaisa—wrote a letter to the Bishop contesting the appointment of a certain Mr. N. Senkonyo “to head the bigger and more important subcounty of Sabawali in Kyagwe County” because he had appeared in court for domestic abuse. In 1946 Huda Shaarawi wrote a letter to the Prime Minister in her capacity as the founder of the Egyptian Feminist Union (EFU), making a case for women’s rights in Egypt.

These letters, all included in the anthology series Women Writing Africa, demonstrate how women from the 18th to the 20th century lobbied powerful structures such as colonial governments, the church, and the state in order to address their concerns. They are evidence of the myriad ways women have participated in political and public discourse. Finally, they offer clues about how women have used writing to not only resist power but to imagine the kind of world they want.

Edited by a group of prominent feminist researchers including Fatima Sadiqi, Amandina Lihamba, Esi Sutherland-Addy and Margaret Daymond, Women Writing Africa constitutes and makes available one of the most extensive pan-African archives of women’s writing on the continent. The series is ordered geographically, with volumes collecting material from East Africa, North Africa, Southern Africa, West Africa and the Sahel. The letters mentioned above appear among a variety of other texts such as songs, extracts from stories, folklore, speeches, and essays, and as such, capture a broad range of women’s perspectives. The songs offer an example of oral history and cross-generational transmission of knowledge.

The earliest text featured in the series dates back to 13th century CE: two songs from Mali composed by Sogolon Konde honoring her son Sunjita Keïta (Emperor of Mali: 1235-1255), preserved by historian Adama Bâ Konaré. The story of Sogolon Kone and her son Sunjita Keïta is one that I first encountered through this text. This story highlights the connection between oral history, contemporary culture and the archive as the editors explain that the songs have been “remembered throughout the ages and are part of popular culture of contemporary Mali.” The anthologies also challenge the silences about women as rulers in the seventeenth, eighteenth, and nineteenth centuries in spite of the incomplete historical record from this era. The first text in the Eastern Region anthology responds to this as it is another letter attributed to Sultan Fatima binti Muhammad Mkubwa who was a ruler of Kilwa, off the coast of present-day Tanzania. The letter was written by a scribe in Arabic text in 1711 and the content of the letter suggests the kind of diplomacy that rulers used to form alliances. Similarly, the first text in the Northern Region anthology is an inscription by 15th century Pharoah, Hatshepsut, which was translated from hieroglyphics.

The work of preserving (and in some cases translating) these texts and bringing them to a wider audience in the form of this anthology is an important contribution that highlights how feminist scholarship can challenge epistemic injustice. Too much of the scholarship on African intellectual production focuses on essays and speeches—traditionally forms available to men, and particularly to men afforded colonial educations. The focus on other forms in this anthology enriches our history with stories from mothers and grandmothers who elude the historiography of “great men.” And while translating some of the texts into English from indigenous languages may sacrifice some of the flavor of the originals, the translation allows for wider engagement and access.

This process of mining the archive for women’s writing reminds me of a concept in isiXhosa called ukuzilanda. Literally meaning “to fetch oneself,” it is a concept that encompasses practices and rituals through which people bring the past into conversation with their present reality. A common example is reciting family names (iziduko in isiXhosa) when introducing oneself to new people. The list of family names locates one as part of a longer lineage and history, bringing that history to bear on the present. By focusing on women’s letters and other forms of literature, as Women Writing Africa does, the anthologies become an invitation for a kind of matrilineal ukuzilanda. Though it seems ironic that this work is necessary, given that our mothers and grandmothers are the people who give us our first language. 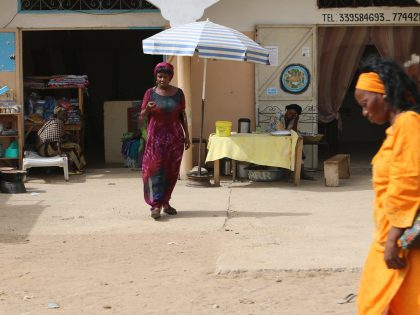 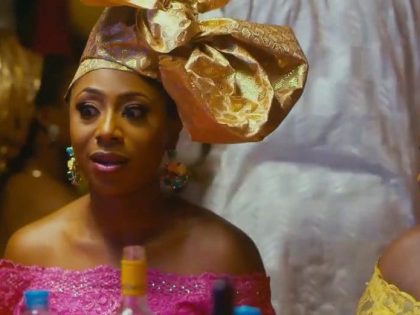 African Writers and the Nobel Prize for Literature