The credibility of opposition politicians in Tanzania has come under serious scrutiny lately, not least because of recurring defections to the ruling party, Chama Cha Mapinduzi (CCM). Recently, Dr. Vincent Mashinji, the former secretary-general of the main opposition party, Chama cha Demokrasia na Maendeleo (CHADEMA), joined CCM. “I had to evaluate how we argue day and night,” he stressed, “something that delays us in taking part to create development in the country.”

Zitto Kabwe, a leader of arguably the second main opposition party, ACT-Wazalendo, was as supportive of Mashinji and other defectors’ constitutional right to defect as he was critical of the impact on opposition politics. For him, such defections are disheartening as they discourage wananchi (the people) and shake their trust in opposition politicians. This, Zitto insists, is especially the case when it involves top leaders, MPs, and local councilors defecting to the ruling party. For me, as one of the wananchi whose trust in Tanzania’s politicians has eroded over the years, opposition politicians and their parties are indeed not perfect, but they are critically needed.

The case of Zitto himself is illustrative. In his formative years he was highly critical of the role of the World Bank in undermining African economies in general and the Tanzanian economy in particular. Trained as an economist at the University of Dar es Salaam (UDSM) and groomed to be an activist by feminists at the Tanzania Gender Networking Programme (TGNP), his promising political career started at CHADEMA where he rose to become deputy secretary-general. However, he was pushed out of this party in 2015, partly due to internal power struggles. He then co-founded ACT-Wazalendo, which has been rapidly growing, especially after a leading faction of the then second main opposition party, Civic United Front (CUF), joined ACT in 2019.

As an activist, in 2001 Zitto protested the visits to Tanzania of then World Bank President James Wolfensohn and then Managing Director of the International Monetary Fund, Horst Köhler. As he told investigative journalist Erick Kabendera and others (for Celebrating 50 years of Development Partnership: The World Bank and Tanzania), about what happened during that protest:

They held their meeting here to discuss about the user fees the World Bank and IMF were pushing for Tanzania to charge on health, education, and privatization of water supply in Dar es Salaam city. I was part of the group of students who were against the idea and I carried a banner which literally said the user fees would only be affordable by [Wolfensohn and Köhler].

The TGNP and allied civic organizations led the protest. “I was in police custody for eight hours before I was released,” Zitto continued, “but our main concern was that our economy was still not growing well so the majority of families were not able to pay for education of their children.” (Incidentally, Kabendera had been in detention without trial from July 2019 to February 2020).

An account by Professor Marjorie Mbilinyi, then working at TGNP, captured more vividly what happened in real time:

The police used force to stop the demonstration. Three activists were arrested on the spot, including a staff member of … TGNP, Daudi Kweba and two leaders of the National Youth Forum (Gwandumi Mwakatobe and [Zitto] Kabwe), and bundled into police cars. A journalist from a major daily newspaper, Mtanzania, Jackton Manyerere, was severely beaten by police when he tried to pick up some of the fallen placards. The chairperson of TGNP, Demere Kitunga, was beaten at Central Police Station when she arrived to bail out the others, and later arrested, along with three other members of TGNP. A total of seven activists were held and interrogated for six hours, and only released at nightfall after the intervention of five top human rights lawyers.

It is telling that over the years, most civic and political activists have shifted their approach to the World Bank’s involvement in Tanzania, from staunch critiques and protests to pragmatic engagements and negotiations. The World Bank’s charm offensive, which includes, among other things, inviting activists to “working dinners” to pick their brains, seems to be working. As a leading financier of development, it is also increasingly seen as a relatively benevolent entity to entreat when things seem to go drastically wrong. For instance, the World Bank is given some credit for the decision of the Tanzanian government to amend again its Statistics Act of 2015 in 2019 following a controversial amendment of 2018 that made it illegal to, among other things, question official statistics and was affecting the World Bank’s work on statistics in Tanzania.

This background partly explains Zitto’s letter to the World Bank in January 2020. At the time, the Bank’s Board of Directors was considering a US$500 million loan for a Secondary Education Quality Improvement Project (SEQUIP) in Tanzania. SEQUIP’s goal is to “support the expansion of effective Alternative Education Pathways if girls drop out or have to leave public school.” An updated project information note states that SEQUIP will do so by “supporting girls who become pregnant to access recognized, quality Alternative Education Pathways (AEPs) to obtain lower secondary certification and continue with upper secondary education or post-secondary education.”

John Magufuli, the President of the United Republic of Tanzania, had declared that during his tenure, pregnant girls are banned from attending public schools. Gender and human rights activists have been up in arms about Magufuli’s directive, with some also sending a letter to the World Bank. “Awarding $500m at this time would be a slap in the face of girls and women who are treated in this way,” Concerned Citizens of Tanzanian Civil Society stated in their letter, “and will be taken as a full-throated endorsement of this violently misogynist regime.”

Zitto’s letter to the World Bank also emphasized “worsening gender and human rights conditions.” He then continued with, “it appears that the Bank’s approval of the Productive Social Safety Net project in September only emboldened this government.” Then after asserting that “we fear that, absent checks and balances, this enormous investment will be used by the ruling party to distort our electoral process,” Zitto pleaded with the World Bank:

I am asking that you suspend tending to this government until basic checks and balances are restored in Tanzania. These checks and balances include a free press, freedom of assembly, free and fair elections, and the reinstatement of the Comptroller and Auditor General.

Although Zitto’s letter did not specifically address the issue of pregnant students, it was generally interpreted as a protest against the government’s planned policies and in his tour to Britain and the United States in early 2020, he engaged with questions about it. For instance, he told CNN that “the way the loan is been structured [means] the young girls who get pregnant for whatever reason will be put in separate school[s]” and, after reiterating that this “is not right,” he mused: “I am wondering how can the World Bank allow this.”

Both local and international media covered Zitto’s letter adequately and, in some cases, even sensationally, especially after a parliamentary debate in which he was labelled a mercenary and a traitor (among other insults). In this debate an MP for the ruling CCM, Abdallah Bulembo, uttered the words below that were widely interpreted as the issuing of a death threat to Zitto:

(Honorable Speaker, betrayal … when you are in a war there in Kagera, Tanzania is fighting with Uganda, then one of you crosses over to the other side and send your information there, he/she is not supposed to cross back, he/she is supposed to be killed right there. Betrayal, what Mr. Zitto is doing is a great betrayal to out country. Now I don’t have the time to be patient, Honorable Speaker, I am not a lawyer, so I don’t know the parliamentary procedures; when a person betrays a country, is he/she supposed to come back to the parliament here? He/She is not needed; he/she is a betrayer. And the government, your lawyers are there. Honorable Speaker, lawyers are here, these betrayers from Tanzania who go out there to betray our countries, how do you receive/accept their passports to return to the country? Why don’t they come back to/through the police office there so we can build/maintain the respect of this country? Honorable Speaker, this Mister is so used to doing this, he is supposed to receive a very good cane/caning.)

Inside Tanzania, The Citizen newspaper, once banned by the government, ran cautious, if professional coverage. Online, Tanzanians were polarized with many activists siding with Zitto while diehard supporters of the ruling party vilified him. Those of us who view the World Bank as a leviathan that is capable of devouring while nourishing were caught in the middle, though we sympathized, if not empathized with Zitto. One’s life, after all, is sacrosanct.

When we reminded Zitto that he once chided another fiery opposition MP, Tundu Lissu, for asking the international community to suspend aid to Tanzania, Zitto, to his credit, confessed that he had made a mistake. “It was wrong,” he affirmed. “I apologize for that.”

Ironically, some opposition activists seek external pressure on the government from some of the same entities that have emboldened many autocratic regimes in Africa and elsewhere. That is why one of the criticisms that has been leveled against the likes of Zitto and Lissu is for seeking assistance from mabeberu (imperialists)—a term popularized during the heydays of Ujamaa (Mwalimu Julius Nyerere’s African socialism), and increasingly used sarcastically by critics of the current regime and the ruling party. This criticism is mainly invoked against those who seem not to be wazalendo (nationalistic or patriotic) enough. Yet, Zitto has been adamant on embarking on what he calls “a program of dialogue with the international community to ensure that the necessary pressure is placed on the Magufuli regime to ensure free and fair elections in 2020.” In fact, Zitto’s letter ends with a request to meet with members of the World Bank’s Board of Directors in Washington DC “to explore a more positive role for the World Bank to play in the development of our country.”

We may love or hate them. Either way, opposition parties are needed in Tanzania. Our multiparty democracy can hardly thrive without maverick opposition politicians, who ensure that the ruling party and the government of the day are always on their toes, lest we degenerate to full-blown authoritarianism. 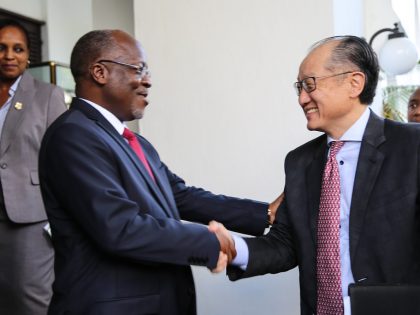 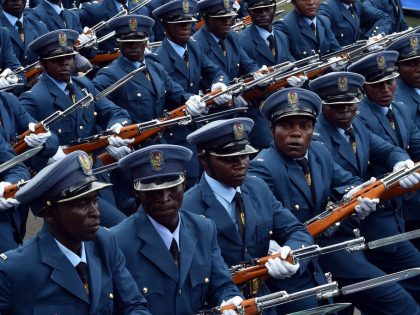 The Internet has lied to the gullible for years, and Africa’s version of fake news sites have been carrying on the tradition.