Before majority rule in 1980, Rhodesia (colonial Zimbabwe) was briefly a member of FIFA, and even played a World Cup qualifying match in 1969. A year later, the team was suspended from global football. In the 1970s, football continued domestically under John Madzima, one of the vice-presidents of Rhodesia’s national football association, who successfully launched a coup against the white leadership. After independence, Madzima became the first head of the Zimbabwe Football Association (ZIFA). ZIFA has had organizational and financial difficulties and few continent-wide successes. Nonetheless, football has a profound social and political legacy from the colonial period, perhaps the only area of social life under black control.

Football passed from industrializing Britain to the colony then known as Southern Rhodesia in 1890 by soldiers, and later missionaries and white settlers. Sport was central to white identity. Even mining baron Cecil Rhodes, the colony’s namesake, was an avid sportsman. For whites, football served an important purpose: a way of building a (white) Rhodesian identity. White settlers had high rates of emigration and often lived in rural areas.

But, as elsewhere, sport was also a tool of social control. Mine workers from Transvaal brought football to Rhodesia’s black community about 1923. Township clubs sprang up almost overnight due to the logical rules and low costs of the game. African Welfare Societies, government-supported agencies that provided social services to the townships, created football infrastructure that could divert black workers from more “dangerous” activities such as gambling or protests.

In Southern Rhodesia, football was organized around private clubs. The most important black elite football clubs were Highlanders FC in Bulawayo (founded in 1926) and Dynamos FC in Harare (founded in 1963). The Highlanders tended to have Ndebele fans while Dynamos had Shona fans. Football games saw political protest, especially when playing white teams. The most successful protest occurred in Bulawayo in 1947, when fans sat home for two seasons to protest the city council’s attempted takeover of the football fields.

Because football was organized around private clubs, racial discrimination was common. White clubs were often ethnic based with separate clubs for Scottish, Portuguese, and Greek settlers, for instance. The difference between black and white clubs was stark. Black clubs had to lease or share sports facilities. While some clubs became integrated and participated in multiracial competition, most did not. Apartheid South Africa affected Rhodesian sport as well. Only segregated teams could play in or tour South Africa. Nonetheless, football dwarfed all other sports. A rugby cup final could attract 6,000 spectators. By the 1960s, a football cup final had 30,000 spectators.

The Southern Rhodesia Football Association (SRFA) applied for FIFA membership in 1961, three years after admitting black players and the national team was racially integrated. In 1963, Dynamos FC won the Austin Cup, a major cup tournament that was until then whites-only. However, most SRFA-affiliated clubs remained white, while black clubs were affiliated to a separate organization, the Southern Rhodesian African Football Association. Mixed-race and South Asian clubs were affiliated to the Southern Rhodesian Soccer Board. These competing organizations merged into the Football Association of Rhodesia (FAR) and officially joined FIFA on May 21st, 1965. But, racial discrimination did not disappear. Voting in FAR was still weighted toward the predominantly white clubs in SRFA and private clubs set their own membership rules.

Rhodesia was therefore eligible to compete in the 1970 World Cup in Mexico. Because other African teams would boycott, Rhodesia had to be moved to the East Asia/Oceania group. Ultimately, the compromise was that South Korea, Japan, and Australia played in Seoul, with the winner (Australia) to play Rhodesia in Maputo. Rhodesia held Australia to 1-1 and 0-0 ties, but lost the third game 3-1.

After the 1970 World Cup, Rhodesia was suspended from FIFA. FIFA recognized teams from colonies and from independent countries, but Rhodesia under UN sanctions did not fit either category. When, two years later, the FIFA Executive Committee recommended lifting the suspension, the African membership revolted. The continent now had enough seats on the Committee to block the proposal.

Rhodesian football turned inward. Racial segregation continued to exist in football even though the overwhelming majority of clubs, players, and fans were nonwhite. John Madzima led a revolt by the African clubs. In October 1973, he formed the competing National Football Association of Rhodesia (NFAR), which absorbed the clubs and players as well as the major cups and sponsorships. The old FAR became defunct. In February 1974, Madzima applied for FIFA membership. FIFA refused to recognize NFAR: Rhodesia’s suspension was over the country’s unclear political status, not racial discrimination.

In April 1980, Zimbabwe achieved majority rule. FIFA lifted the suspension and Madzima became ZIFA head. Zimbabwe has been somewhat mediocre in African and World Cup football since then. It is among a handful of African countries that has never made it past the top-16 in the African Cup of Nations, though it had a comeback in recent years at the Southern African regional level. Football’s uneven development in the country is a legacy of decades of racial segregation. However, the resilience of football’s black leadership during the period of white rule preserved the country’s most popular sport during its darkest period. 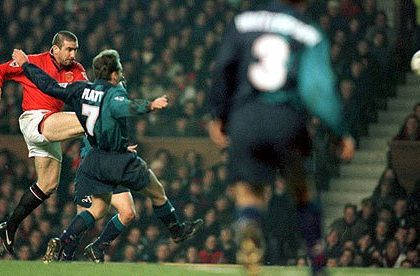 Is there football in heaven?

When I was an adolescent I thought I was going to be a footballer. Instead, when I turned 13 I became a preacher. I told people about the great love that the Nazarene, Jesus Christ, … 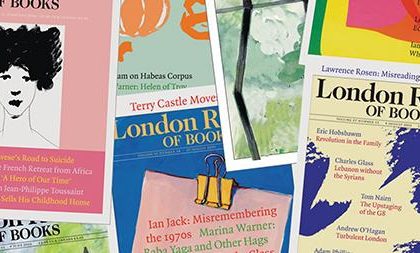 By now you might well have heard about “the apology” published by The London Review of Books following complaints about the writings of RW Johnson, the LRB’s ‘man in Africa.’  Not a lot of people would … 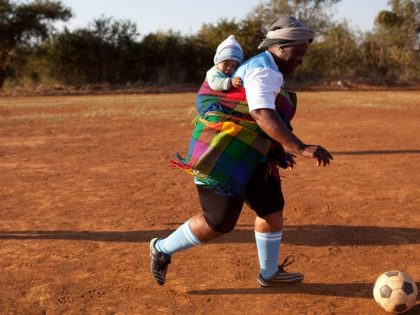 I love these football-playing grandmas from Mafarana in South Africa’s Limpopo Province, bordering Mozambique and Zimbabwe.  About 55 women take part in the games with the youngest 4 years old.    Good for the grandmas.