It has been difficult for many Zimbabweans to process the death of former President Robert Mugabe. This has been compounded by the calls from some African dignitaries for the nation to cherish what Mugabe did for it and the continent. Graça Machel, a former government minister in neighboring Mozambique and spouse to both Samora Machel and later Nelson Mandela, recently appealed to young Zimbabweans to have a “balanced assessment” of Mugabe’s legacy. Machel went on to relay that Mugabe was “a brother” to her, and made many sacrifices building institutions on the continent, as well as giving many Zimbabweans access to education and more.

In 2007, the novelist Chimamanda Ngozi Adichie talked of the dangers of a single story, especially how impressionable and vulnerable people are in the face of a single story. Her talk remains relevant, particularly in the wake of Mugabe’s death and around the narrative constructing his legacy. Many young Zimbabweans (the so-called “Born Frees”), have only lived under the Mugabe regime. All they have been taught is patriotic history coined by the ruling Zimbabwe African National Union-Patriotic Front (ZANU-PF) party. Even after the departure of Mugabe from the party’s leadership, followed by his death at old age, the Born Frees are being coerced to view his legacy through the lens of a misconstrued, self-serving narrative.

Nearly 80,000 people died during the liberation struggle, yet limited effort has been made to publicly acknowledge individuals by name. Young Zimbabweans were obviously not around at the time nationalist movements were forged to fight white rule, but they do have members of their family that were party to the colonial and post-colonial struggle. This is largely the case because for the ruling party: to be Zimbabwean means one has to be ZANU-PF.

What seems to be forgotten is that a social contract was never and still has not been established between the state and its citizens. Rather, what exists is a collective of elites who are running the state by subduing “others.”  In 2014, I conducted interviews with victims of the Gukurahundi genocide (when government forces murdered up to 20,000 people in Matabeleland province between 1982 and 1987), in Nkayi district in the western part of the country.  All the participants I interacted with had not yet received any justice for the violence they encountered at the hand of state security agents. One participant even asked “If Gukurahundi was a moment of madness … has the mad person regained sanity now? Has he atoned for the period of madness, and what should the aggrieved do about it?”

After receiving the news of Mugabe’s death I have been reflecting on the encounters I have had with several victims from different episodes of terror at the hands of the ZANU-PF regime. It is insensitive for an influential leader in Africa to call on Zimbabweans, and other Africans, to honor Mugabe’s legacy.

I believe these calls befit the Shona proverb Wafa Wanaka (death is the ultimate rule), employed to show how the dead take both their transgressions and good deeds with them. For some, when they use this proverb it signals a call to focus on the good, because it is often a bad thing to hammer on the ugly, as the dead are no longer answerable to the living but to the Supreme Being.

Even if Mugabe contributed to fighting colonial rulers, Mugabe’s regime failed to uproot the colonial culture of subjugating the citizenry, and this what sustained him in power for decades—an extension of colonial rule. Everisto Benyera, Professor of African Politics at the University of South Africa, recently pointed out that if the Mugabe of 1975 or 1980 was to meet with the Mugabe of 1982, 1987, 2002, 2008 and 2017, there will be a lot of conversations to be had, because the later version institutionalized discrimination, oppression, and the subjugation of those Zimbabweans who were othered.

A few years ago Sabelo Ndlovu-Gatsheni, author of the book Mugabeism: History, Power and Politics in Zimbabwe, interrogated the question: “Do Zimbabweans exist?” after observing that the subjugation of black Zimbabweans continued under the leadership of a “new” black dispensation. How then can the youths who have been raised to be jobless, valueless, emigrants, and destitute cherish the very leader who has destroyed their future?

Businessman Mutumwa Mawere has cautioned against the deification of Mugabe by playing into the idea that he is the sole founding father and liberator of Zimbabwe. Zimbabwe has a diverse population that is deeply spiritual and religious. People’s lives are anchored in the belief that their liberty and essence of life is not brought forth by another human being, rather, it comes from Musikavanhu/Mudzimu anoera/Mwari/Nyadenga (God the Creator/Supreme Being).

Even though it is an African custom to not speak ill of the dead, I also know that when one has died, people are expected to come forth and clear the debts that they owe and are owed by the deceased before burial. It is possibly from this juncture that those who were wronged by Mugabe are recalling his injustices. They are still owed justice, compensation, and some form of redress commensurate with their needs.

The making of Mugabe’s intolerance

How an autocratic strain of pan-Africanism of the early 1960s shaped Robert Mugabe. 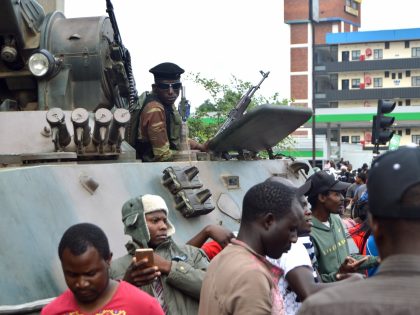 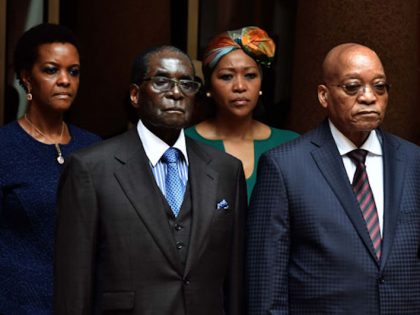