Nelson Mandela, the first black and democratically elected president of South Africa, lived a thoroughly narrativized life, the intimacies of which are widely captured in biography and memoir. While it is tempting to believe that what Mandela offered his audiences were the impromptu musings of a benevolent elder, historian Raymond Suttner reminds us that “Mandela’s gestures were never random and ad hoc.” Mandela, says Suttner, was aware of his “symbolic importance,” and mindful of “how he represented himself and how he was understood by others.”

I am inclined to believe that part of that awareness entailed being alert to and weighing the measure of his historical significance. He surely must have been conscious of just how tightly welded his life’s story would be to the officialized narrative of the nation’s path to liberation. He had to have been cognizant of the possibility that his “long walk to freedom” would be superimposed on the nation’s arduous journey to democracy, his trials and triumphs sutured into its mythology. Such, after all, is the fate that befalls all fathers of nations.

A man whose specter haunted the world for more than two decades; a phantom kept alive in the public imagination by sustained local and international activism, Mandela was already a figure of popular mythology by the time of his release in 1990. The world’s media waited for him with bated breath and heightened speculation. So much so, that any man who claimed to bear communications from the colossus immediately seized the attention of journalists the world over. Such would be the fate that befell Mandela’s old friend, Richard Maponya who commanded newspaper headlines on the morning following his visit to Mandela’s prison holdings in the months leading up to his release.

A consummate businessman, Maponya had raised himself to millionaire status by the time of Mandela’s release in 1990. He had skillfully circumvented the strictures of apartheid legislation. He amassed enough financial muscle to be counted among the men who would lead whatever economic arrangement negotiations resolved for the new nation.

While the millionaire shared little of the revolutionary zeal common among Mandela’s inner circle, their friendship had a long history. It had blossomed in the 1960s within the tight social circle of Johannesburg’s black elite, when Mandela the young lawyer became legal counsel to Maponya, the rising entrepreneur. The two men also shared a bond of kinship by way of Maponya’s marriage to Mandela’s cousin, Marina Maponya.

Given this familial connection and the many years of friendship, Mandela’s comrades asked few questions when Maponya the millionaire was invited—ahead of many comrades—to be among the first of Mandela’s visitors in the sensitive months preceding his release. What shocked the comrades was what Maponya had to say to media after the visit.

Maponya told journalists that Mandela was no longer interested in nationalization as the cornerstone of South Africa’s economic policy should his liberation movement take over governance upon his release. As he delivered the news to the press, Maponya intimated that Mandela had kept the decision from his fellow comrades in the ANC because he knew that they would not be pleased with his embrace of the free market. It would be too radical a break from the socialist vision that had informed the struggle. Even in its most important document, the Freedom Charter, the ANC spoke of visions of a society in which wealth would be “shared by all those who live in it.” For Mandela to abandon that creed would be a great betrayal.

For much of the rest of the world however, the idea that Mandela could embrace the superiority of capitalism’s open markets would have been welcome news. Just then the world had made a decided break, reveling in the fall of the Soviet Union and the ascendance of forces of the market. News that Mandela would be easily swayed to adhere to the principles of the free market and ensure the continued supremacy of liberal democracy over socialism, would have been very welcome indeed.

However, the very next day, following Maponya’s announcement, the ANC affiliated United Democratic Front (UDF) issued a concisely worded letter, contradicting the headlining revelations. The UDF claimed the letter was written in Mandela’s own hand in his efforts to distance himself from the “rumors” about his thinking on the matter of nationalization. In two decisive lines, Mandela’s letter informed the media that:

The nationalization of the mines, banks and monopoly industries is the policy of the ANC and a change or modification of our views in this regard is inconceivable. Black economic empowerment is a goal we fully support and encourage, but in our situation state control of certain sectors of the economy is unavoidable (Mail & Guardian 1990).

In interviews that followed his release, Mandela would elaborate on those two sentences, consistent in his efforts to walk back the claims Maponya had made on his behalf—invariably depicting Maponya as no more than an overzealous cousin and dismissing him as “a wealthy businessman” who had over-reached in his account of their conversation.

For his part, Maponya was not disgraced by Mandela’s corrections. In fact, he maintained the veracity of his message, convinced that Mandela’s denials were gestures of political expediency. Maponya is quoted in the Washington Post as saying; “The man [Mandela] is here now trying to establish himself in the ANC fold—he definitely has to be seen supporting the ANC line.”

The truth of the words that were exchanged between the two men during Maponya’s visit is immaterial. Not least because it has since become clear that their public disagreement did not affect their private relationship. Only a few months after the incident, Mandela drove away from his prison holdings in a BMW—a car belonging to the only black owned BMW dealership in the country—the property of one Richard Maponya. 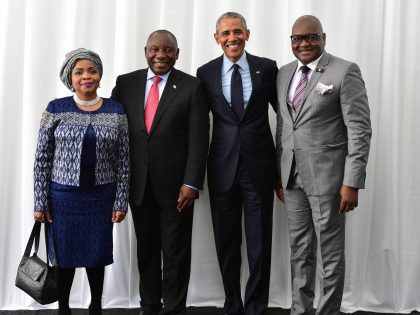 Nelson Mandela and how we talk about the state in Africa 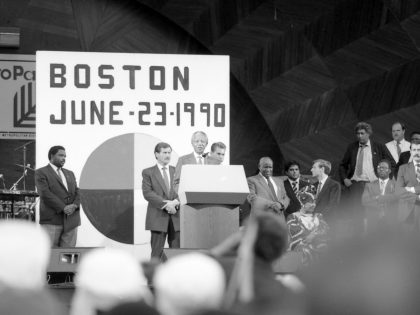 Mandela’s significance can be understood through his ability to concede that the concept of the post-apartheid could not be entrusted to messianism or figureheads.