Between the years 2007 and 2012 alone, the United Nations Development Program’s (UNDP) draft report for conflict mapping captured over 59 violent conflicts in the northern part of Ghana. The most notable among these are chieftaincy disputes in Bimbilla, Dagbon (now resolved) and the Bawku Skin Affair.

Bawku is a municipality in the north-eastern corner of Ghana. It is also the site of a long-standing conflict dating back to British colonialism in 1930s over who should rule the area. At the heart of the conflict is the “Bawku skin affair.” Skin here, does not refer to colorism or race politics, but over who should be chief.  It’s about political power. Two groups—the Mamprusis and the Kusasis—are at the heart of the conflict over political power. The violence between these communities is intermittent and has resulted in the loss of human lives and the destruction of properties.

As Christian Lund, a Danish development studies scholar wrote in 2003, in a now seminal article, “skin is the symbol of chiefly authority in northern Ghana, equivalent to the stool in the south … When a chief is enskinned, he is seated on the skin of an ox sacrificed for the occasion.” In the 1950s, just before and immediately after independence, these conflicts took on a particular urgent turn: political parties exploited these tensions and at various points, so did military regimes.  Conflicts over markets, land and over names of places, become affected by skin conflicts.

Bawku is also where I conducted fieldwork for my PhD. I wanted to know why the educational, health, economic and the general welfare of the people of Bawku have been neglected for so long.

For instance, local people don’t trust the national government to solve the crisis. Although the state remains indispensable if this conflict is to be permanently resolved, it has so for shown it lacks  political will to implement any meaningful decision. During former President John Kufuor’s reign, huge resources were invested into this conflict through the National Peace Council. What has become of that report? An interviewee concluded: “President Kufuor only wasted national money on us and the National Peace Council. Hotel accommodation, food, allowance for several days, all gone wasted. Nothing came out of it. Where is that report? No government commitment!”

Unemployment, especially among the youth in the area, is high at 10.9%. The youth feel trapped in the conflict and are becoming psychologically disoriented and absorbed by a violent war culture. Mutual suspicion between the Mamprusi and the Kusasi makes Bawku still volatile. Each of them have become so cynical and distrustful that there is a build-up of reciprocal negative images, which is perpetuating antagonism and solidifying the conflict.

Arms and ammunition circulate widely in the area, which not even the National Commission for Small Arms and Light Weapons (NCSLW) and the security agencies can deny. The porous nature of Ghana’s borders and lack of effective internal mechanisms for arms control, coupled with instability in neighboring Togo and Cote d’Ivoire, make access to fire arms easy. When I inquired from a chief about the sources of the arms, his response was:

I know that people go to Accra, Kumasi, Tamale, Ouagadougou to get the weapons. Those Burkinabes who were involved in the Ivorian crisis returned with weapons and were ready to sell. So, if you have contacts and you inquire discreetly you will get them. If you are desperate you will sell cattle and buy. … But the weapons in the system are uncountable. Who is a fool to return them? Who knows when there will be an eruption? (Emphasis by the author).

Another interlocutor, a director of an NGO involved in the peace process, said:

There are a lot of arms in the system. As for that there is no doubt. But where they get them and hide them you can’t tell. Both sides have them in abundance and of all kinds but where they hide them you never can tell and the availability of arms is a threat to the community and the nation.

In Bawku, the acquisition of a weapon is treasured more than building a house. The youth take pride in selling pieces of land and cattle, and using the proceeds to acquire guns. Nobody can deny the proliferation of small arms in the area. Bawku chiefs and elders cannot claim to be ignorant of the “arms race” going on particularly between the two main ethnic groups in the conflict.  Even more alarming is that, the other ethnic groups have joined in the “arms race” as they are always caught between crossfire each time the conflict flares up.

Besides, the conflict has assumed another worrying trend, resulting in a covert collective resolve by the Kusasis to attack any Mamprusi and Mamprusi sympathizer in their communities should the conflict recur. Hitherto, the conflict was purely between the Mamprusi and the Kusasi within Bawku. That was why each time there was an outbreak of hostilities, a Mamprusi could seek refuge in Kusasi dominated communities and vice versa outside Bawku. The development of a separate satellite market where the Kusasis conduct their business on market days confirms the continued existence of strict divisions between the two ethnic groups. Trust has completely broken down while mistrust and suspicions have become the norm. Actions are driven by the “we” and “them” syndrome, which can only block opportunities for peace.

The Bawku Interethnic Peace Committee (BIEPC), as well as the execution of the “Burial of the Okro Stalk” program cannot be the panacea to the Bawku crisis. The BIEPC, per its terms of reference, has no mandate to discuss the substance of the conflict let alone resolve it. The conflicting parties are two completely different ethnic groups with completely different cultures. As for the “Burial of the Okro Stalk,” it is a Kusasi traditional conflict resolution mechanism in which the stalk of an okro plant is planted and all parties to the conflict swear to it never to engage in any act of violence in the community thereafter. The Burial of the Okro Stalk is not a Mamprusi tradition and I, therefore, do not see how the Mamprusis can be committed to it as a way of reuniting the protagonists.

Ironically, this conflict can easily be resolved if any ruling government shows the will and commits a third of the energy and resources invested in the Dagbon Crisis. So much evidence exists that it only requires political will, well-resourced state institutions and individuals with integrity to resolve this seemingly intractable conflict. A committee of eminent chiefs, the Ghana National House of Chiefs and the Ghana National Peace Council are capable of investigating the claims of parties to determine whose is legitimate.

Politicians, particularly ethno-politicians, chiefs and people of Bawku must take bold steps to give stable peace a chance in Bawku. Let us ignore claims out there that the conflict is over. Yes, the guns are silent, but the conflict is far from being over. 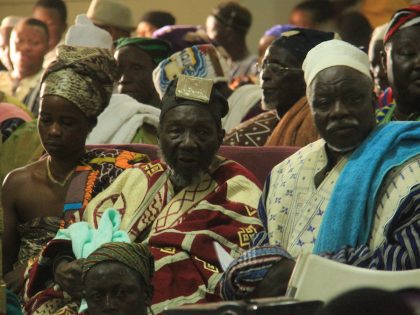 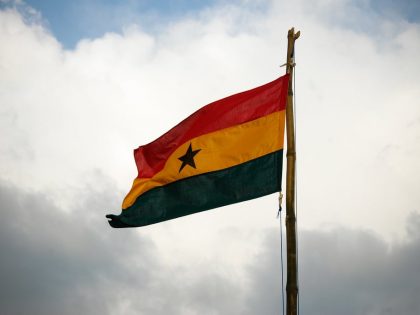 All you need to know about Ghana’s December 2016 elections

We asked a group of experts–journalists, academics and an architect–a bunch of questions about the elections. First: Does it matter whoever Ghanaians elect as president? 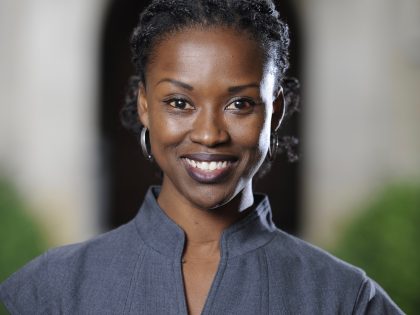