Ethiopia is going through an economic transformation. Having been the world’s fastest growing economy in the last 15 years, it’s often dubbed the African Lion—a nickname to draw a contrast, yet indicate similarities, between Ethiopia and the Asian Tigers, a reference to four countries (Hong Kong, Singapore, South Korea and Taiwan) that industrialized more rapidly than any country in the history of capitalism.

The Asian Tigers industrialized through a distinctive model: conjoining private ownership with heavy state intervention and giving policy priority to economic development planning (industrialization being its central pillar). Ethiopia’s development model is similar, and people are now comparing the two.

But little attention has been paid to the role of labor in this comparison. In East Asia, the private sector and the state generally aimed to curb the power of labor. Does Ethiopia have to follow a similar model to be as successful in the long term? More generally, is rapid industrialization necessarily incompatible with the interests of labor in the short term, or are certain compromises possible? And how do the actions of workers affect the performance of private sector firms?

In a paper recently published in African Affairs, we investigated these questions on the basis of a study of the fastest-growing manufacturing industries in Ethiopia; the textile and leather industries. We interviewed managers and owners from 33 firms in the two industries (both foreign and locally owned), as well as representatives from trade and business associations and the government. We also interviewed 16 workers in two firms that allowed us to speak with their employees.

Here’s what we found:

Labor turnover is high. Workers in the textile and leather industries don’t hold their jobs for very long. This is quite normal for industries that rely on cheap, unskilled labor, but in Ethiopia the rate is alarmingly high.

There are many reasons for this. One is that the wages in these industries in Ethiopia are very low. At between $35 and $50 US dollars per month for unskilled workers on the factory floor, they are currently the lowest in the world. This means that even in a country like Ethiopia, where living costs are relatively low, workers are struggling to make ends meet on a factory salary. Part of the explanation behind the low wages is that opportunities for collective voice are limited. For example, the national trade union organization, the Confederation of Ethiopian Trade Unions, has little influence in wage-setting.

Another reason for the high turnover is the easy access to other employment opportunities, at least for factory workers in and around Addis Ababa. With investments and economic growth mostly concentrated in the capital city, informal work in construction and the service sector is easy to find.

The high labor turnover is hurting potential growth of the manufacturing sector. The Ethiopian government is facing a difficult task: how can it ensure decent wages for workers but at the same time be successful in attracting foreign firms? Potential investors demand low wages because of the razor-thin profit margins in the global textile and leather industries. This challenge is one faced by most developing countries whose economic growth is based on production for consumer markets in higher-income countries. As more and more countries have joined the global labor force, the international competition in industries like textile and leather manufacturing has become incredibly fierce.

Together with firms in these industries, the Ethiopian government has done a few things in an attempt to reduce labor turnover, introducing non-wage benefits like subsidized lunches, free transport to and from the workplace, health care services, and annual leave. But more can be done. Among other things, the government and the private sector could allow for more union activity and other collective voice mechanisms. This has the potential to improve working conditions and productivity.

Ethiopia is facing a tricky balancing act in this respect, and we have yet to see how things play out. Will potential concessions to workers lead to the loss of international competitiveness? Recent ethnic-based protests and the resignation of Prime Minister Hailemariam Desalegn illustrate that the Ethiopian government should not ignore the political and socio-economic dimension of its development plans. Expectations are high for the new administration of Abiy Ahmed, and the manner in which Ethiopia’s ruling party addresses problems around the distribution of power between labor, capital, and state elites will be crucial for the country’s future development trajectory. 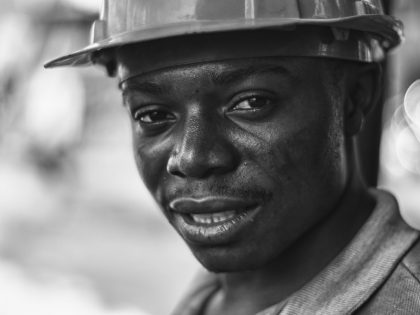