In the 1970s the legendary American trumpet player Dizzy Gillespie remarked to Hugh Masekela, the South African horn player: “I would like to be part of your revolution because the people always seem to be singing and dancing.” One could be forgiven for thinking that the struggle against apartheid from the 1940s to the 1990s had its own distinctive soundtrack. As the country’s violent history was unfolding, its musicians were producing the album, finishing it in time for Nelson Mandela’s release from prison, and remixing it for the celebration of the 1994 elections.

The American director of “Amandla! A Revolution in Four-Part Harmony” is Lee Hirsch, known around the South African television industry for directing kwaito music videos.

Hirsch spent nine years from 1990 along with his partner Sherry Simpson researching, filming and interviewing musicians, politicians and activists at rallies around South Africa, and the film succeeds with its main aim, which is to testify to the power of song and its ability to fuel struggle. Most of the songs featured in the film became so popular that these songs—along with the artists who sang them—were banned by the government.

Here, Hirsch deploys the same skills he showed off in kwaito videos to good effect. The pop singer Chicco’s “Papa Stop the War” was recorded during the desperate and violent late-1980s when the apartheid state increased the levels and intensity of repression and the “comrades” turned violently on their opponents (the latter armed by or egged on by the state). In one particularly effective sequence, “Papa Stop the War” is played over scenes of popular protest, the thumping beat of the music synchronized to the movement of the dancing protesters. The sense you got is of people running headlong into the future.

The film, shot in the bright colors so familiar to South Africa, opens with the exhumation of the body of ANC political activist Vuyisile Mini from his pauper’s grave outside Johannesburg in 1998. Mini was executed in 1964. He was a composer of songs of struggle, including “Nantsi Indoda emnyama Verwoerd!” (Here comes the black man, Verwoerd!) which name-checked the apartheid prime minister. At his exhumation and re-burial, Mini’s friends and family recall a man of such courage and dedication that he defiantly sang one of his own songs of freedom on his lonely march to the gallows.

The film then places Mini’s musical contribution within the context of the broader struggle, by showing how music fueled resistance by black people to apartheid’s tyranny. It takes up the story with the forced removals of 1940s, when black people were moved from Johannesburg’s inner city (especially Sophiatown) to the matchbox houses of Soweto. People sang a song, “Meadowlands” (the name of the Soweto neighborhood into which they were being moved), at that time to express their anger and despair. “Meadowlands” has a swing melody, and is sung in African languages, which masked its indictment of the callousness of white racism. so that white government officials and politicians (and white patrons), unable to understand, thought the song was cheerful.

Two jazz singers of that era, Dolly Radebe and Sophie Mgcina, speak about the effects of forced removals. They alternate with the more famous Miriam Makeba, who went into exile in the late 1950s. Mgcina, a small woman with a powerful voice, probably makes for the most powerful scene of the film when she performs the song “Madam Please,” which relays the struggles of domestic workers and gardeners who worked in white households, but lived in the new segregated dormitory townships. The influence of the civil rights movement in the United States at the time is very clear on the biting ironic style of the song, which reminded me a lot of the style of Nina Simone, Abbey Lincoln or Billie Holliday.

The film then proceeds to tell the story of South African capitalism and its exploitation of cheap black migrant labour, through Hugh Masekela’s song “Stimela” (The Train)—which I have always felt brings the horror of that system (still in operation) more clearly across than reams of economic and sociological analyses. “Sixteen hours of work a day for almost no pay,” sang Masekela on “Stimela”:

Deep, deep, deep down in the belly of the earth
When they are digging and drilling that shiny mighty evasive stone
Or when they dish that mish mesh food
Into their iron plates with the iron shank
Or when they sit in their stinking, funky, filthy
Flea-ridden barracks and hostels
They think about the loved ones they may never see again
Because they might have already been forcibly removed
From where they last left them

The state dealt the resistance movement a body blow with the imprisonment of the key ANC leaders for life sentences in 1964, and the organization’s forced exile had a major effect on morale. The prayerful tone of “Nkosi Sikelel ’iAfrika” (God Bless Africa), which became very popular, captured the widespread anguish, as did the mournful mood of “Thula Sizwe” (Be Quiet People). The latter morphed into the even more depressing “Senzenina?” (What have we done?). “Senzenina” consists of the endless refrain of the title phrase. As jazz / opera vocalist Sibongile Khumalo says in the film, “It was like beating yourself against the head, goof, goof, goof.” But this was also the time that Abdullah Ibrahim made the song “Mannenberg,” the beat of which almost forecast the new resistance of the post-1976 generation. (Ibrahim was then back in South Africa after a lengthy period of exile—but he would leave again soon.)

The style of the songs then changed, becoming more combative and ever more urgent, and young people were in the vanguard of this new mood. In the townships people sang of Oliver Tambo, the exiled ANC President, bringing weapons as many went off for training in neighboring states in Southern Africa. The fatalism of the period is perhaps best captured in “Shona Malanga,” a playful song dedicated to black housemaids meeting on their off-days in central Johannesburg, changed to suggest a meeting place “where we would rather not meet”: in the bush, with guns, as guerrillas facing down the South African government at great disadvantage.

In the late 1980s as the pressure on the apartheid regime to negotiate with the ANC grew, and the resistance movement appeared to run out of options, the songs also began to reflect the times. Guerrillas in camps in Angola and Tanzania exhorted Tambo to “Go and talk to Botha; tell him to free Mandela, so he can rule the country,” while inside South Africa recording artist Chicco (who produced Brenda Fassie’s “Black President,” which was banned by public radio—the only radio allowed at the time), made “Papa Stop the War” as black people turned violently on each other.

The film comes to its end with the triumphalism of Mandela’s release and the subsequent election of the ANC, with beautiful scenes of a choir at an election rally belting out the song “Nelson Mandela.” Much can be said about the “ending” to the story which also makes the film appear dated, but, then again, Hirsch did not intend to make a film about the period after 1994, even though he does include Sibongile Khumalo’s “Senzegakhona,” a song about the ancestors to the new leaders, reminding them of their renewed responsibilities to the people.

Many of the freedom songs featured in the documentary were previously unrecorded and were in danger of being lost. During production, Hirsch and executive producer Simpson compiled hundreds of hours of these songs that they will donate to the South African national archives at the Robben Island Museum to preserve this part of the country’s cultural history.

The film also gives respect to musicians who were exiled and have never received their due inside South Africa—like Miriam Makeba, Hugh Masekela and Abdullah Ibrahim, other than the nostalgia (of a sad kind) with which their music is being approached today. It will also do wonders for the careers of the folk singer Vusi Mahlasela and Sibongile Khumalo. With a film of this kind, some musicians will be passed over, and significant omissions are the contributions of James Philips (although the film is dedicated to him), Kippie Moeketsi (a sax player of huge talent destroyed by apartheid), Jonas Gwangwa, Mzwakhe Mbuli or hip hop group Prophets of da City, who wrote a playful tribute to Mandela’s dance moves.

Also significant is the fact that black people are at the centre of the film, with whites as bit-part players. The only significant white opposition figure is Jeremy Cronin—who spent seven years on death row and talks about the rhythmic wails of prisoners bidding their final goodbyes to their doomed fellow convicts when they were taken to the gallows at the Pretoria Central Prison—and Ronnie Kasrils, who reads a poem for Mini. The others are the prison guard at death row and riot police who used to combat protesters in the 1980s. The police recalled how it felt to be overwhelmed by the loosely choreographed cacophony of chants, stomping and dance—known as the toyi-toyi employed by hundreds of marchers at rallies. This prominence of the black musicians is a good thing, for it helps to overcome one of the main problems of films about South African history, which is that blacks are always placed at the margins—”Cry Freedom” or “A World Apart” or the numerous documentaries made about the apartheid struggle are egregious in this respect. And it is younger black people that are the central characters along with the older musicians. Their participation also gives a glimpse of the vibrancy of post-apartheid South Africa and implies that the same creativity envelopes the new, different and sometimes carried-over struggles for basic human rights under changed conditions.

The film has its shortcomings. The history of the struggle is presented as the history of the ANC, considerable liberty is taken with the questionable effectiveness of the “armed struggle,” and the film is a little too focused on Johannesburg. But these criticisms do not take away from the effectiveness of the film and it is strongly recommended. Since it has already won the Audience Award and the Freedom of Expression Award at the 2002 Sundance Film Festival, now all we need is the album. 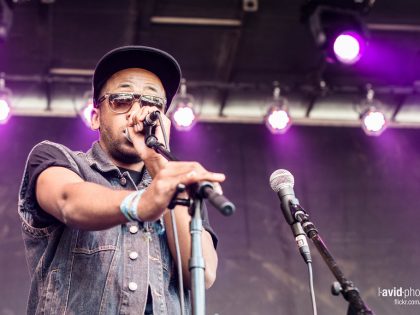 Are you an African artist?

Why are we so averse to acknowledging complexity, difference, subtlety and agency when it comes to art that emerges from and in Africa? 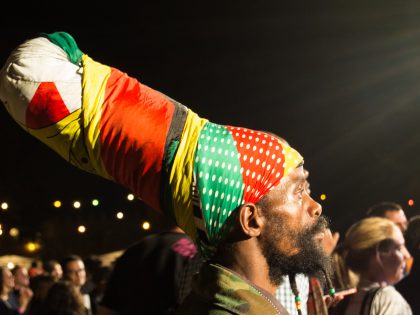