Mohandas Karamchand Gandhi keeps making news on the African continent as the furore over his statue in Ghana or the proposed statue in Malawi raise debates over his attitude to Africans, his belief in the redeeming qualities of the British Empire and his defense of white minority rule in South Africa. In response, there has been a virulent denial from those with a stake in Gandhi’s status as pioneering anti-racist fighter during his sojourn in Africa. If in India there has been an investment in myth of Gandhi as non-racial icon, in South Africa Gandhi also has his defenders. Most notably, Ela Gandhi, his granddaughter.

Ela Gandhi, 78, is the daughter of Manilal, Gandhi’s second son. She grew up Durban and was involved in the anti-Apartheid struggle (she spent nine years under house arrest) and became an MP of the ruling African National Congress, in 1994. She retired from politics in 2004.

An opinion piece she wrote at the end of last year in The Mercury, a popular daily newspaper in Durban, strains to find a way to continue the myth and iconography of her grandfather. Before dealing with the substantive issues in her article, let’s dismiss the simplistic notion that opposition to Gandhi is due to a book that Goolam Vahed and I co-authored in 2015. To believe that is to treat the symptoms rather than the cause. A chronological look at protests exposes the hollowness of this claim. In 2003, for example, debates around Gandhi’s problematic iconography were expressed at Gandhi Square in Johannesburg through contestation of his statue erected there. Reginald Legoabe opposed the statue on grounds that “Gandhi never thought much of African people” (City Press, 9 November 2003). In 2007, copies of a booklet by Velu Annamalai, Gandhi: A Stooge of the White South African Government were distributed in South Africa. In April 2015, before our book was released, Gandhi’s statue was vandalized in Johannesburg by protestors demonstrating with placards reading “Racist Gandhi must fall” and the hashtag #GandhiMustFall was circulated on social media.

To blame the book for African opposition to Gandhi in Ghana, Malawi, and elsewhere is disingenuous, for it ignores the fact that a new generation of African activists seek to challenge both romantic narratives of de-colonial struggles and the present-day neocolonial activities of countries like India and China. Officials in New Delhi announced they would cancel hundreds of university scholarships to Ghanaians, for example, as collective punishment to the next generation: what a message that sent, both to intimidate the youth (unsuccessfully) and to get their parents’ generation to back-track (successfully) on the Gandhi statue’s removal.

In her article, Ela Gandhi does exactly what she accuses us of in our book, by selectively quoting from one Anil Nauriya as an example of Gandhi’s pro-African stance. Arguing that Gandhi said some nice things about Africans cannot exculpate him from the voluminous evidence of anti-African racism and his attempt to cozy up to white racist, colonial rule while in South Africa.

Gandhi’s time in prison provides a cameo of his approach to Afro-Indian relations. It is here in 1909 that his activism, as Isabel Hofmeyr shows, crystalizes in wanting Indians inside and outside prison “not to be classed as native… I have made up my mind to fight against the rule by which Indians are made to live with Kaffirs and others.” Gandhi petitioned the authorities to be given the same privileges as White prisoners. He saw “a boundary that could not be crossed and that is a line marked by the native.” This is just a snippet of a host of racist statements that Gandhi made post-1906.

When Africans, Coloureds and Whites (specifically parliamentarian W.P. Schreiner) joined in an historic delegation to London in 1909 to try to ensure that the forthcoming Union of South Africa would not disenfranchise “non-Whites,” Gandhi also travelled there, but refused to join this historic alliance which saw major shifts, especially from the leader of the Coloured African Peoples Organization (APO) Dr Abdurrahman, who joined African allies as part of a united front.

Why did Gandhi insist on standing alone? In South Africa he had marked out a path that argued that Indians deserved the franchise because of their status as British subjects. Now that Africans and Coloureds were doing the same he could not contemplate joining them. This was a mix of strategy (Indians had India), as much as a racist antipathy towards Africans and Coloureds, and witnessed by his insistence that Indians not be lumped with them. In the face of this Anil Nauriya writes that “Gandhi sought to join forces in 1909 with WP Schreiner in lobbying efforts in England to garner rights for Indian and Africans in South Africa.” It is this kind of attempt to sanitize Gandhi that would make Mohandas wince.

Gandhi’s passive resistance comes imbued with a sense of Indian superiority and African inferiority. Witness one of Gandhi’s lieutenants, A.M. Cachalia, in 1908: “Passive resistance is a matter of heart, of conscience, of trained understanding. The natives of South Africa need many generations of culture and development before they can hope to be passive resisters in the true sense of the term.”

Manilal Gandhi (Ela Gandhi’s father) stated in 1951 that Africans were “impetuous” and lacked the necessary discipline to embark on a defiance campaign. Following the Defiance Campaign of 1952, Durban-based journalist Jordan Ngubane warned that the “treatment meted out to African leaders and African contributions by important sections of the Indian press (in India) at times does little to cement Afro-Indian relations… The impression is being sedulously created that the African leaders of the struggle are juniors to their Indian counterparts.”

These issues have been hashed many times and I could have overlooked Ela Gandhi’s cringing defense were it not for two things. The first is the scorn for the position taken by the Dalit leader Ambedkar, who she cannot even name yet accuses of being a pawn of the British. It is now the stuff of history that Ambedkar sought to expose how the Hindu caste system was fundamental to the oppression of the Dalits and how he sought ways to ensure that their status was not confined to the very category that humiliated and degraded them. Gandhi reacted in 1932 to force Ambedkar to relent in what has come to be known as the Poona Act.

Let us forget Gandhi’s bullying and acknowledge that Ambedkar was central to situate caste oppression and representation at the center of the political demands of Dalits. As Anupama Rao puts it: “the events of 1932 marked Ambedkar’s entrance on the national stage as a powerful critic of Congress nationalism, an insurgent thinker, and a reluctant founding father whose ideas of radical equality were well beyond the time.” Rao goes on to show how “Ambedkar used the demand for separate representation as a way to translate the negative identity of Dalits into a collective political interest.” But for Ela Gandhi, like her grandfather, Dalits cannot think for themselves, being no more than dupes of the British.

The second incident is Ela Gandhi’s response to the visit of the butcher of Gujarat, Narendra Modi. Keeping in mind that Ela Gandhi wants us to develop an ethical politics in South Africa, Modi’s visit presented an opportunity to do just that. But instead of taking a stand, since Modi stands for everything her grandfather did not (from industrialization to nuclear arms to designer outfits), she instead paraded him around the Phoenix Settlement, a farm Gandhi established in Durban. Professor Shiv Visvanathan wrote in response to Modi’s visit:

I was appalled and agitated when I saw Ela Gandhi welcome him to Phoenix Farm. I was reminded of a comment by a historian who said, “today every party rewrites history”… The Right, especially the RSS, was opposed to Gandhi and had little to do with the national movement. There was an even greater irony in Modi’s trip as the RSS, of which he was a pracharak (full-time worker), was opposed to Gandhi. I do not know what Modi thought while he sat in the wood planked train. But, I was wondering whether at that moment the RSS and its ilk thought of apologising to Gandhi and the nation for the assassination. I was for one moment expecting an apology for the 2002 riots. An apology would have made history doubly alchemic, if he had used his sense of the truth commission to offer a new sense of reconciliation in Gujarat. It would have made the train ride another turning point in history. Yet, Modi is not moved enough.

In the face of this for Ela Gandhi to call on us to pursue some kind of ethical politics is tantamount to the Gupta brothers calling on us to take a stand against corruption. 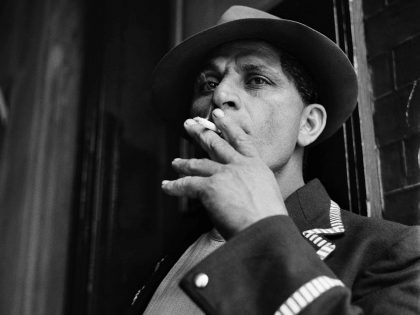 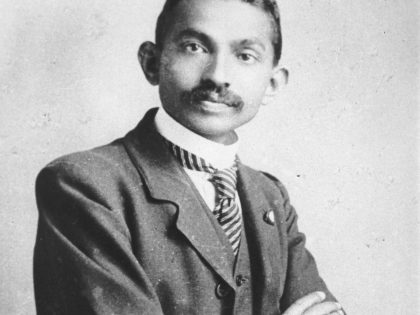