On August 5th, 1962, Nelson Mandela was arrested at a police roadblock near Howick in KwaZulu-Natal. Initially charged with inciting labor unrest and leaving the country without permission, Mandela would end up spending 27 years in prison. Having successfully evaded the South African authorities after being forced underground in the previous year, it was long rumored that the CIA provided the information that led to Mandela’s eventual capture. However, it wasn’t until 2016, that American involvement in his arrest was publicly confirmed.

Why did the CIA want to silence Nelson Mandela? And what does this tell his about his political legacy? According to Donald Rickard, the Durban-based US vice-consul and CIA operative who tipped off the South African security services, Mandela was a threat to the United States. Convinced that he was “completely under the control of the Soviet Union,” Rickard asserted that he “could have incited a war in South Africa,” concluding in an interview that, “We were teetering on the brink here [in the US] and it had to be stopped, which meant Mandela had to be stopped. And I put a stop to it.”

Despite John F. Kennedy’s rhetorical support for African decolonization, the removal of radical black voices, such as Mandela’s, from the political scene constituted a cold war imperative for many within his administration. The US had a range of political, economic and military interests in South Africa. The country boasted a vast supply of uranium ore, essential for America’s nuclear arms program, and was a key site of investment for US businesses, such as the Kennecott Copper Foundation, Ford and General Motors. Crucially, the Apartheid regime was also vehemently anticommunist and had passed the draconian Suppression of Communism Act in 1950, which effectively outlawed the Communist Party. Acutely attuned to the international political climate of the day, the National Party strategically positioned itself as an important bulwark against the Soviet Union in Southern Africa in its diplomatic dealings with the United States.

Mandela was acutely aware of these political and economic connections and was a vocal critic of the relationship that existed between the self-appointed “Leader of the Free World” and the Apartheid regime. As he wrote in a 1958 article for Liberation magazine entitled, “A New Menace in Africa“:

Whilst the influence of the old European powers has sharply declined and whilst the anti-imperialist forces are winning striking victories all over the world, a new danger has arisen and threatens to destroy the newly won independence of the people of Asia and Africa. It is American imperialism, which must be fought and decisively beaten down if the people of Asia and Africa are to preserve the vital gains they have won in their struggle against subjugation.

In his writings and speeches Mandela exposed the links between American power, capitalism and racism. He boldly documented how the United States government backed white supremacy in Southern Africa, undermining America’s self-professed anticolonial credentials by drawing parallels between Apartheid and Jim Crow. This this made him particularly dangerous in the eyes of successive US administrations, all of whom were much more comfortable dealing with a fervently anticommunist white settler state than the prospect of black self-determination in South Africa. It is important to remember that effects of the Red Scare and McCarthyism were not limited to the United States. Anticommunism was a central part of US imperial culture, providing the ideological groundwork for the government’s collaboration with the Apartheid state and the expansion of American power in Africa more broadly. Operating across national borders, anticommunist politics facilitated repressive forms of state collusion and was frequently used to legitimize the hounding of black activists. Ultimately, anticommunism functioned as a global imperial language that circumscribed movements for racial equality and legitimized the actions of the white supremacist state on both sides of the Atlantic.

However, even as anticommunist politics disrupted antiapartheid protest, radical black voices mobilized to challenge the political ties that existed between the US and South African governments. In the United States, the New York-based anticolonial lobby the Council on African Affairs (CAA) led the charge, repeatedly exposing the ways in which US foreign policy and capital worked to prop up white supremacist regimes overseas. Chaired by the activist, actor and singer Paul Robeson, and bringing together black leftists including W.E.B. Du Bois, and Alphaeus Hunton, the CAA echoed Mandela’s criticism of American imperialism and actively forged connections with antiapartheid activists in South Africa. As Hunton asked in his 1953 pamphlet “Resistance Against Enslavement in South Africa“:

Can we separate the problem of Jim Crow in America from the problem of Apartheid in South Africa? Can the octopus of racism and fascism be killed by simply cutting off one menacing tentacle? Do profitable investments and strategic raw materials have priority over the freedom, the rights, the very lives of millions of human beings in South Africa whose skins are not white? Again we ask, how much of the blood of South Africa’s oppressed black people is on America’s own hands?

African American leftists argued that white supremacy in the United States and South Africa represented two sides of the same coin. Drawing attention to America’s blatant disregard for the human rights of people of African descent—at home and abroad—they showed how strategic foreign policy interests and the global flow of capital underwrote racial oppression in both countries.

Black radicals were also painfully aware of how anticommunism was used to disrupt anti-racist protest on both sides of the Atlantic. As Paul Robeson outlined in a letter to Dr. G. M. Naicker, president of the Natal Indian Congress:

We who are on the side of Peace and Freedom in the United States can well understand the desperate nature of the struggle in which you in South Africa are engaged. For if you have your Malans and Swarts, we have our McCarthys and Brownells. South Africa’s notorious suppression of Communism Act is paralleled by this country’s’ equally notorious Smith Act and McCarran Act.

In conversation across the Atlantic, Mandela, Robeson, Hunton and others, vigorously condemned the US government’s relationship with South Africa. In their eyes, this was an anticommunist form of imperial power that resulted in the race and class exploitation of the black population of both countries. This analysis made them dangerous.

The CIA’s role in Nelson Mandela’s arrest and imprisonment vividly illustrates how anticommunist and white supremacist politics worked in tandem to stifle black liberation. Mandela consistently linked the antiapartheid struggle to antiracist movements around the world, quickly recognizing how racial subjugation was embedded in both US foreign policy and the expansion of American capitalism. The US government was all too aware of damage this could do to its standing in the world, labeling him a threat to their political and economic interests in Southern Africa, and actively working to silence him.

Repression rarely takes place solely at the level of the nation state. Mandela recognized this, tracing how racial subjugation was reinforced across borders, while simultaneously acknowledging how colonial and imperial power evolved over time. Significantly, he also drew attention to the ways in which racism enshrined the inequalities that powered capitalist accumulation throughout the 1950s and 1960s White supremacy, anticommunism, and capitalism were three interrelated ideologies that united US policymakers and the Apartheid government.

As a new generation of activists in the United States and South Africa grapple with white supremacy, economic inequality and state violence, it is vital that we remember radical anti-colonial and anticapitalist vision that shaped Mandela’s worldview at this time. Ultimately, this was just as an important part of his political legacy as his more frequently lauded insistence on reconciliation and forgiveness. 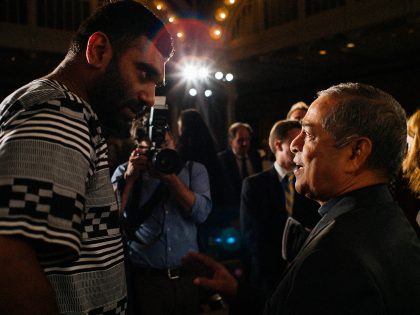 The first African head of Greenpeace International, Kumi Naidoo, on how the world could best do justice to Mandela.

Nelson Mandela and how we talk about the state in Africa