On August 29, 2018, the U.S. Tenth Circuit Court of Appeals affirmed the 2015 conviction of Matthew Lane Durham, a 24-year old former missionary from Oklahoma, who had been jailed for sexually abusing Kenyan orphans. Most onlookers applaud the Court’s decision, confident that a man found guilty of heinous crimes will remain in prison. A closer look at the case, however, suggests that not all who are culpable are behind bars. Americans have bought into and perpetuate a set of fictions about Africa, about aid, and about the inherent good of Western intervention. Over centuries, these stereotypes produced a context in which a troubled young man with no discernible skills was convicted of abusing vulnerable children in Kenya.

In June, 2014, a worker at the Upendo Children’s Home in Juja, Kenya accused Durham of serially molesting children at the Home. This was Durham’s fourth mission trip to Upendo, where he and other American team members taught, cared for, and (as they say in Oklahoma evangelical circles) generally “loved on” the children. When workers initially confronted Durham with these allegations, he denied them. He later suggested that his inability to recall assaulting the children was the result of being possessed by a demon.

After he returned to the States, federal prosecutors filed charges: eight counts of “interstate travel with intent to engage in a sexual act with a child” and eight counts of “traveling in foreign commerce and engaging in illicit sexual conduct with a minor.”

Even before the 2015 trial began, the judge declared this “among the most rancorous cases over which [he] has presided in nearly thirty-four years on the bench.” The whole affair was certainly unusual. For instance, defense counsel—the same man who defended the Oklahoma City Bomber, Timothy McVeigh—suggested to the press that Durham was the object of “pseudo-tribal psychological voodoo.” In another instance, federal prosecutors suggested that Durham’s “struggles” (their word) with homosexuality were proof of pedophilia. Despite being based on outdated and dangerous assumptions, these two highly prejudicial suggestions seemed to resonate with the jury.

The sometimes-circus-like proceedings should not distract from the very troubling events at the heart of this case. Instead, its sensational elements highlight the set of fictions that underwrite the case.

Take, for example, Upendo’s fixation on “orphans.” Upendo belongs to a category of Western aid organizations founded on the Judeo-Christian imperative to minister to orphans and widows, the likes of which drive thousands of Americans each year to the continent to serve people imagined as the world’s most vulnerable (and, less charitably, to curry favor with their churches, with God, and with college admissions boards).

Yet, the concept of “orphan” to which many ascribe, is itself a fiction. In East Africa, at least, children officially classified as “orphans” are rarely destitute children without parents who lack access to social or kin networks. In fact, the concept of “orphan” is not an indigenous category at all, but an outgrowth of Western intervention in Africa. My research suggests that for a century and a half, East African children have been subject to the whims of colonial and evangelical rhetoric that ignored and obscured indigenous strategies for child care and protection. Western activists’ efforts to normalize the category of orphan have resulted in an increased number of vulnerable children—what some scholars have termed the “orphan industrial complex.”

Another fiction at the heart of this case is the idea that short-term missions, such as Durham’s, and “voluntourism” more generally are wholly positive endeavors. But research has shown that rather than benefiting the local community in long-term, sustainable ways, these trips tend to do more harm than good. When unskilled and inattentive high school students paint schools in Uganda, local craftsmen are left without work. Key-hole gardens fail to produce when untrained locals mix meat scraps with their vegetable compost, and fish in donated aquaponic systems die when the community can no longer afford proper fish food. Sadly, the presence of orphanage volunteers tends to worsen known impacts of institutional care on vulnerable young children. 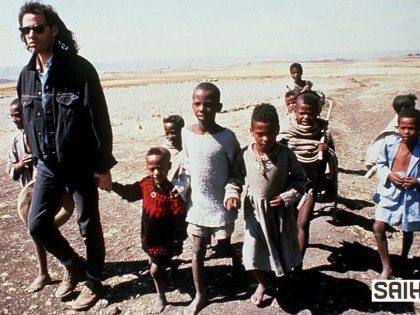 Do critiques of representation make a real difference?

The Rusty Radiator Awards is not a critique of existing power relations and stark global inequalities, but of representation.