The documentary film, Sisters of the Wilderness, starts slowly: close-up of a giraffe’s head, seemingly looking directly at the audience. The giraffe disappears, then reappears, happily munching away, followed by a distant shot of the giraffe in its environment. This is followed by a close-up of an elephant walking through the bush. Music swells. Abruptly, music turns to cacophony: protected by razor wire, bulldozers assault and rip up the earth. A large dump truck carries off whatever it is the bulldozers are wresting from beneath the ground. The noise of dump trucks and a speeding train erupt. Then back to the bush, where there is silence. Finally, we hear a person’s voice; a young woman’s voice is heard to say, mournfully, between sobs, “Everything happening to you is a wound.”

Five young women, seen from the back, embrace each other, watched over by an older woman. The voice continues, “My problems are small compared to yours.” The young women burst into tears. The older woman’s voice enters, “Please don’t lose hope. All your experiences are so painful. Don’t lose hope.” Thus begins Sisters of the Wilderness, a documentary about five young Zulu women, two rangers, and one mentor guide who go on a five-day walk through the Imfolozi wilderness. This meditation on sisterhood, wilderness and the precious begins, “Everything happening to you is a wound.”

Hluhluwe–Imfolozi Park, in KwaZulu-Natal, is the oldest nature reserve on the African continent. The park was established in 1895 to protect the white rhinoceros, already recognized as an endangered species. Thanks to conservation efforts in the park, iMfolozi today houses more than 90% of the white rhinos on the continent. This means the park is a war zone, with rangers and allies on one side, and poachers on the other.

Over the last couple decades, Hluhluwe-Imfolozi has also seen the arrival of new threatening neighbors, open-cast coal mines. Open-cast mines are open pits. Mining corporations dig giant pits, extract the mineral, devastate the surrounding area, work to depletion, and leave. Year in and year out, new mining corporations apply to mine closer and closer to Hluhluwe-Imfolozi Park. Last year, Tendele Coal Mining applied. This July, it’s a hitherto unknown mining company, Imvukuzane Resources. In each case, the nearby Fuleni community have joined the Park to oppose the mining, with limited success. Rhino poachers in the park. Coal mines bordering the park. Everything happening to you is a wound.

Sisters of the Wilderness tells the story of the double warzone as it focuses on the counter-story of the wilderness. As the never-named guide mentor explains, “The place we went to isn’t like any other place. We were in a powerful place. It’s powerful because of the river. Our aim of bringing people on the trail is for them to have a release.”

Sisters of the Wilderness is the story of a five-day walk. The area covered is thus relatively small. The pace of physical movement is slow. But the emotional and learning distances covered are astronomical. The young women immediately learn that in the wilderness, they must walk the paths made by the animals. There must be no heroically “manmade” paths in the wilderness because those paths are built of disrespect for the local and indigenous environment. The women learn to respect the environment as they learn to respect one another and themselves. The speed with which these five young women learn to need one another speaks to the forms of isolation, under the rubric of independence, in their everyday lives. They remark on their lessons in sisterhood.

As they share experiences and visions, they learn to speak and listen to one another, as they learn to speak and listen to themselves. The wilderness teaches the five women to share. The ranger-guides and the mentor-guide make it clear that the wilderness teaches them to share as well. Each day is a new day. That the wilderness is “a powerful place” becomes a lesson in the meaning of Zulu history and identity; the geographies of inclusion and exclusion that go into constructing a “wilderness zone”; the devastation of mining on local people and environment, and on the future; the meaning of the wilderness itself.

Although the film hews closely to its characters, it opens spaces for conversations across the board. This year, Women’s Month (August), began with #TotalShutDown marches and actions across South Africa, and solidarity actions around the world. How do five young Zulu women walking through the wilderness intersect with thousands and tens of thousands of women and non-gender conforming individuals filling the public space to end gender-based violence? Both actions speak to the importance of release in the context of an analysis and a politics of women’s power and freedom.

In South Africa, as around the world, the wilderness is under attack as it has not been for generations. This is not to say that the wilderness has been revered or left pristine, but rather that right now, thanks to the collusion of local, national and regional governments, the assault on the wilderness is more intense and widespread than it has been for decades. This assault is supposedly the price of the so-called Fourth Industrial Revolution. 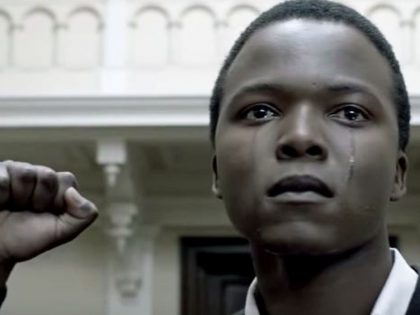 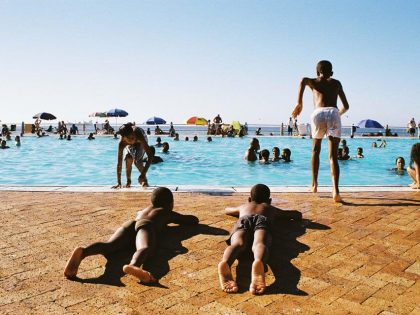