The “trap” strain of American hip hop, out of the Black American South, is at the moment the most popular rhythm in the world. I know that statement seems hyperbolic, but if you think back to the previous contenders for that title—New York’s strain of hip hop, techno, reggae, disco, jazz—its not hard to look around and see that trap’s rhythm and sonic aesthetics make up a musical cell that currently holds a singular place at the top of Black Atlantic musical food chain. (The globalized version of dancehall being carried around the world by anglophone West Africans is probably the closest contender, and may eclipse trap by the end of this year.)

Because of its popularity, trap and its surrounding culture have also become the signifier for that quintessential African American cultural element called “coolness” that so many young people around our hyperconnected world desire. But as always, the conditions of the marginalized peoples that this subculture came from are not so clearly understood by those on the outside of those communities (both from within and without of the US’s borders).

Trap’s potential for self empowerment and enrichment, comes with all the contradictions of American empire: cut throat capitalism, misogyny, violence, drug abuse, racism, homophobia. At the same time, the genre has gone from a local strain of Atlanta rap, soundtracking the drug trade activities of marginalized black youth in that city, to big festival stages around the world. It has become the signature sound of everyone from Beyonce and Drake to European electronic DJs and Korean pop stars (Kendrick Lamar won his Pulitzer Prize for a trap-inflected album this year.)

Latin America has not been immune to virality of trap, with the genre being popularized across much of the Caribbean. The Afro Latin island nations, and nearby coastal cities have always been the incubator for Latin American popular music. So when I saw one of Latin Pop’s biggest stars, Jennifer Lopez, debut her new “latin trap” song “Dinero” at this year’s Billboard Music Awards (alongside DJ Khaled and Cardi B), I thought it would be a good excuse to take our show’s focus on international black issues, and start to narrow in on some of the specific cultural nuances of this Black American genre resonating in the US’s neighboring nations to the South.

In our conversation, Francesca and I touch on everything from immigration, to race, class, cultural appropriation, and what it means to have representation in a globalized society. With such a big swath of topics, we obviously didn’t have time to do more than an overview, but we hope you at least get that out of this hour or so conversation.

As always that conversation is preceded by an hour mix of the latest tunes from around the Black Atlantic. Stream it now via mixcloud, or subscribe via iTunes and Stitcher.

Despacito Will Not Save Us

The hit song and its production reflect everything that is wrong with the music industry and how it exploits the cultural production of communities of color. 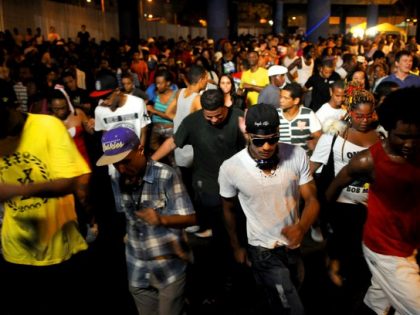 So then, what does Blackness in Brazil look like?

With the increased attention on Brazil since the Cup started, I’ve noticed non-Brazilians trying to figure out what exactly is going on with Brazilian racial politics. I’ll tell you it’s not an easy task. It’s taken …