On 29 March 2018, South African Minister of Home Affairs Malusi Gigaba made a visit to the two busiest border posts between Lesotho and South Africa: Maseru Bridge and Ficksburg Bridge. The visit was forced by the recent revelation that Lesotho’s constitutional monarch, King Letsie III, was in January detained at Maseru Bridge for over an hour and had his vehicle and bodyguards searched as he returned to Lesotho. The incident at the border, and the general sense among Basotho from Lesotho (South Africa also has a significant Basotho population) that the border is a space in which South Africa arbitrarily and capriciously denies access to the country, also ties into larger questions about uncompensated land expropriation in South Africa. Both issues beg the question: Who are “the people” and who gets to decide how to answer that query?

The Lesotho-South Africa border has long been a zone of contention, stretching from its inception in the 19th century through treaty negotiated by the British and Afrikaners. More recently, conflict came from the first implementation of border controls in 1963 at the height of the apartheid era, apartheid South African military raids into Maseru against ANC exiles in the 1980s, and contemporary concerns about long queues at holidays, month-end, and at times for no apparent reason. Minister Gigaba was the second South African Cabinet minister to visit the border this year as South Africa’s International Relations and Cooperation Minister Lindiwe Sisulu also traveled to Lesotho to personally apologize to the King. However, ordinary Basotho are skeptical that these high-level meetings will do anything other than mollify the King’s anger.

Meanwhile in South Africa, the biggest issue in politics since February is the discussion of a possible constitutional amendment to allow land expropriation without compensation. This comes from the ANC’s efforts to head off a political challenge from Julius Malema’s Economic Freedom Fighters Party (EFF). The South African Parliament has scheduled a series of public hearings beginning this month across the country. While public interest in the matter is quite high, as of yet it is unclear exactly if or how the government will try to speed up land redistribution.

Former ANC leader Mosioua Lekota who split with the party in 2008 to form the Congress of the People (COPE), raised perhaps the most intriguing queries in the Parliamentary debate on the land question. Asking simply how Parliament or another body would define “the people,” Lekota exposed the land expropriation debate as being significantly more complicated than its proponents have extolled. In asking the question, of course, it would be simple to charge that Lekota was practicing the style of “What-About-Ism” currently in vogue in the United States, but after having spent two separate stints in apartheid-era jails, this is simply a charge that will not stick. The question does, however, greatly complicate what was already shaping up to be a fraught process. Who gets to access the resources of the state, and how far back do we go in history to define the contours of the national state?

The journalist Max du Preez even more boldly laid out these questions in a commentary piece. He asked, if land expropriation goes forward, who gets defined as a beneficiary, and what role does historical oppression play in deciding contemporary winners and losers. Du Preez even asked if the debate were to progress, would South Africa take seriously the land claims of its neighbors like Lesotho, Swaziland, Botswana, and Mozambique? Lesotho, after all, has long laid claim to about half of the Free State Province, owing to 19th century rule of the area by the first Basotho king, Moshoeshoe.

Lekota, du Preez, and ordinary Basotho angry about border policies are all asking about the nature of boundaries. Why are the lines on the map drawn as they are, and how do they impact the lives of individuals? While the apartheid-era Homelands are no longer visible on a map, a quick drive across the old (invisible) lines suggests that these boundaries still have great salience in the lives of many contemporary South Africans. The salience of the international boundaries is equally profound.

Coming from the perspective of a scholar who focuses on Lesotho, I am grateful for the new, just-released data on how Basotho from Lesotho view the border, citizenship, and a political union with South Africa. It seems that those Basotho who have to live daily with the consequences of hundreds of years of land dispossession know only too well the drawbacks in the contemporary period.

The latest Afrobarometer survey of Lesotho’s population, conducted in late 2017, notes that 52% of Basotho support Lesotho becoming part of South Africa. This is up from 40% in 2014 and is a pretty shocking and quick rise for a population that has long based its identity on the successful campaign to keep Lesotho independent of South Africa. However, that number only tells part of the story.

The biggest shift in the data was in the percentage of people supporting dual citizenship for Lesotho nationals with South Africa. The number supporting this proposition went from 48% in 2014 to 77% in 2017. This is a huge increase and is one that far outpaces the rise in the numbers of those supporting political unification of the two countries. Combined with the fact that 88% of those who report leaving Lesotho blamed an inability to “find work,” chalked it up to “economic hardship,” or simply responded “poverty,” it is no secret why people are leaving the Mountain Kingdom—there are no economic opportunities at home for the majority of its citizens. Whether they will really find relief from their problems in South Africa is, however, an open question. With official unemployment hovering in the high 20% range, and the structural problems that face jobseekers in South Africa, Basotho face a precarious situation in RSA, even before factoring in the risk of living and seeking employment while being undocumented.

And yet Basotho continue to cross the border (with many doing so either without papers or with falsified papers) for the long and short term. The Afrobarometer data reports that 44% of Basotho had either migrated or had a relative migrate to South Africa for a period of at least three months over the last three years. This rate is the highest for any country in the southern African region.

So where does all of this economic despair, poverty, and dissatisfaction with the border and government policies leave Basotho, and where does it put them in relation to South Africa? The clearest point, as with any debate about migration and economics, is there is no simple solution to the problem. As the UK is finding out, unwinding international relations at the state level is exceedingly complex and difficult, and so calling for “unification” between Lesotho and South Africa is certainly not and will not be a magic wand solution anytime soon.

Opening the border presents its own set of challenges. From the South African perspective, letting Basotho cross at will would potentially flood South Africa with hundreds of thousands more poor job-seekers to potentially compete with the already-large group of black South Africans struggling to find gainful employment. But the data also suggests that many Basotho from Lesotho really only support a one-way open border. In 2014, 45% of those surveyed supported limiting movement across borders, presumably because they worried about the changes that an open border would bring to Lesotho. With land “held in trust” by the monarch and distributed through the chieftaincy, Basotho fret that opening Lesotho to South Africans would bring about some sort of private ownership of land in rural areas (land in urban areas is already “owned” by individuals on a 90-year lease and is fully exchangeable/leasable). The worry over rural land is not just confined to those living in the rural areas, as the national identity of the collective is in an ethnically homogenous state. The possibility of further land alienation would undermine the raison d’etre for the existence of the Kingdom of Lesotho—to carry forth the independent legacy of Moshoeshoe I and of the Basotho people.

Thus, the land issue—who owns it, who controls it, and who benefits from the current system—lurks behind most debates, in Lesotho and in South Africa. For the South African expropriation debate, it will be interesting to see in the coming months how the country deals with its own history of conquest/genocide against First Peoples, conquest of other African groups, and “legal” land grabs such as the 1913 and 1936 Land Acts. However, even if the government somehow manages to thread that difficult needle to speed up its own post-1994 land redistribution program to those who can legally claim South African citizenship, it will then have to reckon with the contemporary borders of South Africa (and thus the contemporary citizenry). The 19th century wars and negotiations that set those boundaries largely left South Africa the winner, in terms of territory, at the expense of its neighbors. Hence, today most Basotho still refer to the Free State Province as the “Conquered Territory.”

Historian Keren Weitzberg, writing on Africa is a Country in April asked scholars to “unsettle our assumptions about who is a ‘stranger.’” It is a laudable challenge, and one with which scholars of borders and citizenship have long been contending. Now, however, with debates over land expropriation and borders coming into full view in South Africa and Lesotho, it is a good time for politicians to come to terms with the fact that they are still using apartheid-era categories and 19th century map lines. These categories and lines breed contemporary anger because of the legacy of historical injustices that created them. While the revival of a long-dormant border commission between the two countries is certainly a desirable step, it is probably not the answer that the 52% of Basotho calling for incorporation were looking for to serve their immediate, desperate needs. The questions at this point that linger could just be the key to whether policies on borders and land redistribution succeed: What state policy will satisfy those whom the nation-states of southern Africa have to this point failed? Why should citizens in the 21st century pay allegiance to state forms that have, by a sober assessment of their own circumstances, long failed them?

Finally, is it time to rethink the colonial-era boundaries of the region or at least who gets to enforce those borders, which create the categories of “the people” and “outsiders?” The states that do not adequately address the very real and pressing concerns of their own citizens, as well as the citizens of their neighbors, risk throwing a highly inequitable region into even greater social and political turmoil. 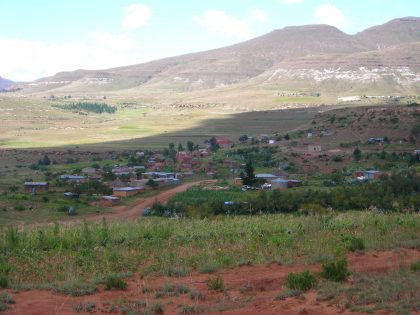 Last week in Lesotho, opposition leaders Tom Thabane and Thesele ‘Maseribane fled to Botswana and South Africa, again seeking protection from SADC against what they said were assassination attempts by the Lesotho Defense Force. … 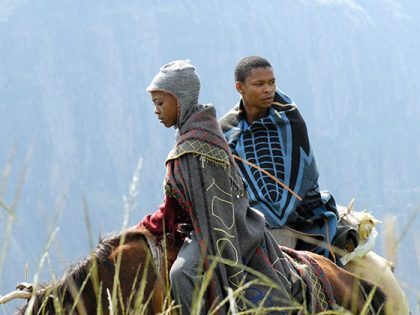 The film “Forgotten Kingdom” has become one of the most powerful representations of Lesotho. Does it get it right? 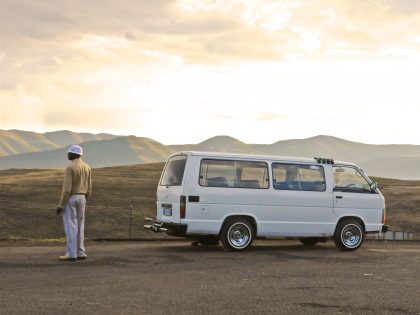 Zachary Rosen, a former Peace Corps official, describes his favorite photographs to us.