The Ghanaian cultural icon has consistently remained a positive force in the country’s creative scene since his sleeper hit, “Smallest Time” in 2007, which introduced his socially conscious brand of music, trademarked by satirical raps, to Ghanaians. Over the years, Wanlov has come to represent the spirit of forward thinking independent music culture in Ghana, yet the culture he has worked so hard to improve does not seem to value his contributions as much as it should.

In an exploitative cultural climate that rewards individual commercial success and disregards collective growth and purposeful development, people like Wanlov are rare. By defining his own metrics for success, he takes responsibility for his happiness and directs his effort into ventures that he feels will not only reward him, but also benefit or improve the lives of those around him. As such he does not fit the schema of a “successful” musician who will constantly remind you of how much money he has by objectifying women in his videos or alienating himself from the realities of the people his music services. Indeed, Wanlov the Kubolor is the polar opposite of this. He frequently employs satire as a lubricant to question the imbalances in society that affect the ordinary Ghanaian or African.

When he’s not snaking through the streets on Accra on his bicycle or performing in markets and bus stations, Wanlov the Kubolor spends his time in the studio, documenting the present condition of Ghanaians. On his latest album, Orange Card; Fruitopian Raps, one of his strongest bodies of work yet, Wanlov prompts a rethinking of neo-colonialism by poking fun at Chinese interest in African states or the widening abyss between African leaders and their people. He does this by leveraging the idiosyncrasies of his society, by layering his work with phrases, rhythms and analogies that are strictly Ghanaian and effortlessly funny. This unique familiarity and relatability means that the core themes of his music are accessible across every part of the society, irrespective of class or disposition.

On this same album, Wanlov features about ten different artist and producers from across Africa and the diaspora, who he feels creatively align with his socially conscious ethos. This “it takes a village” approach is also what makes his work practice exceptional. As a solo artist he has put out four studio albums. In addition, as part of the famed and controversial duo FOKN Bois (the other half is Mensa, a long-time collaborator), Wanlov created the world’s first pidgin musical, Coz Ov Moni, to critical acclaim, long before Netflix thought of putting The Get Down on the internet. The duo also has five rap tapes to their name. Wanlov has also worked very closely with a community of mostly young, upcoming creatives in different fields from design and fashion to video and photography to perform public surgery on social, political and economy structures of oppression.

On YouTube for example, Wanlov has a playlist of 53 music videos he directed. Most of these videos he either shot for upcoming artists or collaborated with others to produce with a relatively modest budget. Yet with this massive body of work, most Ghanaians will not regard him has a video artist or look to examine the visual narratives he has created to complement the music of others and himself. Funny Wanlov is all they can take.

In 2017, he put out a song titled “My Toto,” where he playfully described sex as a pleasurable act from the perspective of a woman. In the video, shot by Mutombo da Poet, another staple in his village of collaborators, Wanlov stars as the main vixen and objectifies himself. The clip is captioned “Not always naked women… sometimes naked me” on YouTube and layers several sequences of Wanlov in a tiny pair of shorts, showing  a lot of skin.

However, most people do not engage with the song on this level. They’re not interested in what he was trying to achieve, but are humored by the extent to which he is willing to go to make a point. This conundrum is indeed symptomatic of Wanlov’s career where his actions are reduced to the barest minimum, often disregarded and rarely properly examined, even when they are quite strikingly problematic. Regardless of the reception his art creates, Wanlov continues to be a powerful force, a provocateur in the independent arts scene. 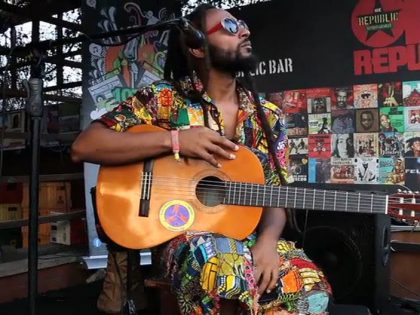 Power against Power in Ghana

Art – especially music – occupies a double-edged place in Ghanaian history in its relation to power. 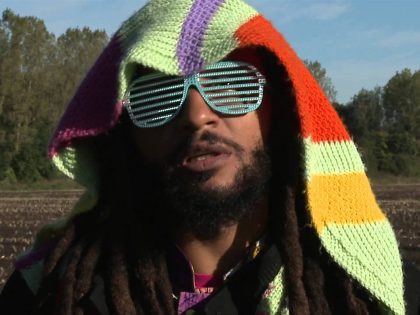 Fokn Bois in a Dutch village

It is not clear what Ghanaian duo Fokn Bois, on tour in the Netherlands, was doing visiting a boring Dutch town, Liesbeth. But it turned out to be fun. 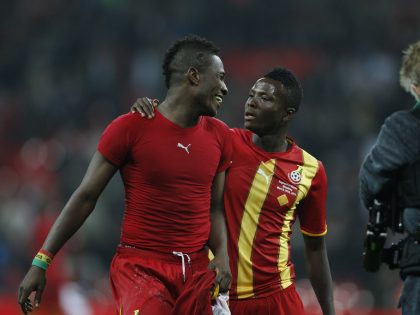 Ghanaian artist Wanlov the Kubolor’s has an Afcon 2013 playlist for his country’s national football team.