In early April, the New York Times published the photo essay, “Portraits of Dignity,” a series of images of young women kidnapped and later released by Boko Haram after the government of Nigeria paid a hefty ransom. The photographs were taken by Adam Ferguson at the American University of Nigeria, in the city of Yola. The photos were accompanied by two essays, both written by its West Africa bureau chief, Dionne Searcey. The first, “How We Photographed Ex-Captives of Boko Haram,” details the problems with permissions, cakes and listening to Dolly Parton.

The second, “Kidnapped as Schoolgirls by Boko Haram: Here They Are Now,” details the girls’ histories of capture and release, although is primarily about the role of the university, where most of the women are now studying. However, the relationship between the Nigerian government, the American University staff and the women seems unclear in Searcey’s text. Her description, especially, of how she was able to navigate access does suggest some un-delved into agreement between the women who were captured and released by Boko Haram and the university where they seem (still) rather like captives. But I am most distracted by Searcey’s other essay, “How We Photographed Ex-Captives of Boko Haram,” on her struggle to get permission to meet with the women. The same goes for the photos themselves. Despite the stated goals of this project — to recapture on film the dignity of these young women — in the end what we get are 83 portraits that evoke only a single frozen moment in each women’s life, one that has everything to do with suffering and sorrow.

Although it seems that the young women might be in a limbo of officialdom, they still, one imagines, have come out of a harrowing time with different stories of before and after, different identities, different dreams and different possibilities in their lives ahead. Yet, there is nothing of this either in Searcy’s phenomenally tone-deaf rendition of the lament of the newspaperman in Africa nor in the images that resulted from all her hard work. The portraits are shot through the lens (sic) of an historical artefact from Nigeria’s past — the 1974 portrait of Adetutu “Tutu” Ademiluyi, by Ben Enwonwu. This portrait, though beautiful, also has a story of expropriation and disappearance and rediscovery attached to it.

Ferguson’s photographs show the women almost too successfully mirroring the inspirational artwork. The women in Ferguson’s photographs are young but seem old, they are beautiful but worn, stoic but sad. We can tell they are different women through the changing cloth of their head wraps or dresses or perhaps a slightly different angle of the body or head. There are glimpses of particular selves, a glint of anger in the eyes, an attempt to smile, a direct look into the camera. But these are flattened out by this choice to photograph women with such complex lives through the medium of a single portrait and possibly because photographing 83 portraits in a single day perforce flattens out personality, movement, life, history. The photographs freeze these women in positions of suffering and victimhood more than any repetition of their story might have done.

It is, though, astonishing that the New York Times would juxtapose such a collection of images with the story of a journalist’s tough road to capture them. It is quite literally a ludicrous juxtaposition between the extreme trauma and violence all of the photographs’ subjects have experienced and the pathetic struggles of an American writer in search of a particular image. It is, too, this image that beggars belief. The reams of film, paper and audio out there on the problems of the single story, especially about Africa, especially about African women, should have surely given Searcey and Ferguson pause. It is not just that they took 83 photographs to tell a single story. But that they took 83 incredible women with incredible stories to tell a single story about Dionne Searcey.

Photographs do have a long history of both disturbing the status quo, capturing the ignored, the hidden, the unseen. Olanrewaju Eweniyi, for example sees the therapeutic power of taking beautiful pictures of Boko Haram’s former captives. Laura Geiser, the photo editor of BuzzFeed News uses Ferguson’s portraits, especially those that include video as examples of images that can change the way we see the world. But photographs also have histories of reproducing violence, caricaturing complex situations and making fictional ideas about the world seem real. They leave too much out and often freeze, rather than challenge stereotypes. Portraits of Reconciliation, Pieter Hugo’s photographs posing perpetrator and victims in the Rwandan genocide side by side are, as Suchitra Vijayan’s essay in AIAC argues, a form of violence in themselves. Complex stories are, of course, notoriously hard to tell visually. But it is not impossible.

Rahima Gambo also photographs young students living in northeastern Nigeria whose lives are intrinsically impacted by Boko Haram’s violence. Her series of photographs, Education is Forbidden, like Ferguson’s work, looks directly at young women whose lives and learning spaces are torn apart by abductions and violence. Yet these images are characterized less by stillness than by vigor and action, a sense of moving forward invisible in Ferguson’s portraits.

Fati Abubakar’s photographs, featured ironically on her New York Times featured Instagram page @bitsofborno, chronicles the lives of people in Borno, the same state in Nigeria where Boko Haram first began operating in 2003. @bitsoborno is made up of images that, like Ferguson’s photographs, also draw inspiration from another image. Abubakar was inspired by representations of everyday life, such as the Instagram account @humansofny. The difference in inspiration, one of a static, stately portrait of an historical figure, the other of the vibrant multiplicity of people’s lives in New York City creates the clear differences between Abubakar’s photographs and Ferguson’s portraits. Her images of life in Borno, though marked by the violence and fear so present in Ferguson’s portraits, show the very different ways people live alongside and through trauma.

Glenna Gordon’s series Abducted Nigerian School Girls uses photographs of objects to really help us see the young women who were abducted. By creating a series of images of everyday objects left behind, school uniforms, notebooks, other clothes, jewelry and sandals, she uses photographs to do the kind of work Jason De León does with combining ethnography and use wear to really tell a material story of the trauma of border crossing. Objects make us see, not differently, but more powerfully the world as it is.

Photographs can then show the movement and dynamism in the lives of women but also their political and historical complexities and articulations. Even a little bit of this kind of thoughtfulness surely could have produced photographs of Asabe Goni, Comfort Bulus, Fatima Tabji, Yanke Shittima, Ruth Kolo, Gloria Maintah — and all the others Searcey writes about as if they were just out of her reach — that showed who they are today. 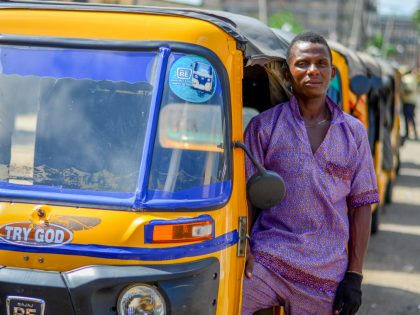 Offering a glimpse at daily life in the West African mega city. 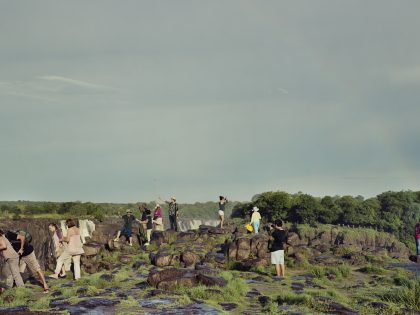 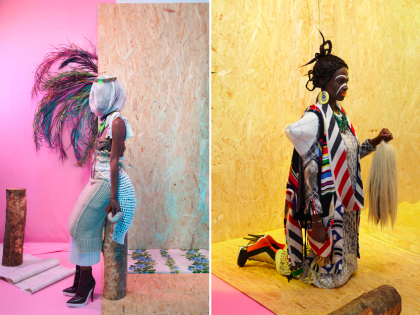