In October 2015, South African artist Ayanda Mabulu unveiled a painting of the country’s President, Jacob Zuma, “The Pornography of Power.” In the graphic painting, Zuma, inside a circus tent, laughs while a women, tied with a rope, gives him oral sex. The women is raped by a hyena. The backdrop is the logo of the ruling African National Congress. Mabulu said he wanted to depict how the country (represented by the young woman) was being “molested” by the Zuma and the ANC. Mabulu courts controversy: In 2010, he painted Zuma, along with Nelson Mandela, Desmond Tutu and Barack Obama, naked at a banquet. That painting, however, received little reaction in contrast to the now infamous 2012 Brett Murray rendition of Zuma, penis exposed in Lenin pose, which led to charges of racism (Murray is white) and debates about freedom of expression.

This time around Mabulu, who is black, stands alone. Now the ANC Women’s League (ANCWL) announced it would march against Mabulu’s latest effort for depicting the embattled Zuma “in a despicable manner that seeks to undermine his character and leadership of the country.” The Women’s League went on: “We stand behind our president and will protect him from any form of unwarranted attack on his character and leadership. Protecting our president is protecting our country.”

Contrary to some, I did not have an issue with the idea of marching against Mabulu’s painting. If they were protesting against the disgusting depiction of the black woman in the painting and how we as black women are tired of seeing ourselves beaten, raped, and brutalised in the name of male artists’ social commentary I would have been okay with it. The degrading way in which Jacob Zuma was depicted could have even featured as a secondary issue. But Jacob Zuma’s degradation was the only issue the march focused on. Once again, black women, whose pain and suffering is treated so carelessly by male artists such as Mabulu, did not feature, even in a conversation started by other black women. The ANCWL, which dates back to the 1930s and played a lead role in anti-Apartheid  resistance, is simply now an echo chamber for the ANC and its misogynist views.

It is not all terribly surprising. These days, the organization’s silence is often more powerful than their statements and actions. The ANCWL has been noticeably absent when brazen misogyny has reared its ugly head within the ANC party ranging from serious incidences, such as the Jacob Zuma rape trial of 2006, to the misogynistic comments often made by leaders of the ANC, including calling women dirty panties, attacking the weight and clothing choices of female parliamentary speakers, and referring to single women as deformities.

Most disturbingly, even when the ANCWL does tackle gender issues, many of their efforts still seem to miss the mark. The most recent example would have to be their stance on virginity testing and ukuthwala. The ANCWL rightfully condemned ukuthwala, the bastardized Xhosa practice of kidnapping young girls in order to force them into marriages with older men often for her family’s profit. But they retracted their earlier condemnation of virginity testing by stating that it is a valid method of preventing HIV infection and teenage pregnancy, and that as a “pro-choice” organisation, they believe that if a girl wants to participate in virginity testing then she should be supported in her decision.

This stance is problematic for a number of reasons. It seems to completely ignore the fact that the areas with the lowest rates of HIV infections and teen pregnancy are areas where comprehensive sex education and reliable birth control are wildly available. It places the onus of preventing HIV infections and teenage pregnancy on the girl’s ability to keep her legs closed and not also on the boy who shares half the responsibility. It also fails to problematize virginity testing as a whole as well as the mechanisms at play surrounding a girl’s consent. For example, if I am not comfortable with virginity testing but I know I will be branded a slut and ostracised if I don’t participate in it, one must question how much of a choice I really have. If one can safely say that this sort of slut shaming does not happen in communities where virginity testing is common in reaction to those who do not to participate in it, then, and only then, can one really speak of a woman’s choice in the matter.

While the ANC has some of the most progressive gender policies, there is a serious disconnect between what the party’s stance on gender is on paper and what its leaders are saying in public.

It is disappointing to say that the ANCWL today is a far cry from the anti-Apartheid organisation that earned its place in history under the leadership of women such as Lilian Ngoyi, Albertina Sisulu, and Winnie Madikizela-Mandela. Of  late, the organization has failed time and time again to check misogyny within the ANC and has made shallow attempts at best to check misogyny outside of it. If the ANCWL is going to be more than a hollow echo chamber for the party’s leaders, they need to go back to basics. But even that may be too late. 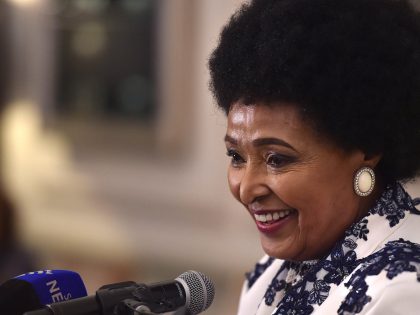