Taking the microphone at Durban Pride, Foundation for Human Rights LGBTI Coordinator Virginia Magwaza shouted a question to the two hundred or so participants who had initially gathered at the Snell Parade Amphitheatre on the city’s North Beach: “What does democracy feel like?”The crowd shouted back in excitement: “This is what democracy feels like!” So what was the feeling of being at Durban Pride?

Durban’s 2015 Pride march took place on a grey, drizzly afternoon on Saturday, June 27th. The area immediately surrounding the Sunken Gardens and Amphitheater in Durban’s North Beach area was fenced off, primarily due to the sale of alcohol at the event. The event, only in its fifth year despite Durban’s presence as South Africa’s third largest city, was initially sparsely attended, although attendance later swelled to about 2,500 by the end of the afternoon. Durban’s event offered a marked contrast to many other pride events—the attendance was relatively small, and the event was markedly free of commercial branding and sponsorship. Entrance to the area was free and sale of kitschy gay paraphilia was at a minimum — indeed, the Amphitheater offered far less rainbow imagery than any American’s Facebook feed 24 hours after the SCOTUS decision to allow gay marriages. Most of the affiliated stalls skirting the Amphitheater were service-oriented, indicating the event’s primary relationship with the Durban Lesbian and Gay Community and Health Centre. Participants could receive free HIV testing, learn about LGBT organizations, or pick up copies of the constitution and lists of their rights.

Durban Pride 2015 didn’t fit neatly into many of the pre-existing narratives about pride celebrations. The event was not a large commercial and apolitical presence offering simply a large party space, nor could it be easily classified as solely a local grassroots queer movement, like those seen in the alternate responses in Cape Town and Joburg. Durban stubbornly resisted either category. The attendees were a wide mix of racial, gender, and age groups.  Yet the event was also deeply structured by local histories and sensibilities.  Participants frequently broke out into struggle-era songs; marchers frequently shouted “Amandla! Awethu!”

Durban Pride 2015 felt simultaneously local and diffuse, not an unfamiliar feeling in a city of over 3 million host to both incredible diversity and recent outbreaks of xenophobic violence.

The pre-march speeches returned repeatedly to the continued reality of hate crimes and social violence as the most salient reason to continue Pride parades. Organizer Nonhlanhla Mkhize took the microphone to bluntly ask local ward councilors and government representatives, “Tell me, what are you all doing to make eThekwini [the isiZulu name for Durban] safe for moffies?”  Government officials offered speeches aimed at protecting queer members of the community. Perhaps most indicative of the multiple directions of the event, the final speaker was Craig Maggs, Mr. Gay South Africa, a hunky, muscular white man who flashed his abs and offered a moment of simultaneous consciousness raising and pinkwashing. The KZN-born Maggs called on the crowd to take on the responsibility for making South Africa a better place for LGBTI people while simultaneously admonishing them to appreciate their freedom, something unavailable in nearby places like Zimbabwe. Good-natured hectoring aside, the invocation of Zimbabwe as a negative comparative space invoked some of the tensions of the year’s earlier violence.  After a final call to celebrate, we began the six kilometer march along the Durban beach and back to the Amphitheatre space without incident.

As the post-march event shifted into high gear with drag performances, dance-offs, and community appeals, Virginia Magwaza’s words rang in our ears.  What did democracy feel like? Was Durban Pride a space where democracy was being lived, debated, and understood? How did it all fit together? The clearest place to begin seemed to be with Durban Pride’s organizing theme, “On Common Ground.” Asking participants how they understood the theme offered both a way to gauge people’s feelings about the event and the larger purpose of Prides in general.

Amongst the organizers, Director and Advocacy officer at the Durban Lesbian and Gay Community and Health Centre Nonhlanhla Mkhize explained that the theme signified not only a sense a unit, but a continued commitment to work together beyond the day’s events. She stressed that “on common ground” provided a way to think about continued interlinked struggles for justice throughout the year, implicitly linking struggles against xenophobia to those against homophobia in Durban.

Jason Fiddler, an organizer and Director of the Durban Gay and Lesbian Film Festival, argued that ‘On Common Ground’  worked as a theme because it allowed people to fill in “whatever they wanted afterwards,” creating a place where people take the theme and craft their own significant and individual meaning for the event. This is almost exactly what happened. The expansiveness of the theme allowed people to simultaneously individualize their concerns while thinking about a collective movement in Durban here and now.

While many Pride participants we talked to were not aware of the theme or did not have any particular interpretation, several participants did share specific thoughts on the theme.

“I’m going to look at it from myself and my profession,” offered one participant. “Black, African, lesbian, born and bred in one of the roughest townships in Durban where hate crime is a common occurrence. [But I work for the police so] I feel like, I’m safe. From the ground a policeman, I feel safe. I wish that everybody there — I wish I would share that common ground with them. I wish that they would feel as safe as I do. I am very lucky. I do have a decent enough job. I do live in a safe neighborhood. I wish I shared that common ground with a lot of the queer people who are at this event today.”

This response offered a particularly keen observation of the contradictions within South Africa’s two decades of neoliberal democracy. Recognizing the uneven transformation of the post-1994 world under an ANC-led government, this participant saw a ‘common ground’ as a space that mediated between those who had access to resources and protection, and those that didn’t. She saw herself as embodying these very contradictions, having moved from her place of origin (while marked by histories of race, class, gender, and sexuality) to her “good job” in a “good neighborhood.”  The ‘common ground’ she saw offered a potential to link people across material divides within a ‘New South Africa’ that has inconsistently raised people’s standards of living.

These views were not universal. As one white female participant explained, “I think what has been missing from Gay Pride Durban is the fact that — everything is so theme oriented with political issues that we’ve missed the whole thing, which is that we are all on common ground. [But] what I’ve found this year, everybody is just mingling and having fun and being happy and being out, loud, and proud because there are no issues, there is nothing that defines us except our sexuality. That’s it.”

This view saw Pride as an apolitical gathering, a “happy” gathering with “no issues… except our sexuality,” a strong claim in a city that so recently experienced xenophobic violence and has continued histories of unemployment and gender-based violence. Such a claim reveals the tensions in organizing Pride in Durban — should this be simply about celebrating LGBTI sexuality, or should this connect to other, inter-related social and political issues?

By contrast, another white female participant couched her interpretation of the theme in recent political events in South Africa. She shared, “It means a lot things actually, considering the recent xenophobic violence that we experienced. So I think for me the theme speaks about that or about kind of tolerance versus hatred, generally. Maybe it was because one of the ‘say no to xenophobia’ slogans was similar, like African unity — we are all here together. To me it relates LGBT struggles of rights to other foreign nationals in South Africa, gender rights, those kinds of things.”

For this particular observer, ‘on common ground’ did several things at once. It not only linked to politics of shared sexuality and organizing, but it also revolved around larger questions of inclusion. The ‘ground’ itself can refer to the highly contested ground of a (post)colonial state, where apartheid histories linger on in de facto segregated spaces, and where xenophobic violence polices who gets to claim to belong on the common grounds of eThekwini, of South Africa, of the larger continent.

As we walked around the wind-swept beach, watching all manner of people dancing to the pulsating rhythms emanating from the Pride stage, we asked once again, what does democracy feel like?

Democracy feels … strange. It feels like a constant tension between individualism and social consciousness. It feels like increased LGBTI visibility and increased backlash. It feels like one of the many facets of a daily life impacted by gender, race, class, and the many challenges of history. It feels complex and incomplete, where the common ground shifts and tilts beneath you on a windy winter afternoon. 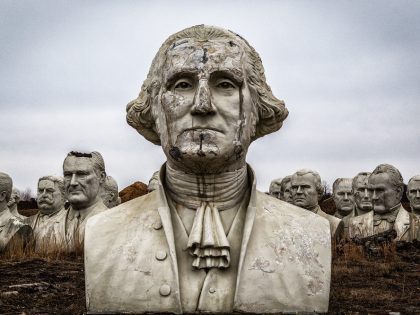 Political ‘tribalism’ has for far too long been seen as an African problem. It is also an American problem, reflecting parallel legacies of colonialism. 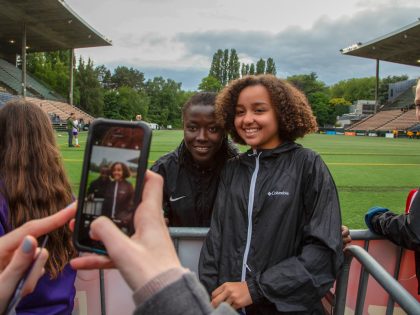