Ralph Bunche, the first African American to earn a PhD in Political Science at Harvard University in 1934, was the one most committed, professionally and politically, to championing change, redress and justice for Africans and descendants of Africa through international institutions. Bunche’s dissertation compared the French colonial administration of Dahomey with that of the neighboring League of Nations mandate territory, French Togoland. Bunche concluded that the administrations of French Togoland and Dahomey were nearly the same, despite the fact that the Mandate system had been designed to do to bring these territories into the “family of nations” as sovereign states. He identified three primary problems: the League’s supervisory Permanent Mandates Commission lacked oversight; the inhabitants of mandate territories had no possibility to participate in their administration; and the French, British, Belgian, and South African administrations were not held accountable.

Thirteen years later, Bunche drew on this analysis  in his contributions to the drafting of the UN Charter and as leader of the UN trusteeship system. That system built participation, oversight and accountability into the Trusteeship Council’s structure in a way that Bunch believed would ensure trust territory inhabitants’ preparation for self-governance. The Trusteeship Agreements signed between territorial administrators and the UN would be legally binding, allowing for international intervention in the event of their violation. The UN would send Visiting Missions into the trust territories to verify that administrative practices were compatible with the UN Charter. The trusteeship system would give voice to inhabitants to petition the UN directly unlike in the era of the League. And petition they did – in the thousands. But oversight and accountability still remained a problem. In all of Africa’s trust territories, the administering authorities – France, Great Britain, Belgium, Italy, and South Africa – violated the Trusteeship Agreements, and the UN was unable to enforce what should have been the most implementable system of supranational governance ever conceived.

The story of Ralph Bunche serves as a reminder that, while the black internationalist tradition is not hegemonic, fixed, or unidirectional,  it has historically rested upon the inclusion continental Africans.

Since the publication, in 1915, of Du Bois’s The Negroes, , which mapped the “Distribution of Negro Blood, Ancient and Modern,” Africans have been understood as integral  to the black international community on whose behalf activists have lobbied.  Yet continental Africans are decidedly absent from the International Decade of People of African Descent as the UN portrays it on its website.  Absent, too, is another characteristic of the black internationalist tradition: the retrieval of an African history before the Trans-Atlantic slave trade. The Decade project begins with the story of the enslaved en route to and in the New World. The unstated yet apparent separation of Africa-descended populations from their ancestral homeland – past and present – is a fault line in the project. I think Ralph Bunche would find this curious, to say the least.

To be sure, there are aspects of the Decade that a pragmatist such as Bunche would have applauded. While much of it is legally un-implementable, as are most UN projects, it does prescribe comprehensive reviews of domestic legislation in order to abolish provisions that entail discrimination against people of African descent; it strengthens national mechanisms to implement policies to combat racism; and it pledges to gather information to monitor the situation of people of African descent. While the dedication of the International Decade of Peoples of African Descent, like the Universal Declaration of Human Rights, is not legally binding, it offers a blueprint for activists – and that blueprint, like the Trusteeship System that Bunche designed, is founded on participation, oversight, and the ongoing need to hold member states accountable for their treatment of people of African descent. Would that African member states and their citizens were imagined as participants in the achievement of these laudable goals. 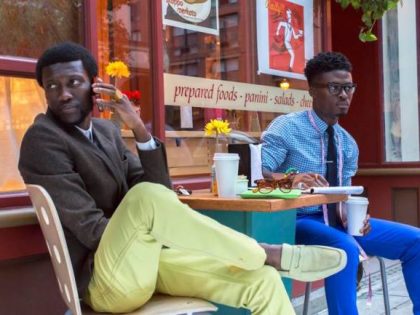 The apparel and accessory company, 54 Kingdoms, makes fashion with “a pan-Africanist sensibility.” They thought the African Cup of Nations is a good place to start. 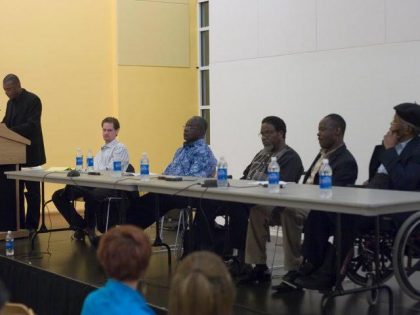 A Poet of Global Encounters

Chinua’s legacy is not fixed but rather about responding to change with energy and wit.