Hip-hop’s love affair with marijuana is a much-publicized affair. Artists such as Cypress Hill and Snoop Dogg have built careers by co-opting the good ganja crop and working it into their public personas. Of late, the likes of Wiz Khalifa and Flatbush Zombies continue to model themselves in line with stoner tendencies. South African hip-hop hasn’t been as vocal or showy about its habits, although a fair deal of emcees do indulge. We went on a hunt for some South African rap songs about marijuana and emerged with a list ranging from Cape Town’s Youngsta; to Gauteng-based Mothipa’s Mpharanyana-sampling three-verse letter to a love deferred; to rap troubador Hymphatic Thabs’ rally to just grow a crop.

Deenodee & Swish 8 – 8, “Norwegian breakfast”
“It’s another whole year where I was pedaling school/ meddling to understand what does it all come to” raps Deenodee on the introspective ‘Norwegian breakfast’, a song about weed’s capacity to have you thinking big, but also about the mind’s ability to drag you head-first into reality. “I take another pull and start to see it from a different view, the rent is due” says Swish, countering himself after going on a philosophical trip about equal opportunity, and a self-motivational wank about training one’s brain to master what they’re good at. Play this one very early in the morning!

Blaze 5th “Who Got The Bud?” (GreenHouse Project EP)
This is a directive in the mechanics of communal weed smoking uttered amidst the haze of jazzy horn samples and lazy beats. “Inhale/ exhale/ two puff, pass to the left and chill” says Cape Town-based Blaze 5th. This song is equal parts autobiography and mythology. Blaze shares his journey with the lady he calls Ms. Juana from the first day he ‘saw’ her (“and then the weed came/ good look, hooked from the first kiss”), and traverses the stars while name-checking the Dogon people of Mali as well as XXL Magazine.

Arsenic & Youngsta, “3rd Avenue Trippin’” (Deurie Naai Alliance)
Towards the end ofArsenic and Youngsta’s 15-track scorcher DNA is this little seed of weed plantation music. With Bob Marley and Bone Thugs as composers, it’s no wonder the outcome is so smooth. Youngsta reps the green-tinged leaf through detailed descriptions of his exquisite outings to other universes. Arsenic’s swinging drums and lammed-out synth pads provide the impetus necessary to transcend the physical and descend into astral galaxies. Play this one while chasing all your worries away at the end of a stressful day.

I don’t care about brands and the promotion/
as long as it’s pure green and it’s potent/
weed became ‘cheese’ and Swazi became golden/
but I don’t give a fuck what it is, I just smoke it

Hymphatic Thabs “Just grow a crop” (Perfect Times)
Hymphatic Thabs is a rap superhero. He possesses answers to questions which herbalists in the hip-hop community end up asking regularly, like “what’ll happen if I chain-smoke ganja?” Well, according to Thabs – an emcee who was pivotal in setting the template for indie rap success in South Africa through his prolific work in the early 2000s – it’s bad to smoke a lot. Why? Well, because you’ll end up talking total kak! This one’s for the heads; for the ciphers; for the moments where you just want to spark up yet be present in the here and now. Of course Thabs’ fabulous rhyme schemes and specialist flow shine through.

To owe the cops a bag of weed just has to be the most fucked-up tragedy
it dazzled me, but now at least I know what’s up

The Temple, “Ntsango”
It’s that echo at the very beginning that gets you. It catches you off-guard, wakes you up from slumber and locks you in= a trance. “Bem’Intsango” they chant, imploring you to light up; coercing you into their web of higher consciousness. These gentlemen know exactly what they’re doing; “ma-uganthayo abantu ba bemayo, wena u-insane” cautions  Kenny Mlambo of the rap duo The Temple. Along with his partner Jacky Mopedi, they form The Guru Group, “home to the subsidiaries Guru Apparel, Guru Photography and Guru Music respectively” according to their blog. Play this one as you prepare to leave the house at night.

Jam Jarr, “Space Jack” (Pura Obscura)
Imagine this: dusk is quickly approaching in the Western Cape town of Worcester. After an unbearably-hot day which had temperatures peaking in the high 30s, a cool breeze blows over the extreme dryness of the karoo. The occasion is a three-day alternative music festival called RAMfest. On one of the three stages is a figure who stands at approximately no shorter than six feet; he’s rapping, and somewhere in the middle, he makes a pronouncement – something to the effect of his love for weed. His partner lets loose very mean electronic beats; the crowd gathered before this duo, Jam Jarr, treat every passing moment with sheer admiration. It’s a ganja party, and everyone’s invited. Now stop imagining; that’s how it really went down. 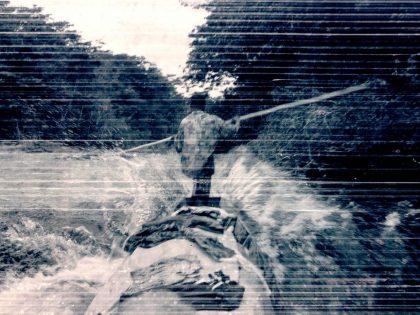 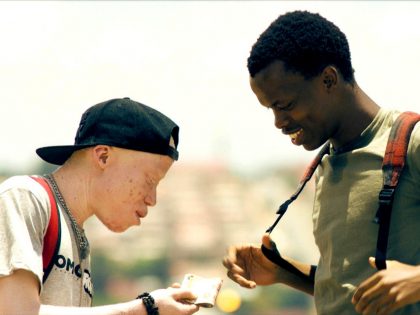 The new comedy ‘Matwetwe’ hits all the right chords to tell a story about the current place and time of South African youth. 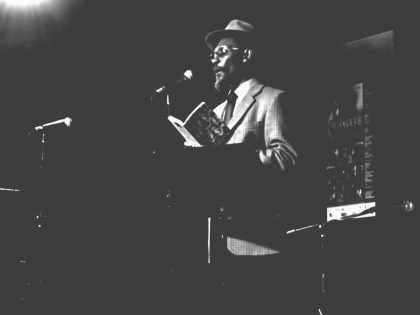 The originator of dub poetry talks about the role of culture in politics, antiracist and class struggle in the UK. 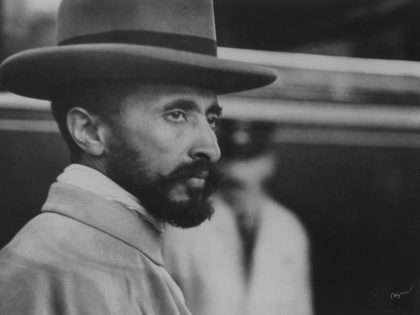 Rastafari and His Imperial Majesty

It’s understandable that Rastafari aren’t critical about Haile Selassie, but the idealization of the monarch and Ethiopia in general can prevent critical analysis.