It is that time of the year again when Sinterklaas (Saint Nicholas) and his little black slaves give candy to children in the Netherlands. As you’re aware, “Zwarte Pieten” (translated: Black Petes) is how the helpers of Saint Nicholas are known. The Sinterklaas character is an old white man resembling Father Christmas. So far, so good. The Zwartepieten, by contrast, come complete with blackface. The blackface is complemented with golliwog-style wigs, pronounced red lips, a gold earring in one ear and Pieten speak with funny accents. These days, however, the Dutch can’t hide how racist this “tradition” is anymore. Everyone from the New York Times, BBC to CNN has covered it. We’ve had a few spats on Twitter, Facebook and on Africa is a Country’s social media some people — mostly Dutch, it seems — defending this “tradition” and insisting that blackface is just clean fun. Or that the kids like it, so it can’t be bad. Anyway, we compiled a list of the 10 excuses most Dutch people make for this racism. They’re written the way people make these arguments:

1.  Slavery was such a long time ago; slavery has nothing to do with Zwarte Piet. It’s just those who like to be victims, who still complain about slavery. The Dutch only had a small percentage of slaves either way. Rather let’s just talk about the glorious V.O.C period and how the Dutch pioneered trade in goods.

2. The Dutch don’t even see color; everybody is equal here and blacks and whites are totally treated equally. Why else would they want to live here, right? Discrimination on the labor market? That happens to everyone, even to blonde people, you know.

4. My black neighbors’ daughter likes Zwarte Piet; see even black people dress up as Zwarte Piet. Are they racist too? And people on Curacao also celebrate Zwarte Piet and they love it. If they do it then there must not be anything wrong with it, right?

5. Zwarte Piet is not Blackface; blackface is only in the United States, here it’s just different. Zwarte Piet came through a chimney and that made him black. There’s plenty of neutral and non-biased research done on that. And his afro wig, red lips and golden earrings are just funny. Nothing to do with stereotypes.

7. Opponents and critics of Zwarte Piet are extremist; opponents must at all times refrain from trying to say anything about the national blackface hero in relation to racism. If you speak up in the public domain on Dutch institutional racism and white hegemony, you are an extremist by default.

8. By opposing Zwarte Piet you are actually creating racism; we never had racism but now that these extremists and other folks kept talking about it, well yes, now you have created a divide that didn’t exist before. Racism is just magic.

10. It’s never our intention to be racist; if you think Zwarte Piet is racist, which he is not, you must understand that if the intention is not racist it can never be racist. You shouldn’t be using the word racism so lightly either way. Just don’t be offended so easily. We make fun of Dutch people, Chinese people, farmers, Negroes, everyone! That’s just Dutch culture — not racism. 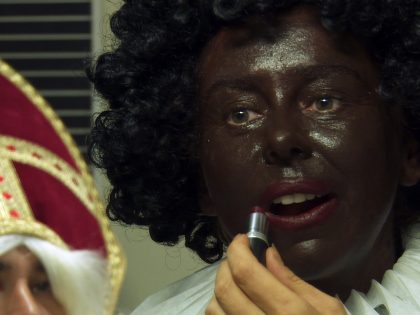 Tis the blackface season in the Netherlands

Zwarte Piet is just more evidence of how the Dutch majority silences and denies racist realities, especially that of black people there. 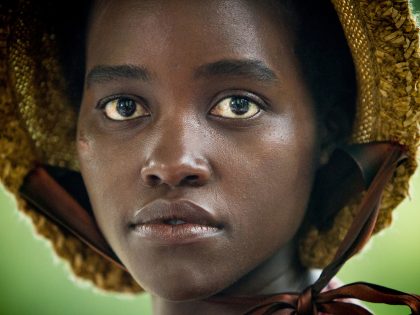 Steve McQueen and the Dutch

The Dutch are quick to celebrate “12 Years a Slave,” but what if Steve McQueen had decided to make the film about Dutch slavery and colonial history?