No matter where in the world you are, by now you have likely heard about Toronto mayor (to some a human train wreck) Rob Ford and the infamous video in which he appears to smoke crack cocaine while making racist and homophobic remarks.

Like many right wing populists, Ford’s racial insensitivity is, for a certain segment of his supporters, part of his blue collar “down home” appeal. (Of course, like many politicians of his ilk, Ford isn’t actually blue collar at all.) Whether intentionally or not, however, Ford’s critics are also guilty of racism. In their attacks against the mayor, they have played on the prejudice against Somalis that is prevalent in Toronto and other major Canadian cities

Fleeing civil war, over 55,000 Somali refugees, arrived in Canada between 1988 and 1996, more than doubling the country’s Somali population. More than half of these new arrivals settled in Toronto, many in the high rise apartment buildings on Dixon Road—now often referred to as “Little Mogadishu”—where the Ford crack video was allegedly shot. There are also significant Somali populations in cities such as Edmonton, and in my hometown of Ottawa.

What followed is, regrettably, a familiar story: Alarmist media reports about the “swarms” of Somalis arriving on Canadian shores. A small segment of the Somali community, mostly young men, responding to their socio-economic marginalization by becoming involved in ethnicity-based criminal gangs. Media sensationalism and police profiling which exaggerated the scope of Somali criminality. And lastly, but most of all, the age old truism that, when presented with a group of people who look, speak, and think much differently than we do, many of us tend to fall into the seemingly comforting embrace of stereotyping and prejudice. It is difficult, here, to pull apart cause and effect.

I feel the need, at this point, to admit my own complicity. When I was in eleventh or twelfth grade a number of new students, many of Somali background, arrived at my high school. Faced with an unfamiliar group that we couldn’t immediately understand, some of my friends and I succumbed to stereotyping. One day, a friend who was particularly adept at impressions saw a group of Somali students loudly mocking one another for wearing counterfeit brand name clothing and turned it into a comedy bit. I soon joined in. We would walk up to one another in the halls and, sucking our tongues between our teeth, make a show of examining one another’s polo shirts, jackets, backpacks. “Yo, dis is fake!” we would shout in exaggerated accents, sometimes snapping our limp index fingers against the side of our hands for effect. “This is the fake one!”

As racism goes it was mild, Saturday Night Live sketch type racism, but it was racist all the same. I’m completely ashamed of it. Our youthful shenanigans, however, didn’t begin to approach the ugly, biting racism that I frequently heard directed at Somali Canadians: A friend who is normally a big fan of hip-hop dismissed my recommendation that he check out K’naan by saying, “Isn’t he a f*cking Somalian?” An inebriated older acquaintance who encountered Somalis frequently in his work referred to them as “chocolate covered q-tips.” And all of this is before we get to the structural and institutional racism faced everyday by Somali immigrants and refugees.

A 2011 article in Taki’s Magazine, titled “Canada’s Somali problem” provides an extreme example of such attitudes, which are nevertheless more widespread that one would like to believe. In a few paragraphs, the author manages to invoke nearly every stereotype commonly affixed to Somali Canadians, painting them as khat-chewing, female genital mutilating criminals sucking at the government teat all the while destroying Canadian society from the inside. She concludes with the following: “No offense, guys, but we’d rather you stuck with murdering your own kind—and doing it somewhere else.”

All of which brings me back to Rob Ford. The first newspaper to report the existence of the crack cocaine video this past May was The Toronto Star. (The Star article followed an earlier report on the website Gawker.) The Star justified its decision to publish the allegations against the mayor on the grounds that the information was in the public interest. By doing drugs and getting “mixed up” in “the underworld of Toronto,” Ford had “opened himself up to blackmail.” His actions “called into question his judgment, his state of mind, his health.”

All of this is true. A look at the text of the original Toronto Star article, however, reveals something more insidious. The sub-headline of that article reads: “A video that appears to show Toronto’s mayor smoking crack is being shopped around by a group of Somali men involved in the drug trade.” The article goes on to use the descriptor ‘Somali’ so many times that, a few weeks later, the paper felt compelled to print an apology.

And it wasn’t only The Star. Time and again, in the weeks that followed the allegations against mayor—in the news, on social media, and in conversation—the ethnicity of those supposedly in possession of the crack video came up in way that it simply wouldn’t have if Ford’s drug dealer friends had been, say, Irish.

If the Ford video showed him snorting powder cocaine in the back of a fancy restaurant with white guys in nice suits (which, incidentally, Ford is now also alleged to have done) would people still think that it was as big a deal? (I am reminded here of André Boisclair, a Québec politician who admitted snorting cocaine while a provincial cabinet minister and was subsequently elected leader of his party.)

Would the initial reports of Ford’s illicit activities have been as alarming had they not been accompanied by the photo (above) of a glassy-eyed, red-faced Ford posing with three young black men? (Those shopping the video provided the photo, which shows Ford with three accused gang members, one of whom was later murdered, to Gawker and The Star. It remains the visual most closely associated with the crack allegations. The video itself is in the hands of the Toronto Police and has not, as of yet, been made public.)

Would the violence allegedly linked with attempts to recover the video before it became public be of more concern if those affected were less “typical” crime victims? If the public wasn’t already conditioned to think, on some level, that shootings and assaults were “the kind of thing that happen” in Little Mogadishu, and to Somali Canadians, anyway?

Of course none of this is to say that Ford is even a little bit in the right. And the attempts by Ford and his city councilor brother, Doug to evade accusations about the mayor’s activities by painting those making them as racists have been transparent and self-serving.

Make no mistake about it, though. Racism against Somali Canadians is a real problem. It is present not only on the right, but the left as well. And it is playing an important role in conditioning the public response to the mayor’s actions.

As someone is hopefully telling Rob Ford right now, the first step is admitting you have a problem. 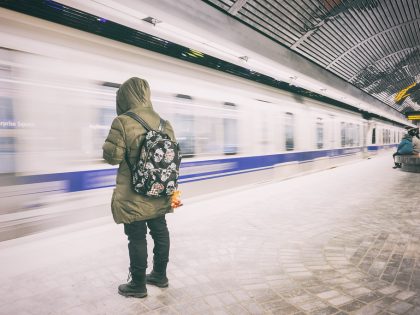 Canada and the cover of whiteness