Kehinde Wiley has seemed unstoppable. In the last five years, the artist has gathered praise from all over the place, established a high price for this work, and developed a highly distinctive style. His wildly ambitious World Stage series, documenting life in Africa, Asia, South America and the Middle East, looks for an unparalleled authority to represent the African diaspora. A recent trip to Israel, however, and the new sub-set he produced there–World Stage: Israel–raises some doubts about his practice.

The paintings were exhibited at the Jewish Museum in New York earlier this year (and can be seen on the artist’s website). The portraits are broadly consistent with Wiley’s previous work: a diverse group of men Wiley met during his trip, posed but realistically represented, overlaid with patterns from fabrics Wiley finds in a market.

There’s a video of Wiley’s trip, in which he meets a group of young Ethiopian-Israeli men, one of whom — Kalkidan Mashasha — raps about his journey from Africa to Israel:

Another version of the video, by Dwayne Rodgers, is available here. We see Wiley interviewing the rapper, who says:

Inside of me with hip hop I got no fear … when I got the hip hop you know I’m fearless … I feel like a got a weapon.

There are images of Wiley and his crew directing the sitters’ poses, and we hear the artist’s explanation for the World Stage series:

Each location I choose in the World Stage comes about because I want to mine where the world is right now, and chart the presence of black and brown people throughout the world … Every time I travel throughout the world I find there is a certain essence to black American culture that has been globalised, and there’s a sense in which every country finds its own specific response.

None of this is particularly objectionable; indeed it all feels a natural extension of Wiley’s artistic project up until now. The artist talks about how his expectations travelling to Israel were overturned, but it is not clear what they were replaced by. In spite of Wiley’s stated desire to ‘mine where the world is’, there does not seem to be any deep-thinking involved in his taxonomy, for which the social is mere ornamentation. Perhaps this is why his rationale for the Israel series seems superficial, almost naive.

After recent debates over the treatment of black and African citizens in Israel, including the complex exclusions of national identification Olufemi Terry wrote about on this blog, it is clear that this is an issue worthy of confrontation, and a contribution by an artist of Wiley’s stature should enrich the conversation. In a valuable review of the Jewish Museum exhibition at the Jewish Daily Forward, Jillian Steinhauer notes that it first appeared at Wiley’s gallery in LA, Roberts & Tilton, before coming to the east coast, and remarks “there’s still something disconcerting about vines of the commercial art world creeping into museum galleries like this.”

There’s no doubt that Wiley’s practice is determinedly founded in the commercial, almost Catholic interest in contemporary iconography: the details on a man’s t-shirt, his piercings, the numerous subtle ways cosmopolitans signal our distinction. In these paintings the tentacles of the decorative overlay are woven over and into the subjects, as if the painting were flirting with the idea of dispensing with its subject altogether, and filling the canvas with ornamentation.

>Wiley has created small sculptures of two lions holding the Ten Commandments to top the frames of the Jews; the Arabs, meanwhile, get two lions holding a plaque with a Hebrew translation of the famous Rodney King line, “Can we all get along?” This vexes; its significance beyond vague feelings of brotherly solidarity is elusive. A more logical and potentially meaningful choice might have been a line from the Quran or from Arabic poetry — or at least the Rodney King line in Arabic. As an artist concerned with power and empowerment, Wiley could do better.

It’s unclear exactly what an art which confronts the complex political realities and powerful injustices of life in Israel would look like. The quotation from Rodney King’s appeal to racial unity is the most obvious evidence of Wiley’s failure to confront the demands of the task he set himself. A tragic footnote to twentieth century American history, King — the construction worker whose famous beating by a vicious gang of police was one of the catalysts of the 1991 LA riots, later won a large compensation settlement, struggled to overcome his alcoholism, appeared on several celebrity addiction TV programmes — was found by his fiancée at the bottom of a swimming pool in June, days before Wiley’s exhibition came down. 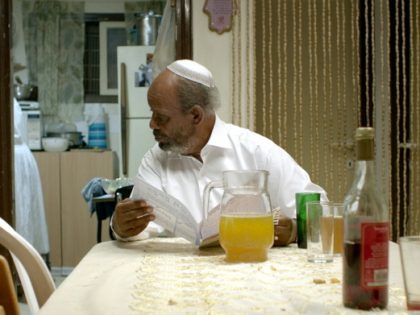 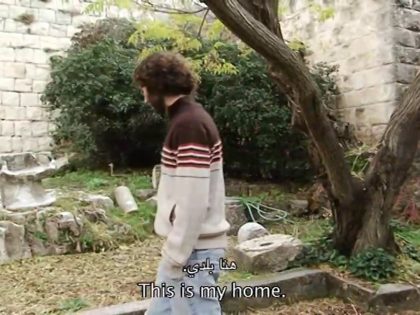 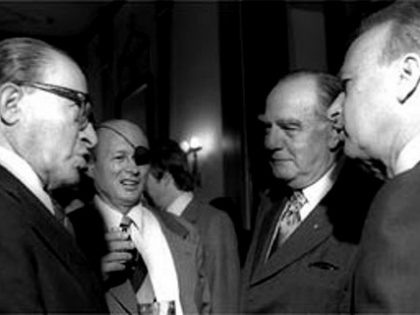