This is an edited version of a review that I first wrote for The National.

Between 1960 and 1968 no less than 33 African nations were granted independence. For many of these territories freedom from external control also meant the start of a much wider process of decolonization, but one story is altogether different. Both before and right after the declaration of South African independence in 1961, the apartheid regime’s political repression of the black majority increased. That same year, organized opposition by blacks was outlawed, viewed as a form of terrorism. In March 1960, police officers murdered 69 people and wounded 180 others in the Sharpeville massacre. In 1963, the activist Looksmart Ngudle became the first of many political prisoners to die in police detention. Then, in the most famous of a series of show trials, Nelson Mandela was sentenced to life in prison along with nine other leaders of the banned African National Congress in 1964. Later the government removed by force a total of three million blacks from newly declared “white group areas”, leaving them with no other choice than to live in separate racially segregated townships. Finally, in 1970 the all-white parliament passed a law that stripped black South Africans of their citizenship, instead making them people of one of 10 designated tribal homelands.

In this climate of fear and persecution, any form of artistic expression within the black community was a risky business. In the case of music, censorship, regulation of where artists could play, enforcement of the infamous pass laws (which required blacks to carry “pass books” when in “white” areas), the influence of unscrupulous record companies and pressure on bands to play “tribal” music in order to be heard on state radio – then the only game in town – led many of the era’s best-known performers, including Hugh Masekala and Miriam Makeba, to leave the country. By most accounts, South African music only began to recover in the 1980s, thanks to a renaissance of jazz and domestic pop, and a growing international interest in “world music”. In fact, Paul Simon’s controversial 1985 visit to Johannesburg, his subsequent album Graceland and its accompanying tour with Masekela, Makeba and Ladysmith Black Mambazo, is often viewed as a turning point for the nation’s musical fortunes.

What often gets lost within the narratives of oppression and exile, though, is that the 1960s and 1970s also proved to be an exceptionally vibrant and creative period. Many artists stayed in the black neighborhoods and townships, continuing to play and release music that allowed its listeners an escape from the harsh realities of everyday life and, by its very existence, challenged the iniquities of apartheid.

Lately a number of efforts have been made to introduce this music to the mainstream. In 2004 the South African label Sheer Sound released Soweto Blues: Jazz and Politics in South Africa, a CD accompaniment to a book by the journalist Gwen Ansell. Meanwhile, a disparate group of African-music blogs – most notably Matsuli Music and Electric Jive – have provided glimpses of the period’s overlooked treasures. Now, though, courtesy of the British reissue label Strut Records, comes perhaps the most significant and comprehensive attempt to bring these sounds to the wider world.

Compiled by the record collector Duncan Brooker and the music historian Francis Gooding, Next Stop… Soweto is a three-CD series of township music. [The album series are re-releases of rare 45s and other recordings from 1960s and 1970s South Africa. The first installment showcases “Township Sounds from the Golden Age of Mbaqanga.”  This is the kind of music that drove Paul Simon’s “Graceland” album and what you hear in Vampire Weekend’s music. The second and third are: “Soultown: R&B, Funk & Psych Sounds from the Townships 1969-1976” and “Giants, Ministers and Makers: Jazz in South Africa 1963-1984.”]

Each disc focuses on a different time period and musical style, providing context via detailed notes and previously unpublished archive photography. The first instalment, as its name suggests, showcases Township Sounds from the Golden Age of Mbaqanga. Mbaqanga combined rural Zulu vocal harmonies with western instrumentation in a way that was considered African enough to fall within the authorities’ “tribal” brackets. As it was not viewed to be an overt threat to the status quo, a thriving scene was allowed to grow, creating a number of well-loved hits and launching the careers of several local stars. Indeed, some went on to achieve much wider acclaim, especially the Mahotella Queens (here also credited as Mahlatini and the Queens). Where this collection differs from others is that the overwhelming majority of the musicians it features are largely unknown outside their original market. For instance, a whole new audience will be introduced to the African Swingsters’ Emuva and the Lucky Strike Sisters’ Mr JM Mpanza, an ode to a squatters’ rights leader. It’s infectious stuff, and if mbaqanga’s exuberant rhythms sound familiar to pop audiences today, one need only look to the first two albums by Vampire Weekend to see why.

The second and third CDs – Soultown: R&B, Funk & Psych Sounds from the Townships 1969-1976 and Giants, Ministers and Makers: Jazz in South Africa 1963-1984 are, however, the most adventurous. Both represent the sound of a defiantly modern black South Africa; one that actively resists government-imposed definitions of what constitutes African music and reaches out across the globe for both sonic and political inspiration.

On Soultown the philosophies of civil-rights-era black consciousness are as clear an influence as the Hammond organs of Booker T and Jimmy Smith. Also remarkable is the pan-African spirit of these recordings. As a direct consequence of its almost century-long isolation, South Africa is often portrayed as a parochial nation, at odds with the rest of the continent. But, over a terrific funk instrumental, The Heroes proudly claim their place in wider African culture, exhorting listeners to “come with me” to Lubumbashi, Kinshasa and “the shores of Lake Malawi”. The standout track, however, is Wait and See by the Heshoo Beshoo Band (a name that roughly translates from the Xhosa as “moving forward with force”), which combines US-style hard-bop with nods to mbaqanga and the work of artists such as the South African pianist Abdullah Ibrahim.

Giants, Ministers and Makers, concentrates on an even further-reaching embrace of contemporary jazz. By way of illustration, the Mankunku Quartet (led by the tenor sax of the late Winston “Mankunku” Ngozi, a fixture on the Cape Town scene up until his death in October 2009) even offer a track named Daddy Trane and Wayne Shorter. Meanwhile, contributions such as Spring by the Chris Schilder Quartet (Schilder changed his name to Ebrahim Khalil Shihab when he converted to Islam) and Switch by the white bandleader Chris McGregor and his mostly black, brewery-sponsored Castle Lager Big Band continue in a similar, swinging vein. Though all three compositions are successful enough, it is Mankunku who appears the most at ease with the changing landscape of jazz outside of South Africa (cross-reference his monumental 1968 album Yakhal’ Inkomo). More than anything, though, these tracks serve as a reminder that, beyond the world-famous names of Makeba, Masekela and Ibrahim, there still exists a stunning, wide-ranging and largely ignored catalogue of South African music from this period.

In addition to comprising a wealth of music that deserves to be appreciated and reappraised in any event, the Next Stop… Soweto series could not be better timed. For the next month the Fifa World Cup will place South Africa at the forefront of global consciousness – and there is a certain thematic synchronicity between these compilations and recent events.

It appears that for the duration of the competition, attempts have been made to present a sanitised view of South African culture similar to that which prevailed during less open and inclusive years. In late March the woeful lack of South African performers scheduled to appear at officially sanctioned concerts was met with threats of public protest. Though Fifa eventually made moves to include more national stars, including Masekela and Vusi Mahlasela, this will be cold comfort for South African musicians. Still, this isn’t the first time that large swathes of the country’s talent have been excluded from public view. The chances are that many of them will simply do what their predecessors did before them: treat this snub as a temporary setback and get on with creating bold, homegrown sounds for the devoted audiences they already command. After all, as “Next Stop … Soweto” proves, if apartheid could not stop the music, nothing else will.

Masauko Chipembere’s first solo album is a remarkable achievement and a timely musical reminder of the circular nature of pan-Africanist consciousness. 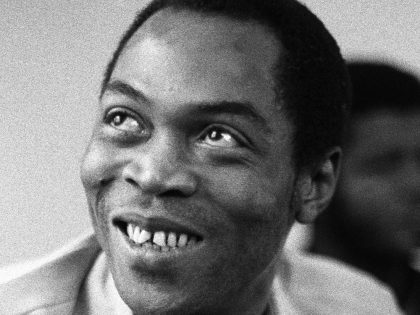 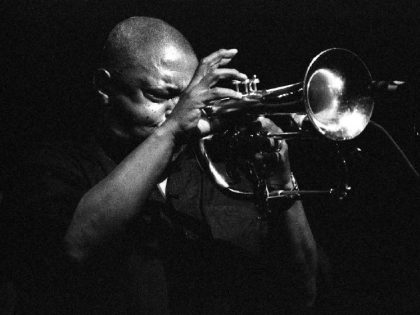 There’s no record that Hugh Masekela could play football. But he acted like he could kick a ball in a music video.