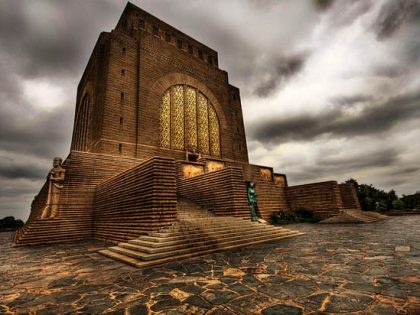 The Voortrekker Monument and “the many mistakes” of the Afrikaner past

On a recent trip to South Africa, I managed to fit in a visit to the Voortrekker Monument, the enormous mausoleum on a hilltop just outside the capital Pretoria. The monument, which celebrates Afrikaner nationalism, was begun in 1938 on the centenary of the Great Trek, and inaugurated by the recently installed National Party eleven years later on December 16, 1949 (the anniversary of the Boers’ triumph over the Zulu at Blood River).