Glenn Fortune (Kevin Smith) is up against it. Suave and old-school, dressed in white, the businessman is meant to be celebrating among friends and family at his club, the Oasis. But left and right, people are on his neck. Loans are falling due. He is on the brink of divorce and family members are turning against him as sharks circle to take over his club. Glenn is a good man in a tough situation, facing difficult choices. It’s a kak situation, and he needs to find a way out.

These are some of the opening scenes of the first episode of Skemerdans, a 13-part Cape Flats noir series set to be screened on African streaming service Showmax, run by Multichoice. Written and directed by Amy Jephta and Ephraim Gordon, it casts a darker, grittier view on the Afrikaans Cape Town drama. There is no mountain. No sea. This is the nocturnal world of jazz and whiskey and shady characters: the shadow world of the Cape.

The cast of actors is familiar from South African television drama and soap operas. Kevin Smith is charismatic enough to pull off the role of a washed-up Glenn Fortune, while his wife, Ilse Klink, brings her familiar mercurial acting to bear on the role of Shireen. It’s a setup for a fierce character that is sure to develop as the series goes on.

There is a streak of humor that graciously cuts the tension from time to time. And that humor takes the form of Denver the barman (who chises the boss’s well-travelled daughter) and Melanie the waitress (who reminds him he only knows three languages: English, Afrikaans, and Kakpraat, or shit talking). While the high-stakes dealings are going on, they have the kind of gat-maakery skinner conversations we have with our friends. And, in a sense, they become the characters that ground the film for the viewer.

What makes it remarkable is that while it feels like you’re walking into an old-time noir novel, the show is also viscerally relatable and immediate because we know these spaces. We recognize the streets and smile at the references. We’ve also jazzed at Club Galaxy, a Cape Flats institution. We’ve seen how smet (dirty) Voortrekker Road can get at night. The old sax is playing “Montreal” by The Tony Schilder Trio. We know this scene; we’ve been here. It’s familiar and endearing for this reason. It’s also darker for this reason.

The episode is beautifully shot, with dark and smoky scenes that bring the club setting and the pensive mood to life. In a way, it presents the Galaxy nightclub as an important but unstated lead character in its own right.

This is not Seven de Laan. The plot creaks with the tension of drama under the surface, of complicated characters, broken promises and double dealing, all shaded by the lights of the Oasis. The noir elements are undeniable: it’s the neon lights reflected in dark gutter water, street lamps and gold chains gleaming in the shadows, a pair of eyes in the rearview mirror. Every moment is loaded with tension. While the transitions feel dreamlike, the sense of doom builds as you watch Skemerdans, and you know that things can escalate at any point. But it is also not your Cape Flats gangster film, like Noem My Skollie, Four Corners, or the drug-addled Dollars and White Pipes. It steers clear of romanticized depictions of masculine hyper-violence, the near-inescapable tyranny of working class life, and grand themes of redemption. Yasss.

The aesthetic is a deliberately stylized one, with the muted shades of the immaculate suits, the metallic sheen of the scotch, the charred gold glint of the old saxophone playing in the club. Black and white piano keys and the final crimson blood splatter that sets up the mystery: who did it?

There’s a reference to Edward Street in Bellville when the club owner’s prodigal daughter remarks that she and her friends “wil vir Edward Street nog wakker maak” (want to still wake up Edward Street). We enjoyed this reference on two levels: first, because of our early twenties nostalgia for that space. But on another level, there’s a serious and real underworld parallel buried in that reference. Edward Street has a notorious history of shootouts and underworld figures monopolizing nightclub strips by force. Albeit a fleeting reference, it invokes a Cape Town reality of household names forcibly taking over long-standing aboveboard family operations with a “Name your price—or else…” In fact, this is the central premise of the debut episode.

A delicious one-liner from the show throws this predicament into stark relief: “Be the showman, be the distraction, entertain the masses with your sequined jacket and your magic tricks, we’ll be the machinery underwater.” The machinery underwater is exactly what Skemerdans unveils and imagines so well.

Despite the stark interplay between the shadowy threats and the glittering stage, the opening episode continues to feel close. There’s the glitzy dress sauntering down the spiral staircase, the languid entrance of a starlet that feels very Hollywood. But there’s also the daddy-daughter dance after a toast to the rise of a family from Athlone, and the voice of the nightclub host played by Allistair Izobell—a local nightclub legend—which will have you feeling like you’re in your family home listening to the radio. Even towards the end, when the returning daughter gets a dreaded phone call, it’s from her Uncle Trev. Everyone has that Uncle Trev. Through stylistic choices, this noir series makes the familiar iconic.

It is a mal interpretation of Cape Flats nightlife. We can’t wait to see the drama unfold. 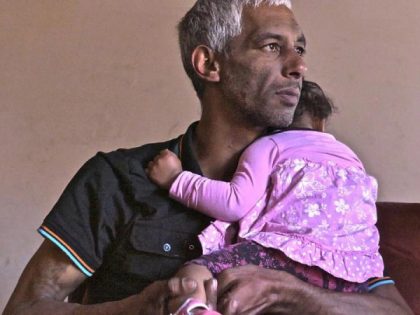 If you wish to gain some insight into the turmoil of gangland Cape Town, it’s worth starting with the films of Riaan Hendricks and Dylan Valley. 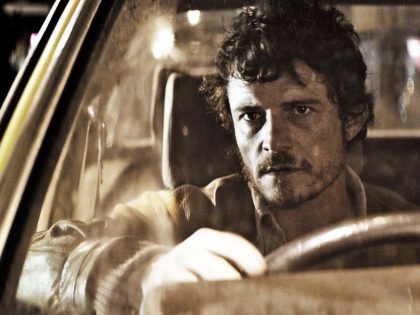 Michael Caine on the Cape Flats

The film “Zulu” – starring Forest Whitaker and Orlando Bloom – are getting lukewarm reviews. Is the novel, it’s based on, any good? 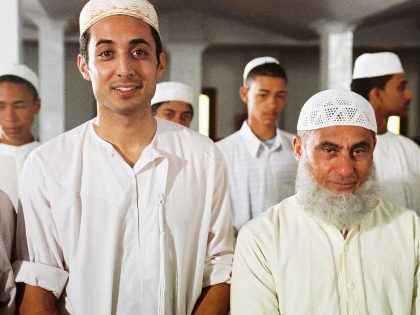 How to make a movie about Muslims

The South African comedy drama, “Material,” portrays Muslims and Islam without resorting to the regular comedic clichés and slapstick.